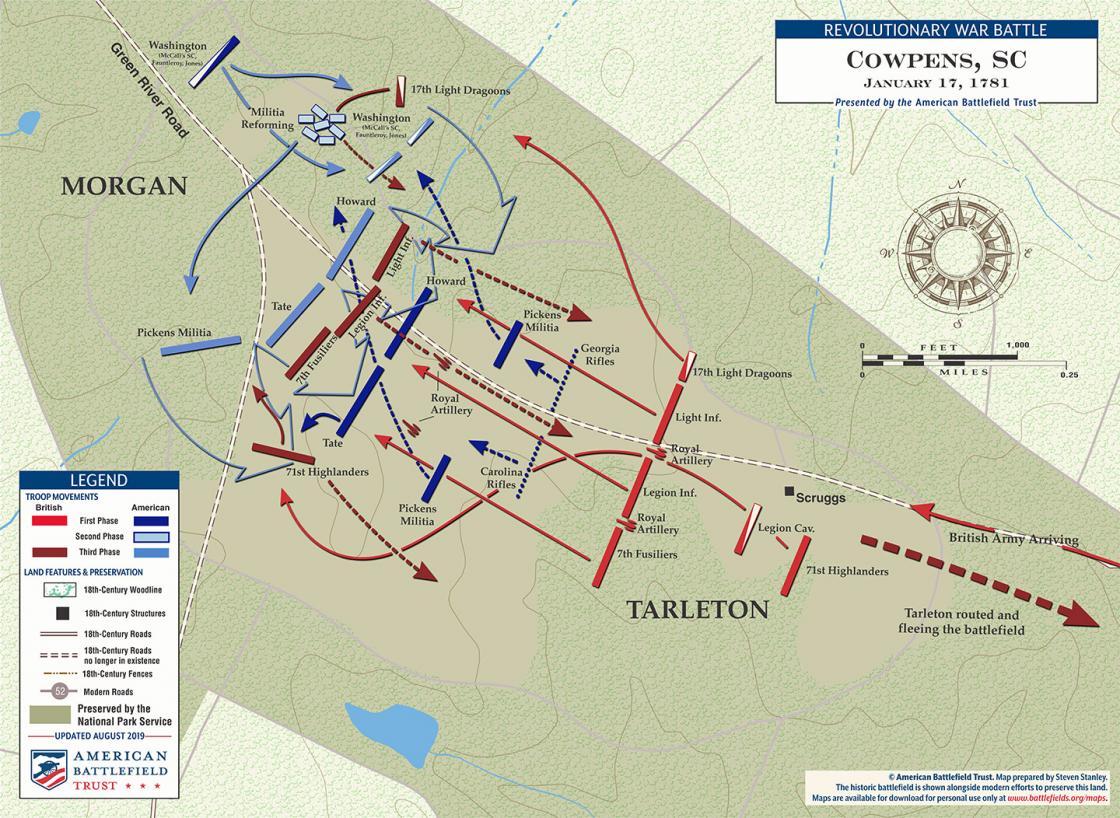 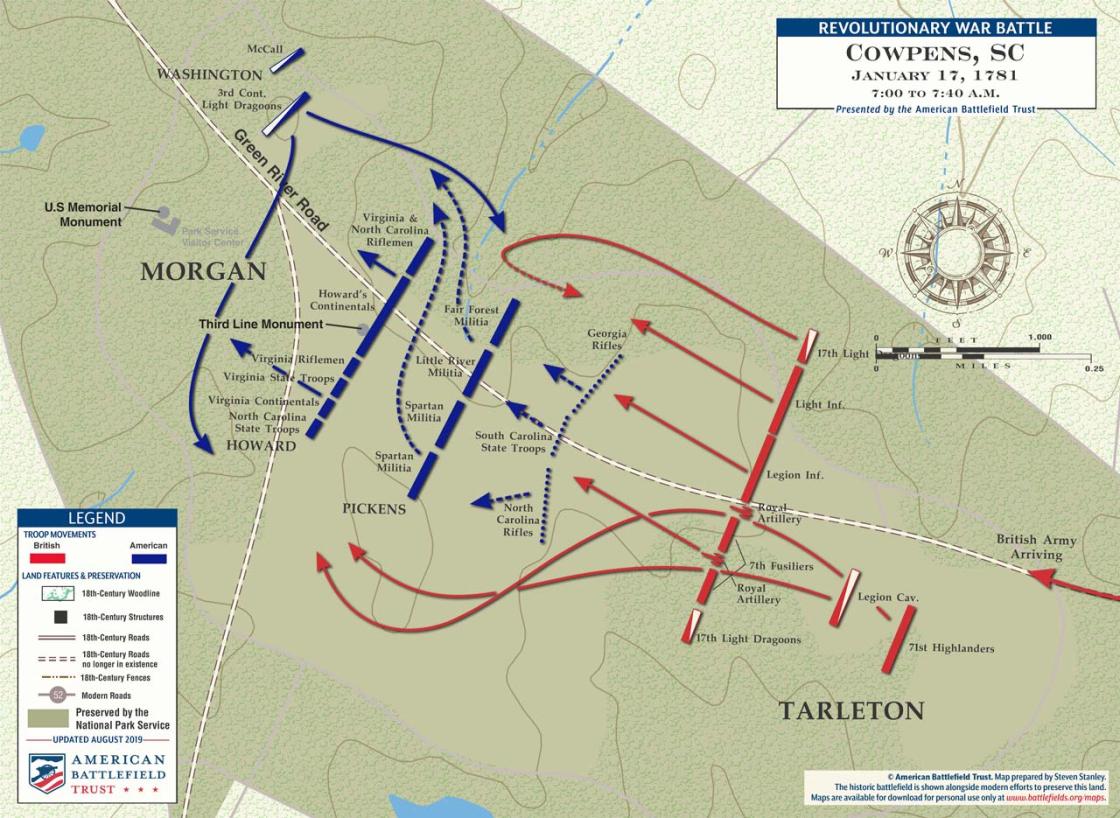 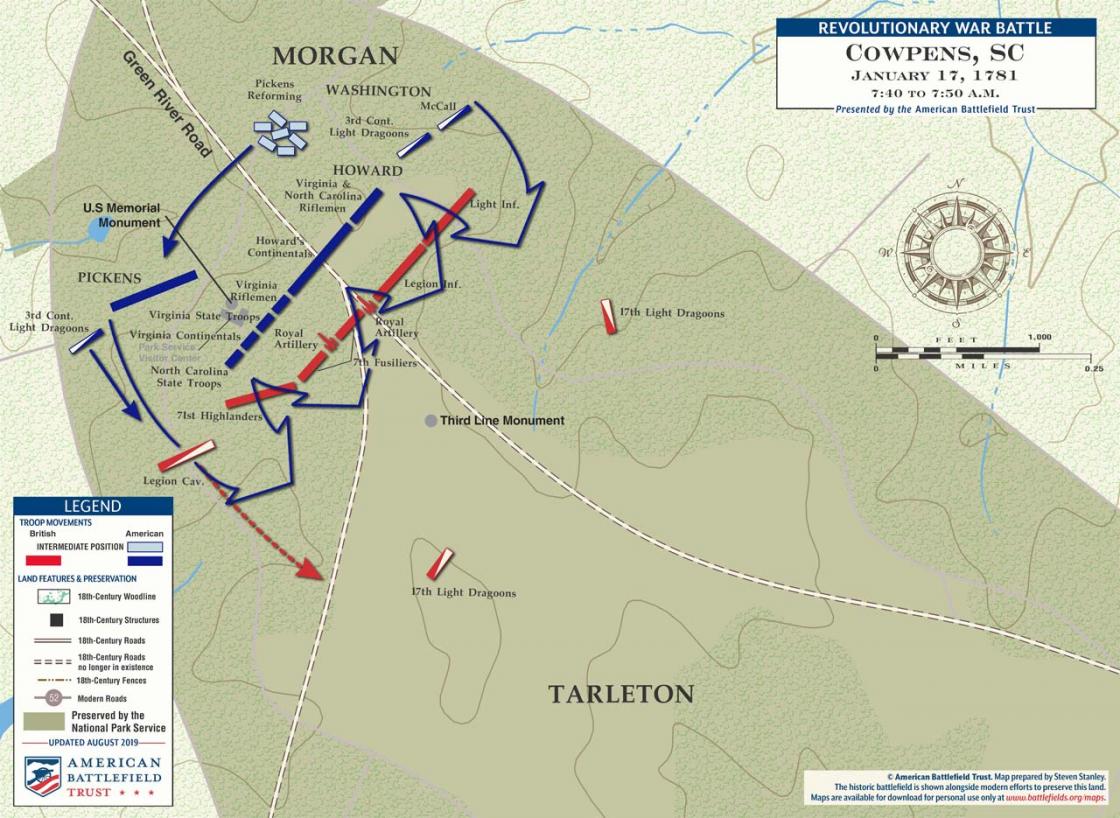 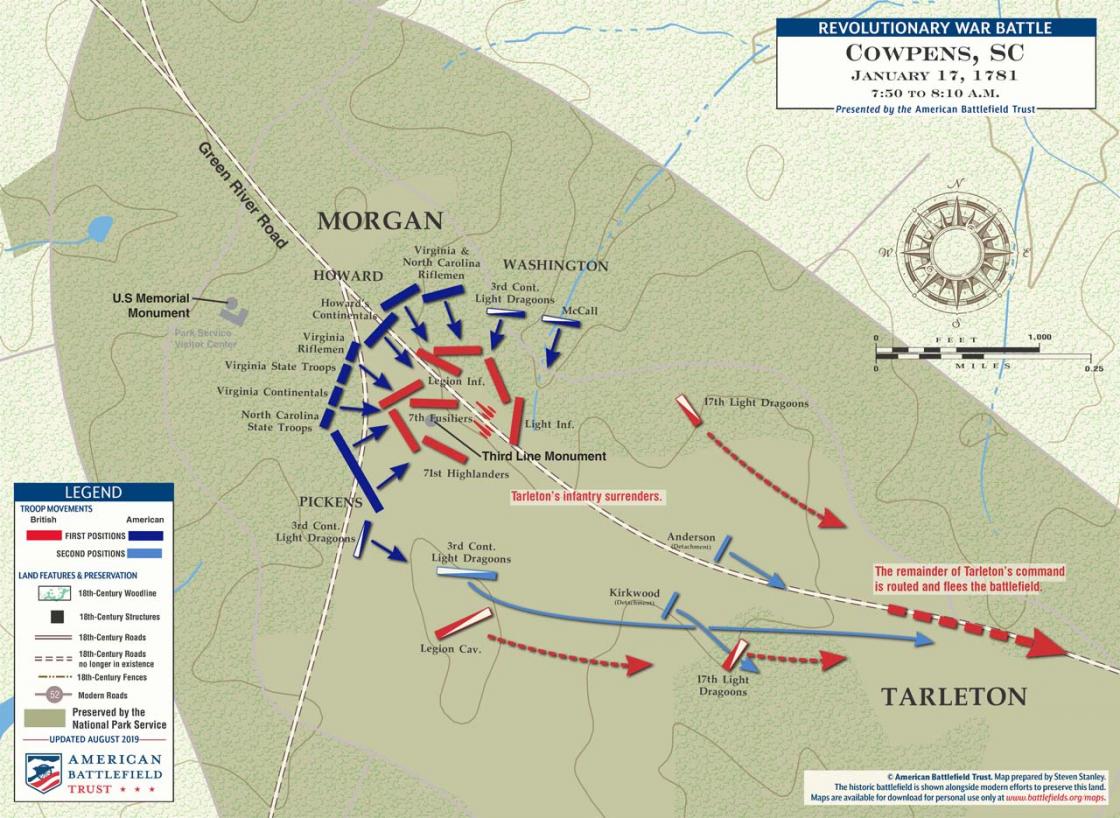 Hoping to eliminate the threat posed by General Daniel Morgan’s American troops, 26 year-old Lt. Col. Banastre Tarleton led a combined force of cavalry and infantry into the South Carolina backcountry. Morgan learned of Tarleton’s pursuit and marched his troops toward the Broad River, arriving at a place called Cowpens on the night of January 16, 1781. Bolstered by South Carolina militia under Andrew Pickens, Morgan was determined to stand and fight.

Using their poor reputation to their advantage, Morgan’s militia briefly resisted the British advance before retreating. After driving in two successive lines of militia, Tarleton’s men considered the Americans to be in full retreat and advanced headlong into a trap. Instead of facing more militia, they encountered a third and final line composed of Continental Regulars from Maryland and Delaware. The Continentals unleashed a volley which brought the enemy advance to a grinding halt. Morgan then launched a bayonet charge and supported by a mounted force under Col. William Washington achieved a double envelopment, striking both British flanks simultaneously. Tarleton's line collapsed and the British were driven from field.