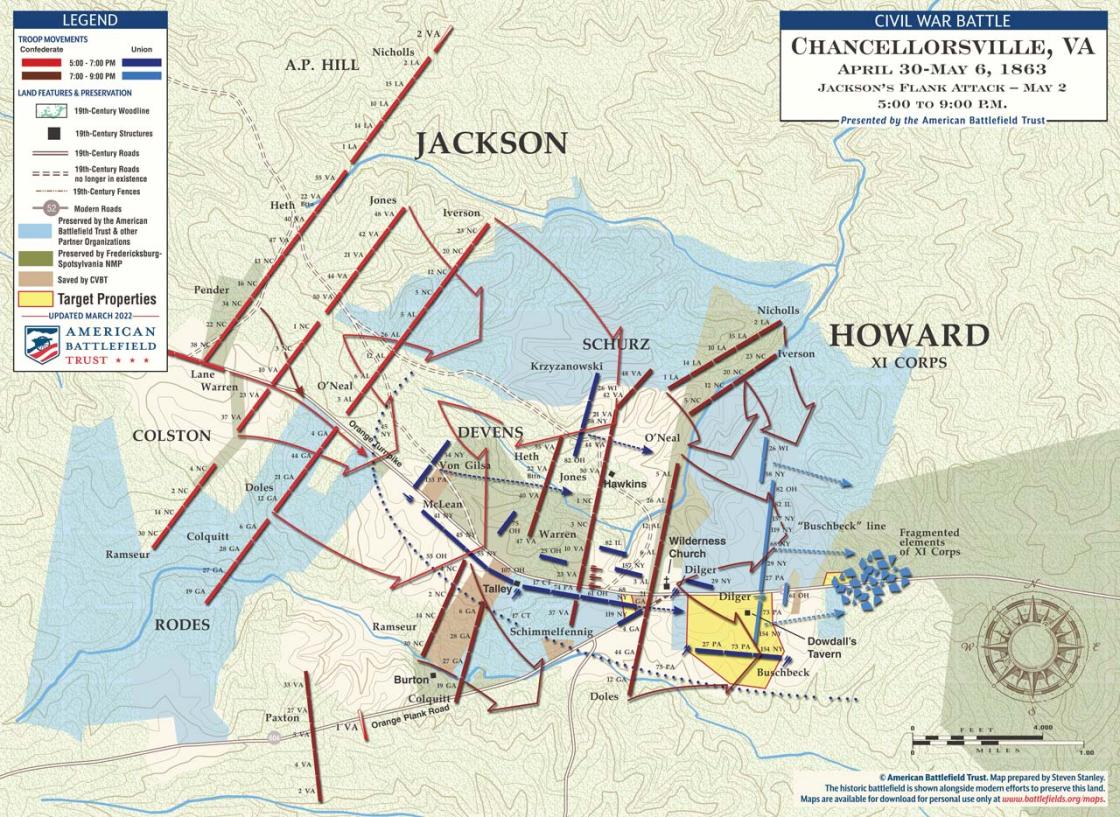 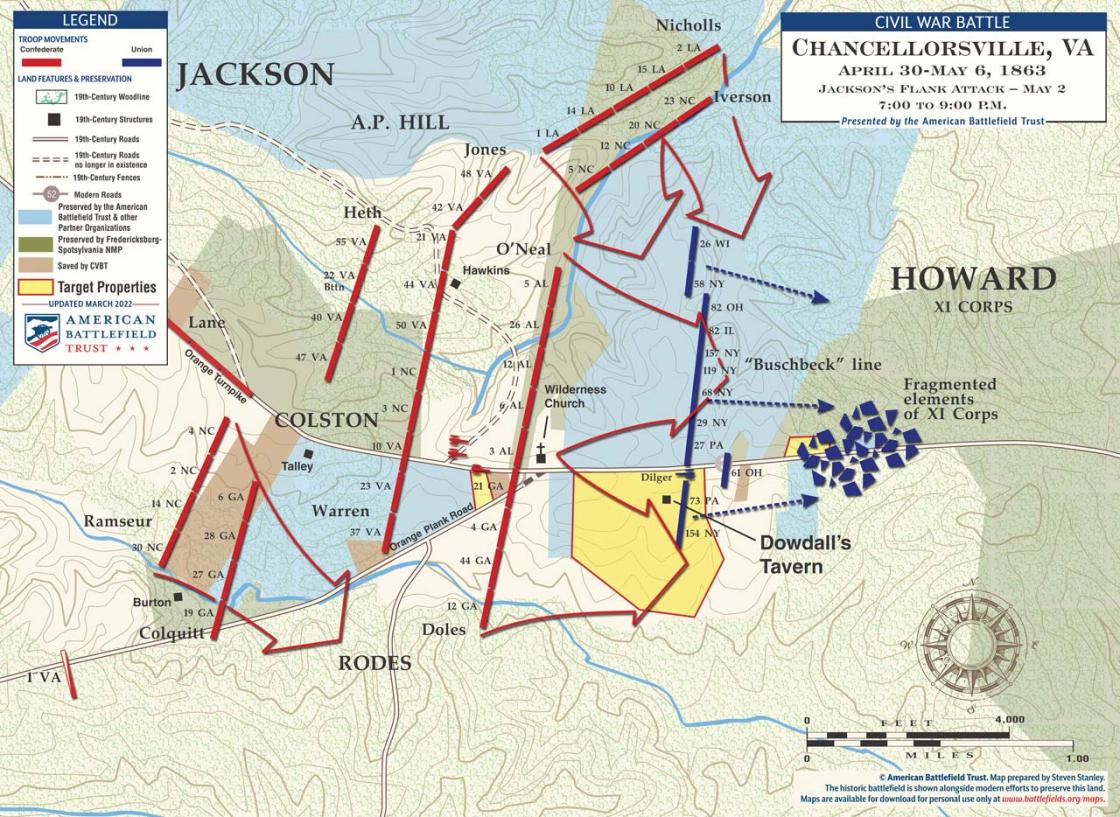 After learning that the Union right flank was “hanging in the air,” Robert E. Lee and Stonewall Jackson settled upon a aggressive plan to march Jackson’s entire corps around the Union position and onto that exposed flank. After a hard and dusty march on May 2, Jackson’s column reached the jumping off point for their attack upon the unsuspecting Federals. Shortly after 5:00 pm, Jackson’s line surged forward in an overwhelming attack that crushed the Union XI Corps.

Some Federal troops resisted the advance. The New York and Pennsylvania brigade of Colonel Adolphus Buschbeck rallied briefly with the Ohio battery of Captain Hubert Dilger near Dowdall’s Tavern, but they too were eventually overwhelmed by the Rebel onslaught.

Disorganization and darkness ended the fighting. While making a night reconnaissance, Jackson was accidentally shot by his own troops in the darkness and fell seriously wounded. J.E.B. Stuart took temporary command of Jackson’s corps. 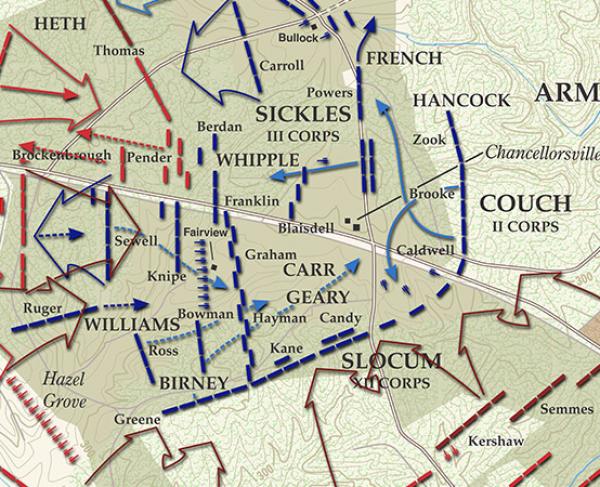 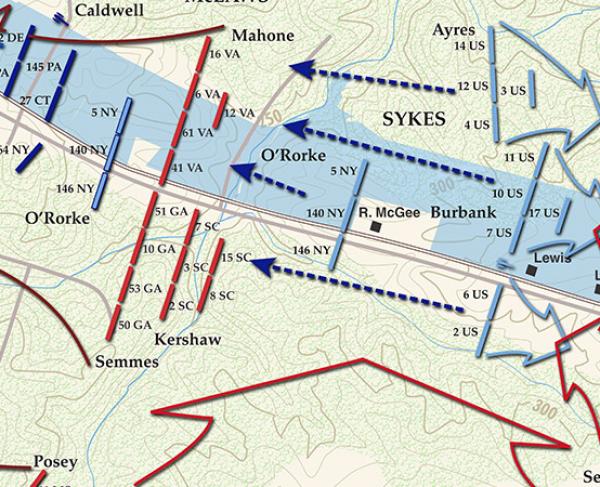 We have the chance to preserve three crucial tracts that will help preserve forever 45 more acres of the Chancellorsville Battlefield.