Brandy Station - Then and Now 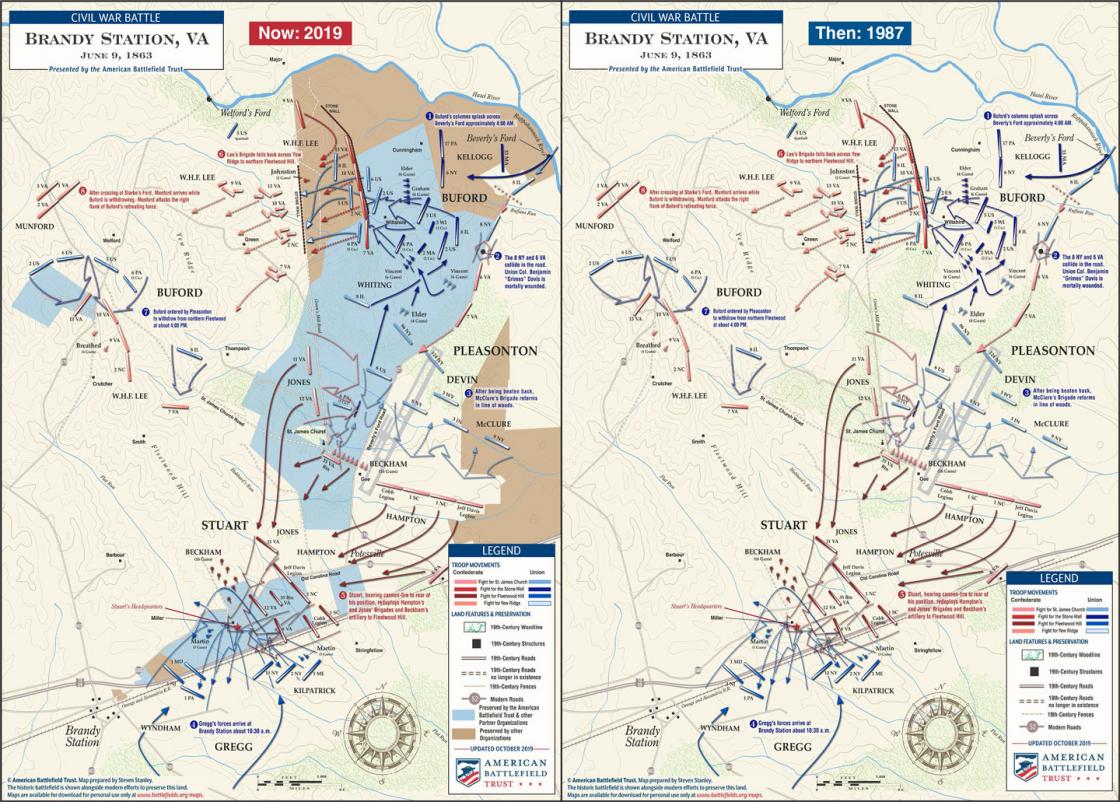 On June 9, 1863, Federal cavalry splashed across the Rappahannock River on a mission to “disperse or destroy” J.E.B. Stuart’s Confederate horsemen camped near Brandy Station. In the ensuing fight--the largest cavalry battle in North America--the Yankees surprised Stuart’s troopers, but were ultimately repulsed. Blue and gray horsemen would continue to spar with one another that summer as the two armies made their way to Gettysburg.

Prior to 1987, not a single acre of this important Civil War battlefield had been preserved. Since then, the American Battlefield Trust and its allies have saved 1,872 acres of the Brandy Station battlefield, including Fleetwood Hill, the site of the Stuart’s headquarters and the very epicenter of the greatest cavalry battle of the Civil War. 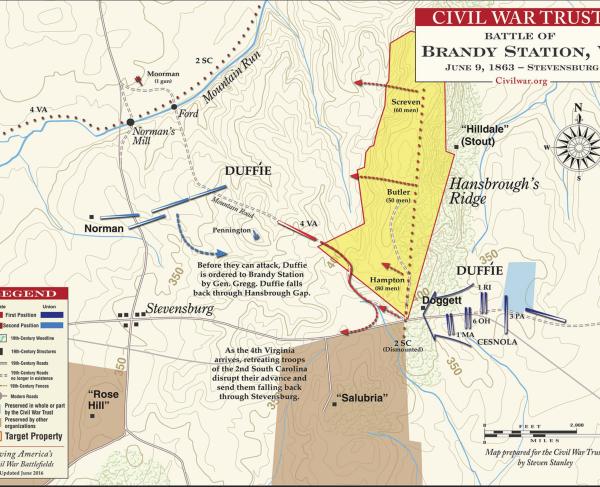 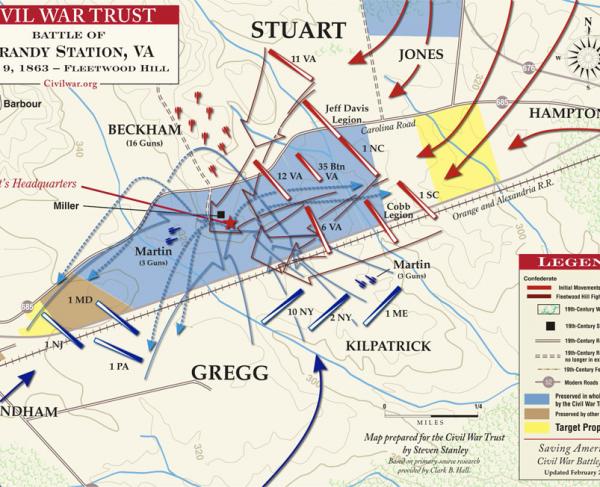 The Fight For Fleetwood Hill