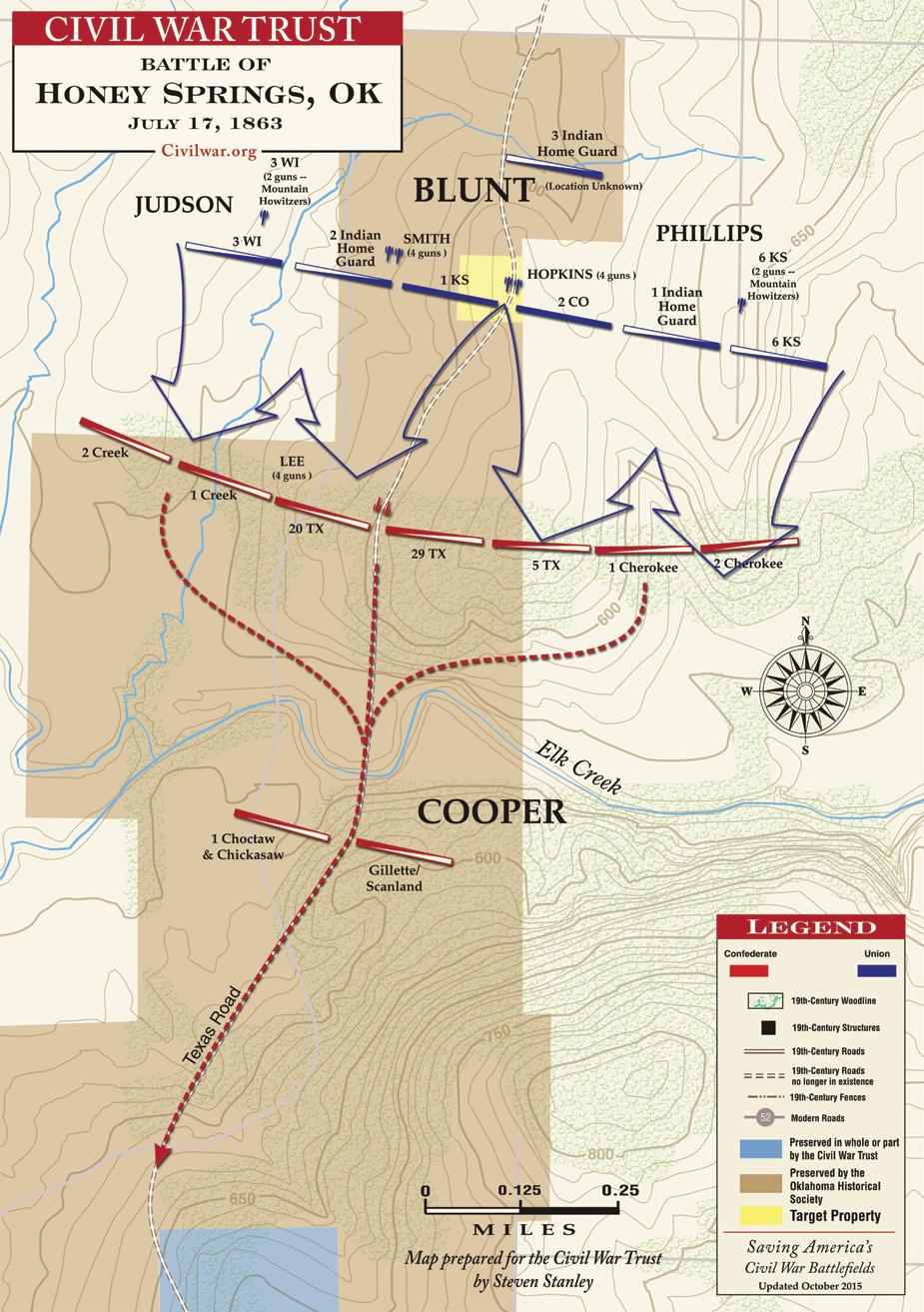 American Battlefield Trust’s map of the Battle of Honey Springs

Union and Confederate troops had frequently skirmished in the vicinity of Honey Springs Depot. The Union commander in the area, Gen. James G. Blunt, correctly surmised that Confederate forces, mostly Native American troops under the command of Gen. Douglas H. Cooper, were about to concentrate and would then attack his force at Fort Gibson. He decided to defeat the Confederates at Honey Springs Depot before they were joined by Gen. William Cabell’s brigade, advancing from Fort Smith, Arkansas. Blunt began crossing the swollen Arkansas River on July 15, 1863, and, by midnight on July 16-17, he had a force of 3,000 men, composed of whites, Native Americans, and African Americans, marching toward Honey Springs. Blunt skirmished with Rebel troops early on the morning of the 17th, and by mid afternoon, full-scale fighting ensued. The Confederates had wet powder, causing misfires, and the problem intensified when rain began.  After repulsing one attack, Cooper pulled his forces back to obtain new ammunition. In the meantime, Cooper began to experience command problems, and he learned that Blunt was about to turn his left flank. The Confederate retreat began, and although Cooper fought a rearguard action, many of those troops counterattacked, failed, and fled. Any possibility of the Confederates taking Fort Gibson was gone. Following this battle, Union forces controlled Indian Territory, north of the Arkansas River. 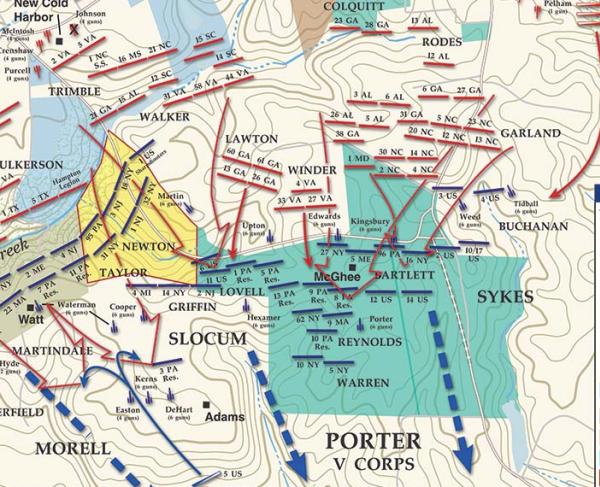