Named after the hometown of his owner Jeremiah Belknap, Peter Salem was born in Framingham, Massachusetts on October 1, 1750. In early 1775, Belknap sold Salem to Lawson Buckminster. When Buckminster was appointed to Major in the Continental Army, he emancipated Salem so that Salem could enlist in the patriot militia and serve as a minuteman.  During the Revolutionary War, Salem fought alongside other Black Minutemen, including Titus Coburn, Salem Poor, and Seymour Burr. He fought during the opening engagements of the war at the Battle of Lexington and Concord.

During the Battle of Bunker Hill, he was credited with mortally wounding British Major John Pitcairn with a shot through the chest. However, this claim is often disputed. Most American accounts of the battle note that a single shooter shot Major Pitcairn, while many British accounts note that Pitcairn was shot four times by four unique shooters. In addition, the American version of the story recounts that Pitcairn was shot at the top of a redoubt, while the British version places him at the bottom of the British fortification. Consulting an eyewitness of the events, Aaron White of Thompson, Connecticut, recounts in 1807 that:

The British Major Pitcairn had passed the storm of our fire and had mounted the redoubt, when waving his sword, he commanded in a loud voice, the rebels to surrender. His sudden appearance and his commanding air at first startled the men immediately below him. They neither answered or fired, probably not being exactly certain what was to be done. At this critical moment, a negro soldier stepped forward and, aiming his musket at the major’s bosom, blew him through

Another eyewitness, Samuel Swett, also placed Salem as taking the deadly shot. Regardless of who killed Pitcairn, this action gave the Americans a “victory” to rally behind even though the Battle of Bunker Hill ended in a British victory. After news of Pitcairn’s death spread, the morale for the American cause skyrocketed even though Britain now controlled the Charleston Peninsula in Massachusetts.

On January 1, 1776, Salem reenlisted with the 4th Continental Regiment for one more year. He took part in the New York Campaign and served at the Battles of Harlem Heights and Trenton under General Nathanael Greene. On January 1, 1777, Salem reenlisted for a three-year term where he fought at the Battle of Saratoga, Monmouth, and Stony Point. He was honorably discharged in 1779. However, he reenlisted under Colonel Nixon and served again from January 1 to March 1, 1780.

Peter Salem’s legacy lives on. The moment that Salem shot Pitcairn is immortalized in John Trumbull’s famous painting of the Battle of Bunker Hill, which hangs in the Museum of Fine Arts in Boston, Massachusetts. To preserve Salem’s memorial and educate the public about his life, the Daughters of the American Revolution made Salem’s home in Leicester in a historical monument in 1909. Salem is contributed as a Revolutionary War hero for his service. 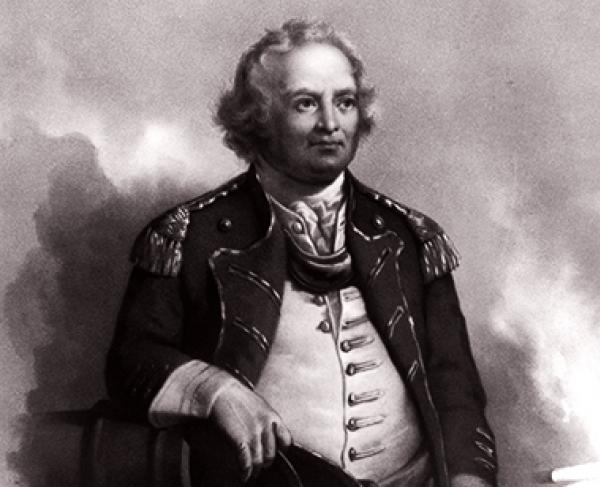