Joseph H. De Castro made history as the first Hispanic to earn the Medal of Honor— the United States’ highest military decoration for valor in combat.

De Castro was born on November 14, 1844, in Boston, Massachusetts. At the age of 14, he suffered a significant loss, losing his father to tuberculosis, resulting in numerous disciplinary issues.

Joseph was sent to the State Reform School in Westboro, Massachusetts, at 16. The institution was notorious for its abusive treatment of the inmates. Young boys were required to perform a set quota of agricultural, mechanical, or domestic labor, slept on cots in tiny, filthy cells, and received small rations of bread and water. Physical abuse also ran rampant, such as whipping the boys with leather straps, restraining boys in straight jackets, and trapping boys in sweatboxes. Though there is no personal account of De Castro’s experience at the State Reform School, it was likely a traumatic experience for him.

Fortunately, De Castro only spent a couple of months in the State Reform School. After an investigation of the institution, De Castro was released in 1861 and worked as a waiter. While De Castro for a meager living, the American Civil War broke out.

De Castro enlisted on July 12, 1861 in the 19th Massachusetts Infantry. De Castro ultimately rose to the rank of sergeant throughout his lifetime of service to the U.S. Army. De Castro participated in the Peninsula Campaign, Antietam, Fredericksburg, Second Manassas, and Gettysburg.

During the Gettysburg Campaign, Joseph distinguished himself while serving as the 19th Massachusetts Infantry’s color-bearer. He guided his unit around the battlefield and was a prime target as his flag was visible to the enemy.

De Castro’s shining moment as the 19th Massachusetts Infantry’s color-bearer occurred on July 3, 1863. De Castro was standing out front of his regiment bearing the Massachusetts state colors when he witnessed a color-bearer from Virginia approach his position, prompting De Castro to engage in combat. Using his own flag to attack, De Castro defeated his adversary and left the conflict with both his flag and the flag of the 19th Virginia Regiment. For this act of bravery, De Castro received the Medal of Honor on December 1, 1864. He was the first of three Hispanic soldiers awarded with this honor by the Civil War’s end.

After the war, De Castro enlisted with the 6th U.S. Cavalry in 1870 and served out West. After spending four years with his cavalry unit, De Castro returned home to Boston.

In 1882, De Castro married Rosalia Rodriquez, and the newlywed couple settled down in New York City. De Castro changed his career at this time, as he worked for a nearby barge company. In becoming a member of New York City’s Phil Kearny Post and attending Grand Army of the Republic reunions, however, De Castro maintained his ties to the military.

De Castro passed away at his home on May 8, 1892, at the age of 47. He is buried at Fairmount Cemetery in Newark, New Jersey. 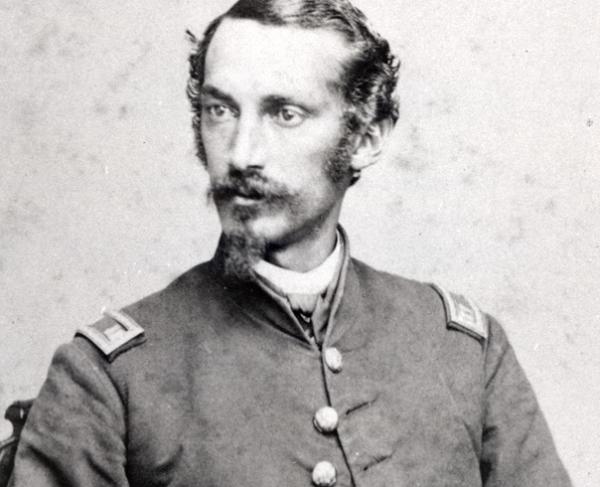