New Orleans in the Civil War

New Orleans’ role in the Civil War was, perhaps, as unique as the city itself. The largest city in the South at the time of the war, New Orleans provided thousands of troops and supplies to the Confederate cause. The city’s location at the mouth of the Mississippi River made it a strategic port for both the Union and Confederate militaries.

During the antebellum years, New Orleans grew rapidly to be one of the liveliest cities in the nation. Much of the city's wealth was derived from the slave trade. At its peak, New Orleans housed more than 50 slave markets, and some 750,000 enslaved people were forcibly shipped to New Orleans, generating tens of millions of dollars for the New Orleans economy while changing the city's social and political fabric. In addition to slaves, more than half of all the cotton grown in the United States passed through New Orleans. Tobacco and sugar followed closely behind as top exports. By 1860, New Orleans embodied the image of the Deep South.

On January 22, 1861, Louisiana voted to secede from the Union. Seven days later, on January 29, the Secession Convention reconvened in New Orleans and decided that all Federal employees could lawfully remain at their post but were now branded employees of the state. Soon after, the New Orleans Mint began producing Confederate currency, and the fledgling Confederate Navy used the city as an ordinance depot. New Orleans shipbuilders began producing warships, including an early ironclad known as the CSS Manassas and two early submarines, the Bayou St. John and the Pioneer.

As war fever gripped the city, thousands of men and boys volunteered for service. The “Washington Artillery,” a prewar militia unit that served in both the Eastern and Western Theaters of the Civil War, hailed from New Orleans, as did prominent Confederate officers P.G.T. Beauregard, Braxton Bragg, Albert Gallatin Blanchard, and Harry T. Hays. Many of the famed “Louisiana Tigers” infantry brigade also called New Orleans home. Judah P. Benjamin, another son of New Orleans, served as Confederate Attorney General, Secretary of War, and eventually Secretary of State.

From the start of the war, Union high command targeted New Orleans as a means of denying the Confederacy one of its most important ports. In January 1862, Captain David Farragut assumed command of the West Gulf Blockading Squadron and assembled his ships along the Gulf Coast and Lower Mississippi River where two brick fortifications, Fort Jackson and Fort St. Philip, ominously guarded the approach to New Orleans. Farragut, reinforced by nineteen smaller vessels and a flotilla of twenty mortar boats under Commander David Dixon Porter, ordered an extensive reconnaissance of the Confederate fortifications.

Fort Jackson and Fort St. Philip boasted heavy rifled, and smoothbore cannons that looked out across the river and its surrounding land. Around the forts stood additional auxiliary fortifications while a defensive chain, or boom, stretched across the river between both forts to prevent passage of enemy ships. As an enemy vessel struggled to break the chain, Confederate forces in the two forts could concentrate a destructive fire upon their victims. Three Confederate ironclads, two traditional warships, and several unarmed support craft stood in defense as well, in addition to six cottonclad rams of the River Defense Fleet reinforced the Confederate Navy.

On April 16, 1862, Farragut ordered the Union fleet into position below the forts. Two days later, on April 18, the mortar boats opened a destructive fire on the Confederate positions. While Fort Jackson sustained heavy damage during this barrage, both forts stood even after a second bombardment on April 19. The chain between the two forts proved a challenging obstacle to the United States Navy. Farragut ordered several gunboats to travel up the river under the cover of darkness and destroy the barrier, but the ships quickly fell into the trap. In the meantime, Farragut continued his bombardment of the forts.

On April 23, Union gunboats Pinola and Itasca finally opened a gap in the chain. At 2:00 am on April 24, the fleet advanced on the Confederate positions, with Farragut leading in the corvette Hartford. The Union ships engaged the enemy fortifications and ironclads in close combat. All ships of the Union fleet except the mortar vessels forced their way past and steamed upriver past the final Confederate fortifications. At noon on April 25, Farragut anchored his vessels in front of New Orleans. Fort Jackson and Fort St. Philip, isolated from the city, received a continuous bombardment from the Union fleet and surrendered on April 28. Federal infantry entered New Orleans soon after without further Confederate resistance.

In Confederate hands for only 455 days, New Orleans was the first major Confederate city captured. However, the citizens of New Orleans resisted Union occupation nonetheless. The Federal commander, Maj. Gen. Benjamin Butler, quickly imposed martial law over the city and ruled with an iron fist. He demanded oaths of allegiance, confiscated weapons, devised a relief plan for the poor, and jailed a large number of uncooperative citizens. Butler also ordered the inscription, “The Union Must and Shall Be Preserved,” to be added to the base of the equestrian statue of General Andrew Jackson in Jackson Square. The population of New Orleans, already enraged, became even more so when they learned of Butler’s seizure of $800,000 deposited in the office of the Dutch consul.

Perhaps most flagrant was Butler’s General Order No. 28, which held that any woman who insulted or showed contempt for any Federal officer or soldier would be regarded and treated as a common prostitute. The order provoked protest and outrage in the North and South as well as abroad, particularly in France and England. In June 1862, Butler again met controversy when he ordered the hanging of William Munford, a Confederate sympathizer who tore down a U.S. flag over the New Orleans Mint. For his infamy, Confederate sympathizers nicknamed him “The Beast” or “Spoons Butler," for the silverware looted by some Union troops, though no evidence exists that proves Butler was personally involved in such activity.

However, amidst the storm of dissent, Butler’s leadership improved the city of New Orleans in some ways. In preparation for the city’s annual yellow fever strike, Butler imposed quarantines and introduced a revolutionary program of garbage disposal. While a typical year saw the New Orleans population reduced by 10% from yellow fever, Butler’s measures succeeded in preventing all but two deaths from the virus.

International outrage over Butler’s controversial decisions compelled his removal from the Department of the Gulf in December 1862. In his place arrived Maj. Gen. Nathaniel P. Banks, under whom the relationship between Federal troops and New Orleans’ citizens improved. However, bitterness over Butler’s reign loomed even after the war as Federal troops continued to occupy the city during Reconstruction.

A Mortal Blow to the Confederacy: The Fall of New Orleans, 1862 By: Mark F. Bielski 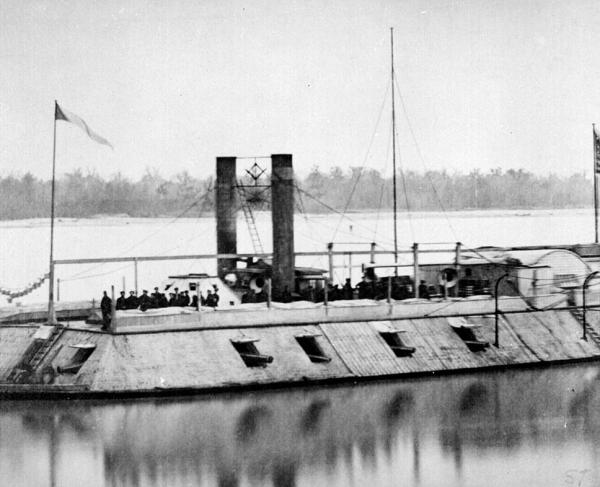 More on New Orleans in the Civil War: