Together, we have saved more than 53,000 acres of battlefield land in 24 states, including historic properties at Antietam, Bentonville, Chancellorsville, Chattanooga, Gettysburg, Manassas, Princeton, Shiloh, Vicksburg, Wilson’s Creek, the Wilderness and more. Celebrate our recent victories. 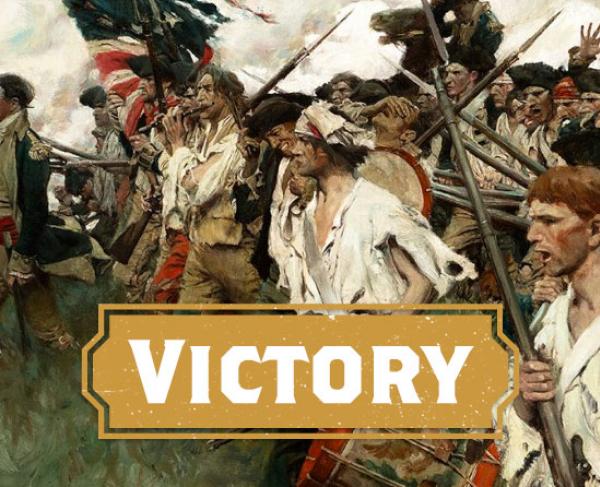 Recently, the American Battlefield Trust stepped up to help the North American Land Trust (NALT) secure and preserve 72 acres at the Revolutionary War’s Brandywine Battlefield in Chadd’s Ford, Pennsylvania. Previously identified as one of the most important unprotected tracts on the battlefield for its role in the September 1777 Battle of Brandywine, this land will be protected forever under a conservation easement held by Chadds Ford Township, who — along with the American Battlefield Trust, Delaware County’s Open Space and Recreation Grant Program, Mt. Cuba Center, the National Park Service’s American Battlefield Protection Program and the Pennsylvania Department of Conservation and Natural Resources — provided financial support to the NALT project. Plans to open the land to the public as the Brinton Run Preserve will allow visitors to engage with its abundant nature and Revolutionary past. 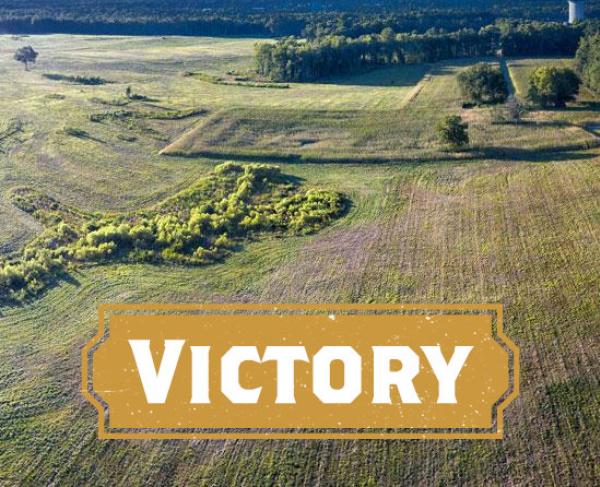 Saved: 226 Acres Across Two Battlefields in the East and Two in the West

The Trust’s most recent victory covers 226 acres across four Civil War battlefields, two East and two West. In Virginia, the effort was comprised of 101 acres at Reams Station and nearly three acres that played a role in both Peebles Farm and the Breakthrough at Petersburg. In the West, there were 120 acres at Jackson (Salem Cemetery), Tennessee, and two acres at Champion Hill, Mississippi. The federal American Battlefield Protection Program demonstrated supported all for projects with matching grants. The HTR Foundation and the Virginia Battlefield Preservation Fund aided efforts at Reams Station, while the Mississippi Department of Archives and History made victory possible at Champion Hill. Our Jackson effort was funded under a grant from the Tennessee Civil War Sites Preservation Fund, administered by the Tennessee Historical Commission. 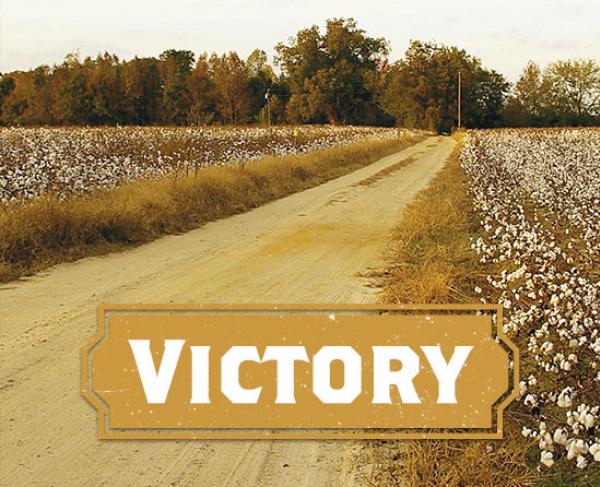 Contributing to North Carolina’s Civil War story, six acres at the Bentonville Battlefield in Johnston County, N.C., are now secure due to the tenacious efforts of American Battlefield Trust, with support from the American Battlefield Protection Program. The newly-saved acreage helped set the stage for the three-day Battle of Bentonville in March 1865 — the battle that marked the start of the last series of standoffs between Union Gen. William Tecumseh Sherman and Confederate Gen. Joseph E. Johnston’s Army of Tennessee. With over 1,860 acres of hallowed ground already saved by the Trust at this central North Carolina site, the organization continues to march toward the comprehensive preservation of the first day’s battle. 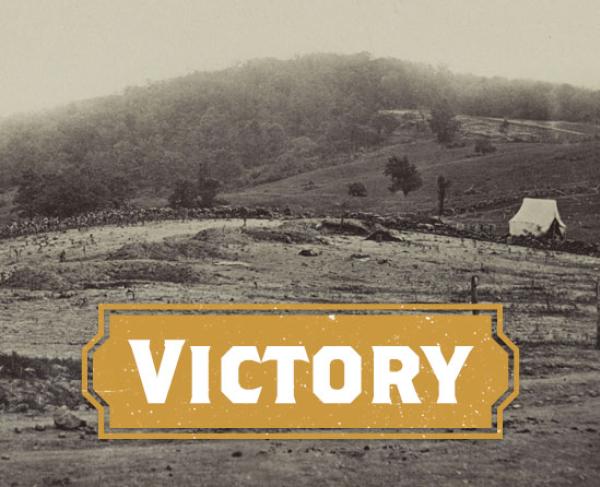 The American Battlefield Trust has yet again kept history intact at the famed Gettysburg Battlefield — this time, through the preservation of three parcels totaling nearly 49 acres. Had it not been for the generosity of the Trust’s tenacious members, along with the American Battlefield Protection Program and a landowner donation, this storied hallowed ground would’ve likely succumbed to development threats along Baltimore Pike. Fortunately, priceless views will persist and opportunities for expanded interpretation will flourish. 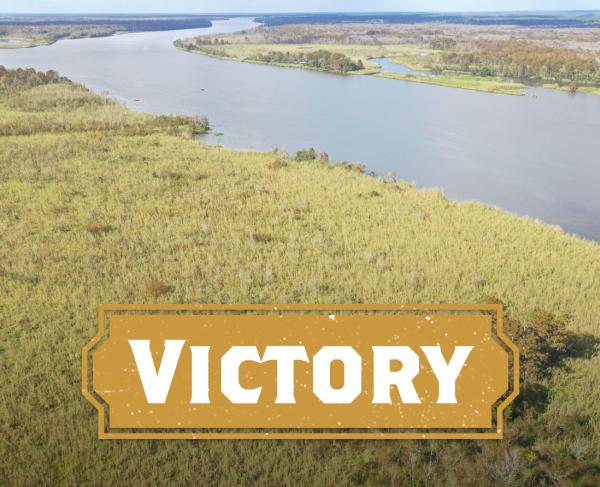 Known today as Blakeley Bluff, the Trust teamed up with The Conservation Fund and the University of South Alabama to save this 60-acre site at the Fort Blakeley Battlefield in southwest Alabama. The site witnessed the Federals, composed of nearly one-third U.S. Colored Troops, overrun Confederate defenses in a raging assault on April 9, 1865. And while the landscape is home to a fascinating past, it is also one of Alabama’s most endangered ecosystems. These combined reasons motivated vastly different groups to work together toward a preservation goal that benefitted all. Supporting the groups’ goal, the American Battlefield Protection Program helped fund the worthy project. 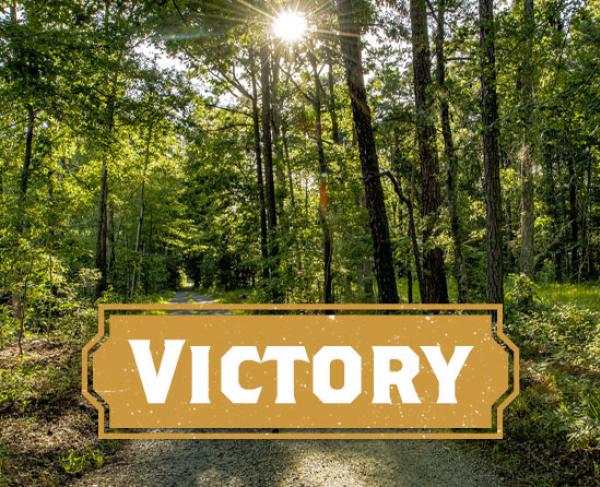 The 22 acres recently preserved by the Trust at New Market Heights, located in the rapidly developing suburbs of Richmond, Va., are a landscape marked by the resolute footsteps of Col. Samuel Duncan’s and Col. Alonzo G. Draper’s brigades of USCT soldiers. The dauntless valor of 2,000 Black soldiers at this site led to 14 USCT soldiers receiving the Medal of Honor. Buoyed by the tireless support of Trust members and an instrumental matching grant from the Virginia Battlefield Preservation Fund, this project demonstrates the Trust’s enduring dedication to save sites steeped in long-lost memory and bring narratives of Black valor to the forefront. 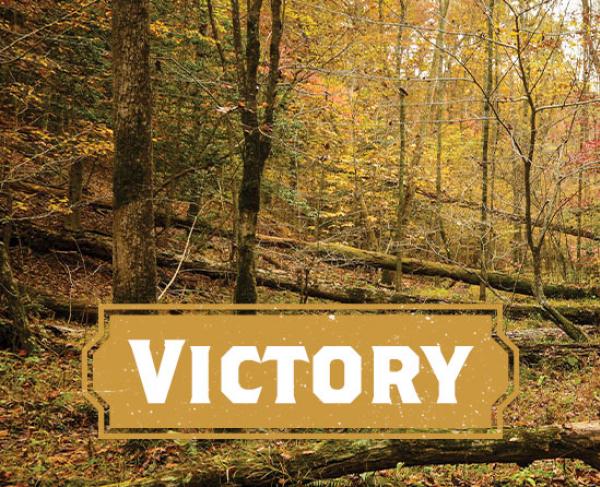 In a city often linked to the colonial period, the Trust — in partnership with the Colonial Williamsburg Foundation and supported by the American Battlefield Protection Program, the Commonwealth of Virginia, and our committed donors — has triumphed in saving 29 Civil War acres at the Williamsburg Battlefield that were originally zoned for commercial use. Studying the site provides opportunities to honor seven valiant American soldiers who earned the Medal of Honor at Williamsburg and to tell important stories of often overlooked African American involvement in the Civil War. 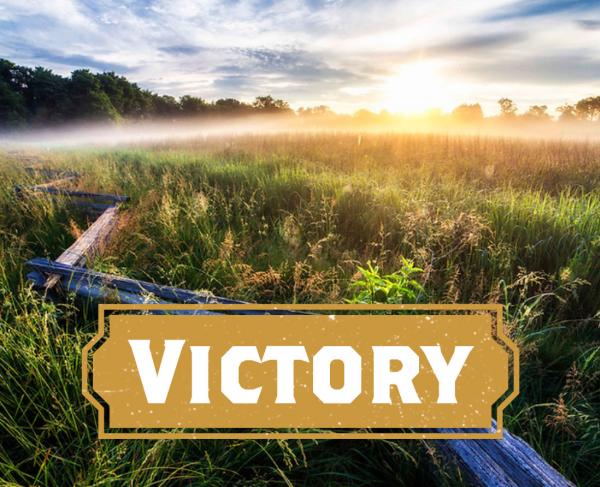 The largest remaining portion of the Stones River Battlefield, 42 acres of hallowed ground once considered lost to development, has been forever protected in an acquisition by the American Battlefield Trust. The tract, previously owned by O’Reilly Auto Parts, was secured due to the corporation’s gracious deal in combination with grants from the American Battlefield Protection Program and the Tennessee Civil War Sites Preservation Fund (TCWSPF) and generous donations from Trust members. Quite fortunate, the Trust’s work to protect this tract also led to the preservation of an adjacent six-acre parcel at this treasured Tennessee battlefield. 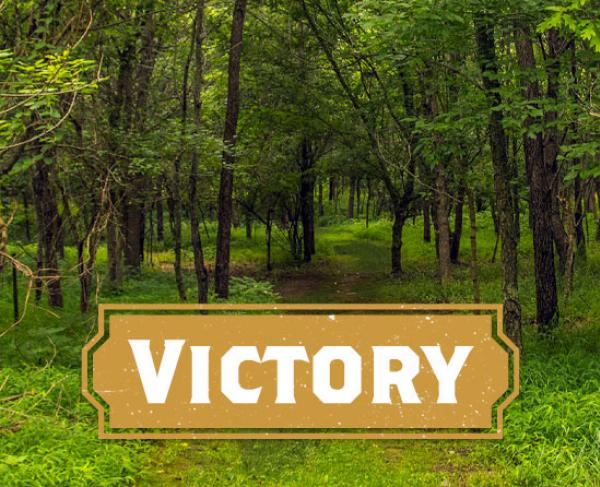 The scene of some of the heaviest fighting in the entire Civil War, three key acres in the West Woods at Antietam have been saved as a result of the quick support demonstrated by our loyal members. This acreage marks where numerous Confederate brigades launched their advances into the West Woods and toward the Dunker Church it is also home to stories of strife and perseverance. The Trust plans to transfer the land to the National Park Service, expanding the possibilities for future interpretation and visitation at Antietam National Battlefield. 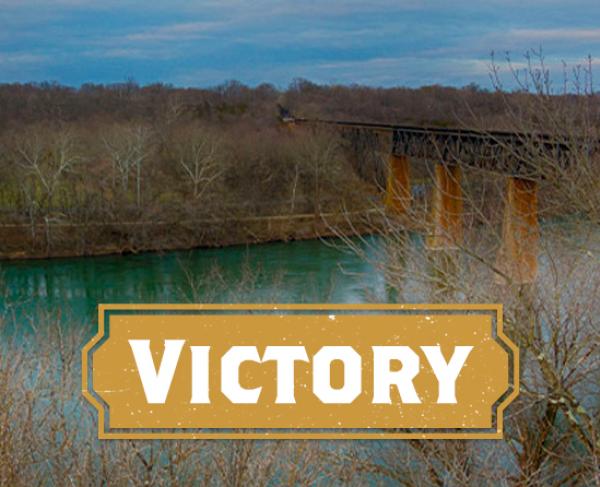 The largest piece of the Shepherdstown Battlefield yet protected, a mighty 278-acre parcel of land at the Borden Farms, has been safeguarded via conservation easement. A product of collaboration, this victory was made possible by the Jefferson County Farmland Protection Board (JCFPB), the U.S. Department of Agriculture’s Agricultural Land Easement Program, as well as the Trust and its unwavering members. The Trust provided a grant to fund the easement, which is held by the JCFPB; the local group will be responsible for maintaining the land. 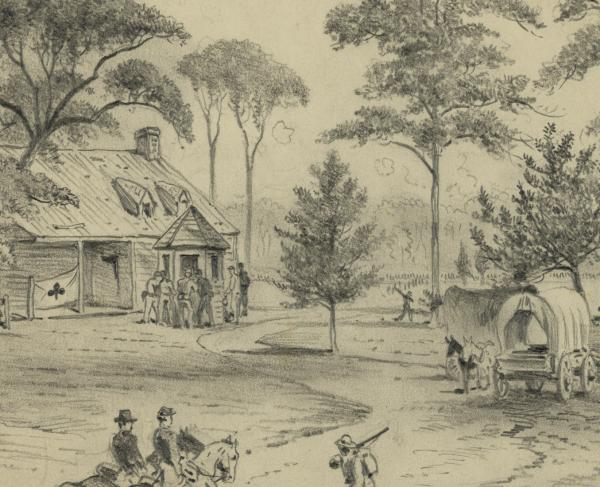 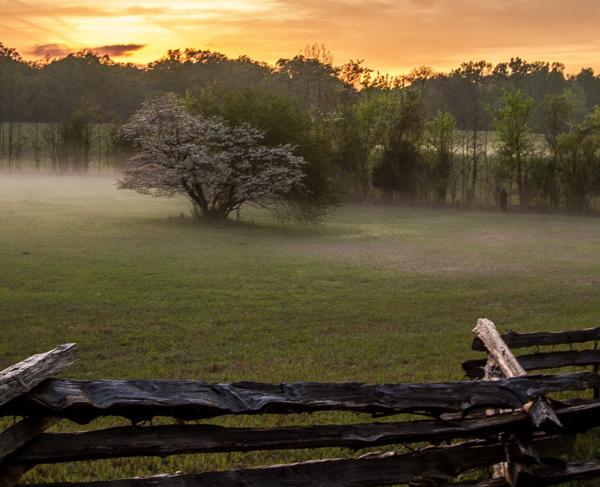 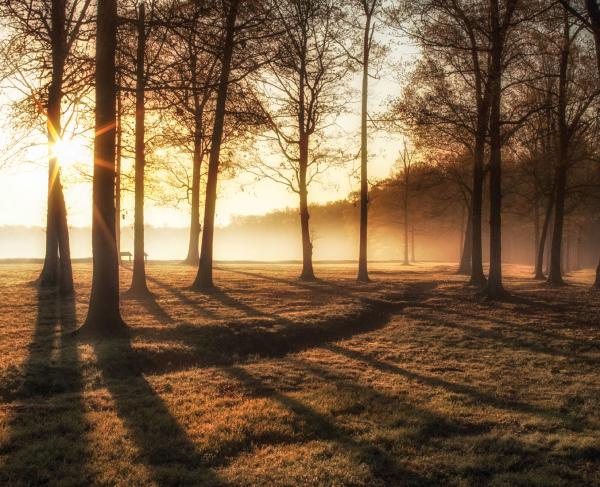 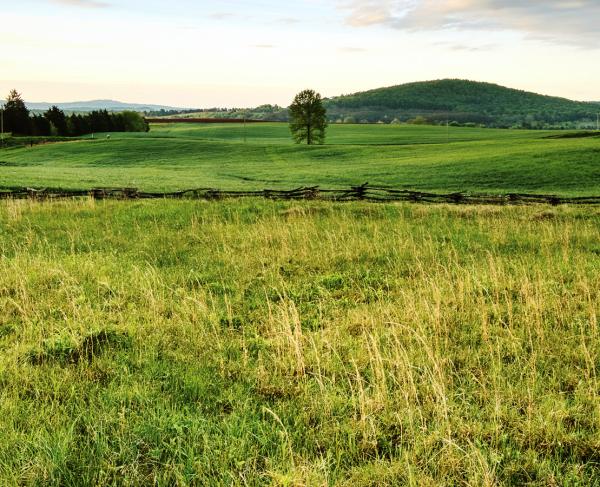 Save Key Land At 4 Virginia Battlefields 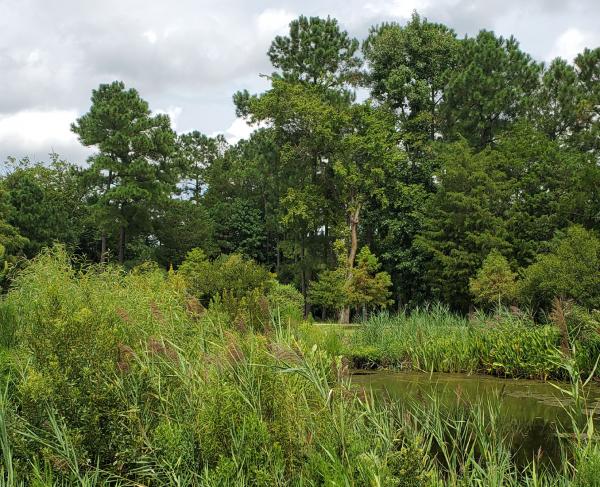 Save 40 Acres of the American Revolution Southern Theater 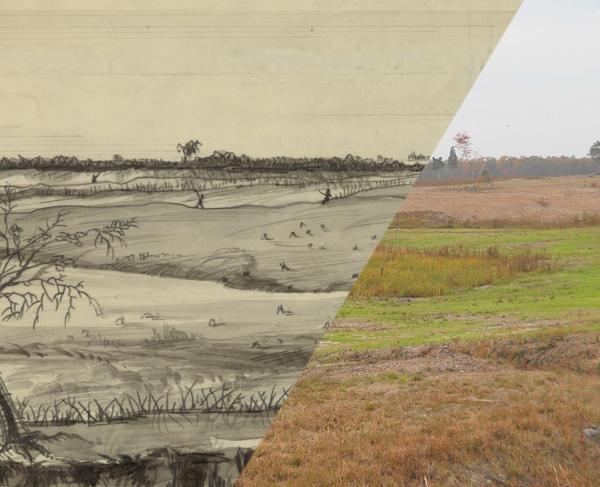