The American Battlefield Trust is pleased to announce that longtime chief development officer David N. Duncan has been named the organization’s new president, effective October 1, 2020. His appointment comes upon the retirement of James Lighthizer, the beloved figure who has led the Trust since late 1999.

For 20 Years, Duncan has helped Shape the Trust’s Growth

Duncan has spent more than two decades with the Trust, ideally positioning him to lead the organization on a path of continued growth. Overseeing all membership and development efforts, Duncan and his team have raised funds that directly led to the protection of just under 45,000 acres of hallowed ground.

Duncan’s appointment comes after an eight-month executive search conducted by a leading national firm, which concluded with a unanimous vote by the organization’s Board of Trustees.

A lifelong advocate for preservation and history education

A native Virginian, Duncan’s lifelong interest in American history was cultivated from childhood by his father, a public school social studies teacher. He joined the battlefield preservation movement as a dues-paying member of the Civil War Trust in the mid-1990s, volunteering his fundraising expertise for the cause before becoming an employee of the organization in March 2000. Since then, he has been intimately involved in virtually every aspect of the Trust’s management and operations, helping it grow into the national leader in historic land preservation and place-based education. Read biography of David ›

According to retiring president Jim Lighthizer, “There is no one at the Trust who has worked more closely with me than David. He has a deep knowledge of the functions of all departments, as well as the support of his colleagues. I have no doubt he will hit the ground running, and not miss a beat.”

Things You Should Know About David: 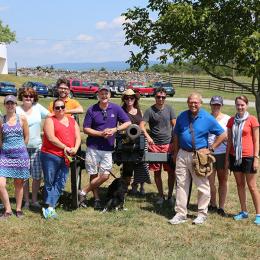 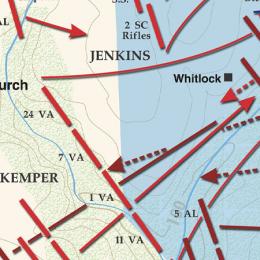 Impact on Acres Saved
These funds have resulted in just under 45,000 acres of protected historic landscapes. 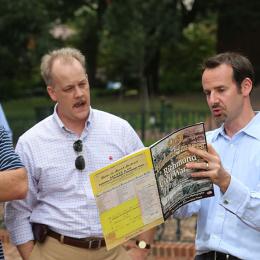 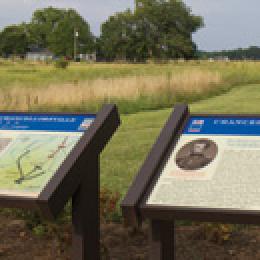 Favorite Battlefield
“I could study Chancellorsville forever. It is my favorite battle and battlefield.” 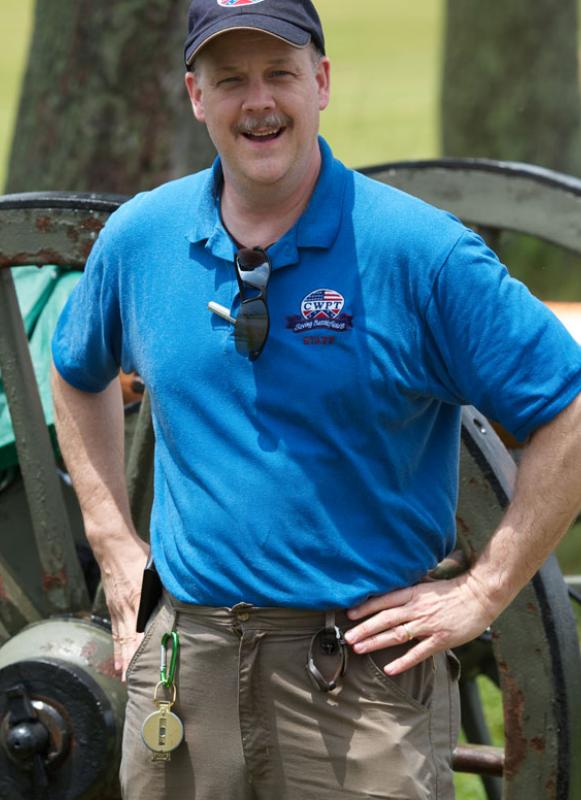 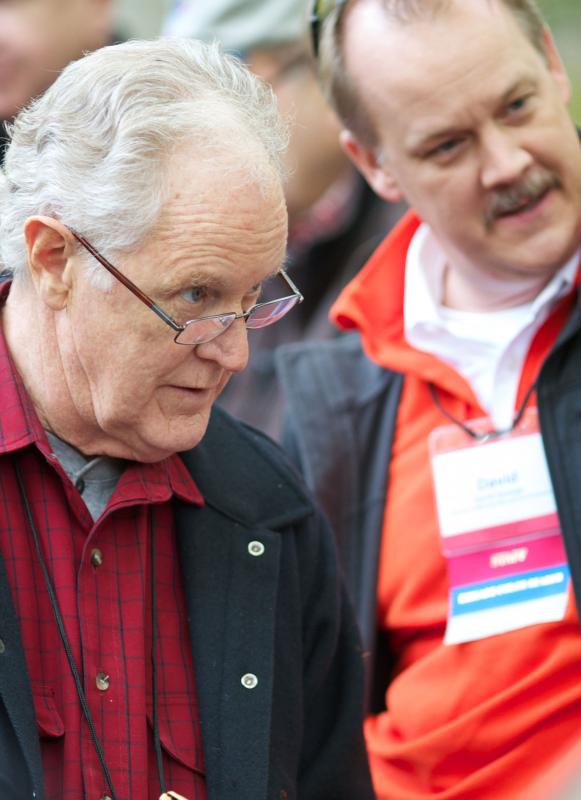 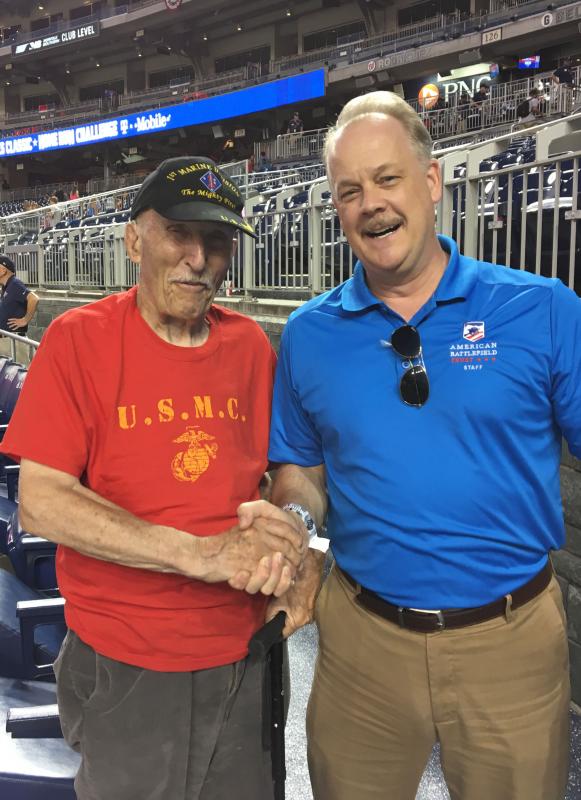 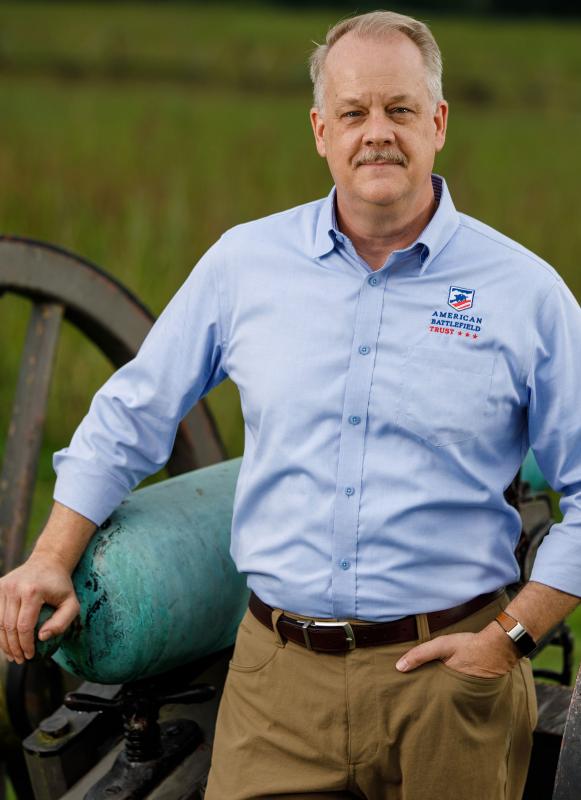 This transition comes upon the retirement of James Lighthizer, the beloved figure who has led the Trust since late 1999 and was responsible for its growth from a modest organization into the nation’s foremost historic land preservation group and a leading voice for history education. A former county executive and Maryland Secretary of Transportation, Lighthizer remains firmly committed to the organization, accepting a lifetime appointment to the Board of Trustees as president emeritus.

Since Lighthizer took the reins, the Trust has protected 44,700 acres of battlefield land  including seminal projects, like the Slaughter Pen Farm at Fredericksburg, where five Medals of Honor were awarded for valor in combat, and Maxwell’s Field at Princeton where to George Washington personally led a charge that helped turn the tide of the Revolutionary War. Further, his belief in the ability of history and civics knowledge to strengthen our nation have resulted in the Trust becoming an education powerhouse.

Three Decades in the Trenches of Battlefield Preservation
Article

Three Decades in the Trenches of Battlefield Preservation 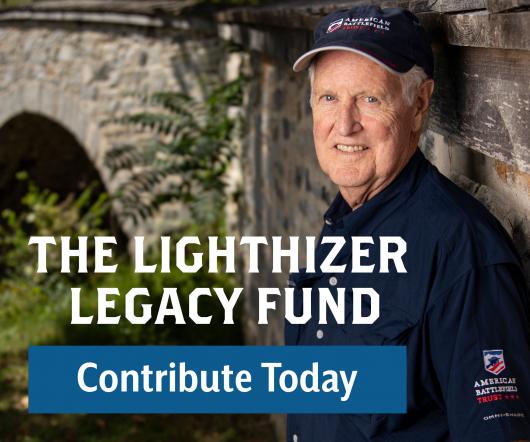 Why Is the American Battlefield Trust Experiencing a Change in Leadership?

After 20 years leading the organization, Jim Lighthizer announced in November 2019 that he planned to retire. Our Board of Trustees, which is responsible for selecting the organization’s leader, launched a national search to find his successor. After eight months, they made a unanimous choice.

On September 1, we announced that the Board had chosen to elevate our Chief Development Officer, David N. Duncan, to fill the role, effective October 1, 2020.

Who is David Duncan?

Duncan is a native Virginian, growing up near Roanoke and attending college in the Shenandoah Valley. After graduating, he moved to the Washington suburbs with his wife (an elementary school teacher) and raised two now-grown daughters. He has worked for the Trust for 20 years. He was one of Jim Lighthizer’s first hires, just months after he took over after the merger in 1999, and has been overseeing all our membership and development/fundraising ever since. He and his development team have raised the money responsible for saving just under 45,000 acres.

Why Is David Duncan the Right Choice?

Duncan has worked hand-in-glove with Jim Lighthizer for 20 years. There is nobody who knows how this organization works better than he does – because he helped build it. Duncan is passionate about our work and understands the motivations of our members – because he started his preservation journey as one of them.

Is Any Pause or Delay in Mission Expected?

Absolutely not. The entire Trust team — board, staff and our new leader — are fully committed to maintaining steady work throughout this transition. We are confident that our work to protect America’s most important battlefield land will continue unabated.

One of the best things about Duncan assuming the presidency is that he already knows the Trust inside and out. He has spent 20 years with us and helped build us to be the successful organization we are.

What Can Members Expect to See Change with the Transition?

From the outset of this process, our board made clear that the ideal candidate would build upon the attributes and personalities that have served us well, rather than pursue aggressive change. That was part of the position description! We want to continue growing, not reinvent ourselves. We can’t promise nothing will change, but we are all committed to keeping the things that matter - that members have come to love and expect - going strong. Our commitment to excellence will not waver.

How was the new President Chosen?

Under the leadership of Chairman Thomas H. Lauer, the Board of Trustees conducted an exhaustive eight-month national search, aided by a leading executive search firm. Scores of interviews were conducted with partners, staff and candidates. The process slowed somewhat due to COVID during the spring, but was not derailed, and the board made its unanimous decision over the summer.

Does the Trust Expect Any Pause or Delay in Its Mission?

The entire Trust team — board, staff and our new leader — are fully committed to maintaining steady work throughout this transition. Our exhaustive search process was designed to ensure that the successful candidate would be fully versed in all aspects of our mission before taking charge. We are confident that our work to protect America’s most important battlefield land will continue unabated.

What Can Members Expect to See Change with the Transition?

The Trust is a successful and dynamic organization and from the outset of this process, our board made clear that the ideal candidate would build upon the attributes that have served us well, rather than pursue aggressive change. While the signatory on letters sent to members will change, our commitment to excellence will not waver.

Why Is Lighthizer Stepping Down?

He is in good health, but will turn 75 next spring, making this is a natural time for him to transition into retirement. He is looking forward to spending more time with his grandchildren at the historic farm he owns on Maryland’s eastern shore.

How Does Jim Feel about the Transition?

“I am grateful beyond words for the support and encouragement I have received from members like you over the years, and I am more proud of what we have accomplished together for the good of our country than anything else I have done in my life.  Now, as we all must do, it is time for me to pass on the baton, and I do so with optimism and a happy heart.”

He's thrilled to have David stepping into his shoes. After working with him every day for 20 years, he trusts David completely. Jim has poured so much energy and passion into building the Trust and is confident that David will help it grow further.

Will Jim Have an Ongoing Role Within the Organization?

Although he is stepping back from day-to-day operations, Jim is not leaving the Trust entirely. His official capacity will be “presidential advisor,” sharing considerable expertise and mentorship with David as he adjusts to the new role. He has told David and us, “I’m here in the ways you want me, for as long as you want me.” He is deeply, personally invested in the Trust and wants to see it – and all of us, especially David – succeed.

Lighthizer has also accepted a lifetime appointment to the Board of Trustees as President Emeritus.

How will the Trust recognize Jim Lighthizer for his contributions to battlefield preservation?

When Lighthizer announced that he would be retiring for the Trust, our Board and staff responded by creating the Lighthizer Legacy Fund, which allows donors to make contributions toward future opportunities at battlefields selected by Jim for the personal meaning they hold for him. These include the Revolution’s Liberty Trail in South Carolina, the Civil War’s Maryland Campaign and the overlapping battlefields of Gaines’ Mill and Cold Harbor in Virginia, where the Trust has significantly enhanced those landscapes and grown those units of Richmond National Battlefield Park many times over.

Keep an eye on your mail and email for opportunities to contribute your own reflections on Jim’s tenure that we will compile for him in a meaningful way.

We have several personally meaningful gifts for him in the works from the staff and the board. And also look forward to honoring Lighthizer among our members next year when we gather for our 2021 Annual Conference in Chantilly, Va.

How Can I Best Support the Trust During this Transition?

As the Trust has no intention of slowing its preservation activities, donors will have ample opportunity to contribute to the acquisition of additional important battlefield landscapes. Beyond the impressive number of ambitious projects on the horizon, longtime members may also be interested in contributing to the Lighthizer Legacy Fund, which will enable future projects at battlefields hand-chosen by Jim for their central role in his achievements at the Trust and vision for its future.