The battlefield preservation nonprofit has successfully protected land at the site of the “Old Cold Harbor Tavern,” complete with restorative actions and digital resources

(Mechanicsville, Va.) — It may not have the name recognition of Independence Hall, but the “Old Cold Harbor Tavern,” despite having burned down more than a century ago, left a permanent mark on American history. Dating to before the Revolution, by the time of the Civil War, it was operated as a tavern and hotel by the Burnett family and witnessed two major engagements, lending its name to the bloody 1864 Battle of Cold Harbor. Now, following the 29-acre site’s preservation by the American Battlefield Trust, the historic structure has been recreated through a digital interface.

“This property has felt the footsteps of some of the Civil War’s biggest names during some of its most pivotal moments,” said Trust President David Duncan. “Today, a new generation — both those who tread it in person and those who visit digitally — can explore this important Civil War landmark, a tract that provides a window into the war’s impact on everyday families whose lives were uprooted when battle struck close to home.”

When the Trust realized the chance to acquire this site, building on a previous 50-acre preservation feat neighboring the property, other allies rallied to the cause. Thanks to support from the HTR Foundation, the National Park Service and the Commonwealth of Virginia, contributions from individual members were matched at an impressive $4.64-to-$1 ratio.

Going a step beyond property acquisition, the Trust next embarked on a mission of landscape restoration, removing a dilapidated modern structure from the battlefield landscape, reverting these 29 acres to more closely resemble their historical appearance. Duncan, the Trust president, was on hand to assist a professional demolition crew for the razing. Moving forward, the Trust will steward the property as it develops an interpretive plan so visitors can walk in the footsteps of the many soldiers and civilians who endured a whirlwind of chaotic events at the intersection of the Gaines’ Mill and Cold Harbor Battlefields.

In the meantime, virtual audiences can connect with the historic Old Cold Harbor Tavern through immersive digital products that transport them to the 1860s, when the tavern stood amid the swirling maelstrom of Civil War. The Trust leaned on innovative technology — in the form of computer animation and augmented reality — and historical accounts to recreate the historic tavern. On YouTube, viewers can watch a video recreation that shows the digital structure from several angles as an expert historian expounds upon visible details and excites with colorful stories. Additionally, on mobile phones, users can place a digital replica of the Cold Harbor Tavern directly in their environment through Instagram and Snapchat filters.

The tavern had its first brush with history in late May 1862, when Union Maj. Gen. George B. McClellan made his headquarters at the tavern during the Peninsula Campaign. A month later, Confederate forces had taken control of the crossroads and Maj. Gen. Thomas “Stonewall” Jackson made camp at the tavern and remained in the vicinity for the duration of the fighting that took place in the area. On the night of June 27, 1862 — following Confederate victory at the Battle of Gaines’ Mill — Jackson and Confederate cavalry chief Gen. J.E.B. Stuart reportedly slept beneath a tree in the tavern’s yard.

Almost two years later, from May 31–June 12, 1864, the eponymous Battle of Cold Harbor raged across many of the same fields, with the climax of battle sweeping over this 29-acre tract. Once again, the property served as a headquarters, and a field hospital was set up “among the trees in the yard.” In this campaign, famous Union generals populated the landscape, including Winfield Hancock and Ulysses S. Grant.

In total, the Trust has protected 626 acres across the Gaines’ Mill and Cold Harbor Battlefields. 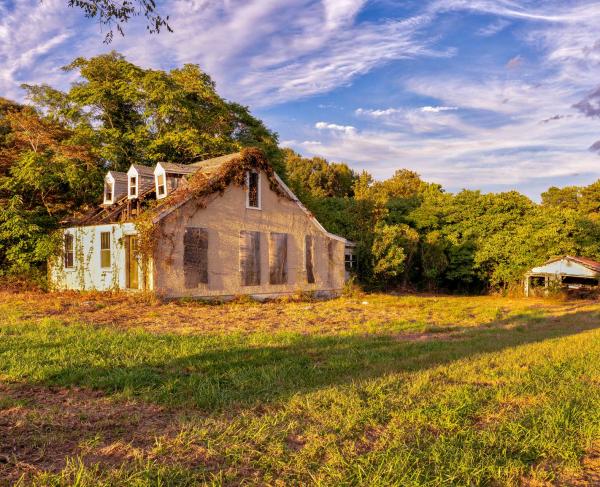