In response to the Boston Tea Party, Parliment closes Boston's port with this, the Boston Port Act.

The following is the ACT of PARLIAMENT, assented to by his Majesty, on the 30th of March, 1774.

An ACT to discontinue in such manner, and for such time, as are therein mentioned, the landing and discharging, lading or shipping of goods, wares, and merchandize, at the town and within the harbour of Boston, in the province of Massachusetts Bay, in North America.

And be it further enacted, by the authority aforesaid, or be seen hovering within the said bay, described and bounded as aforesaid, or within one league from the said bay so described, or the said headlands, or any of the islands lying between or within the same, it shall and may be lawful for any admiral, chief commander, or commissioned officer, of his Majesty's fleet or ships of war, or for any officer of his Majesty's customs, to compel such ships or vessel to depart to some other port or harbour, or to such station as the said officer shall appoint, and to use such force for that purpose as shall be found necessary; and if such ship or vessel shall not depart accordingly, within six hours after notice for that purpose given by such person as aforesaid, such ship or vessel, together with all the goods laden on board thereon, and all the guns, ammunition, tackle, and furniture, shall be forfeited and lost, whether bulk shall have been broken or not.

Provided always, that nothing in this act contained shall extend, or be construed to extend, to any military or other stores for his Majesty's use, or to the ships or vessels whereon the same shall be laden, which shall be commissioned by, and in the immediate pay of his Majesty, his heirs or successors; nor to any fuel or victual brought coastwise from any part of America, for the necessary use and sustenance of the inhabitants of the town of Boston, provided wherein the same are to be carried shall be duly turn with a cockets and let pass, after having been duly search by the proper officers of his Majesty's customs at Marblehead, in the port of Salem, in the said province of Massachusetts Bay; and that some officer of his Majesty's customs be also there put on board the said vessel, who is hereby authorized to go on, and proceed with the said vessel, together with a sufficient number of persons, properly armed, for his defence, to the said town or harbour of Boston; nor to any ships or vessels which may happen to be within the said harbour of Boston on or before the first day of June, one thousand seven hundred and seventy four, and may have either laden or taken on board, or be there with intent to load or take on board, or to land or discharge any goods, wares, and merchandize, provided the said ships and vessels do depart the said harbour within fourteen days after the said first day of June, one thousand seven hundred and seventy four.

And be it further enacted by the authority aforesaid, that all seizure, penalties, and forfeitures, inflicted by this Act, shall be made and prosecuted by any admiral, chief commander, or commissioned officer, of his Majesty's fleet, or ships of war, or by the officers of his Majesty's customs

any such bribe or reward, or shall contract, agree, or treat with any person, so authorized as aforesaid, to commit any such offence, shall forfeit the sum of fifty pounds.

And be it further enacted by the authority aforesaid, that the forfeitures and penalties inflicted by this act shall and may be prosecuted, sued for, and recovered, and be divided, paid, and applied, in like manner as other penalties and forfeitures inflicted by any act or acts of parliament, relating to the trade or revenues of the British colonies or plantations in America, are directed to be prosecuted, sued for, or recovered, divided, paid, and by two several acts of parliament, the one passed in the fourth year of his present Majesty, intituled “ an act for granting certain duties in the British colonies and plantations in America; for continuing, amending, and making perpetual, an act passed in the sixth year of the reign of his late Majesty King George the Second, intituled an act for the better securing and encouraging the trade of his Majesty's sugar colonies in America; for applying the produce of such duties, and of the duties to arise by virtue of the said act, towards de the said colonies and plantations; for explaining an act made in the twenty sixth year of the reign of King Charles the Second, intituled an act for the encouragement of the Greenland and Eastland traders, and for the better securing the plantation trade; and for altering and disallowing several drawbacks on exports from this kingdom, and more effectually preventing the clandestine conveyance of goods to and from the said colonies and plantations, and improving and securing the trade between the same and Great Britain.” The other passed in the eighth year of this present Majesty's reign, intituled “ an act for the more easy and effectual recovery of the penalties and forfeitures inflicted by the acts of parliament relating to the or revenues of the British colonies and plantations in America.”

And be it further enacted by the authority aforesaid, that every charter party bill of loadings, and other contract for consigning, shipping, or carrying any goods, wares, and merchandize whatsoever, to or from the said town of Boston, or any part of the bay or harbour thereof, described as aforesaid, which have been made or entered into, or which shall be made or entered into, so long as this act shall remain in full force, relating to any ship which shall thousand seven hundred and seventy four, shall be, and same are hereby declared to be, utterly void, to all intents and purpose whatsoever.

And be it further enacted by the authority aforesaid, that whenever it shall be made to appear to his Majesty in his privy council, that peace and obedience to the laws shall be so far restored in the said town of Boston, that the trade of Great Britain may safely be carried on there, and his Majesty's customs duly collected, and his Majesty in his privy council shall adjudge the same to be true, it shall and may be lawful for his Majesty, by proclamation or order of council, to assign and appoint the extent, bounds, and limits of the port or harbour of Boston, and of every creek or haven within the same or in the islands within the precinct thereof; and also to assign and appoint such and so many open places, quays, and wharfs, within the said harbour, creeks, havens, and islands, for the landing, discharging, lading, and shipping, of goods as his Majesty, his heirs, or successors, shall judge necessary and expedient, and also to appoint such and so many officers of the customs therein as his Majesty shall think fit; after which it shall be lawful for any person or persons to lade or put off from, or to discharge and land upon such wharfs, quays, or places, to be appointed within the said harbour, and none other any goods, wares, and merchandize whatever.

Provided always, that if any goods, wares, or merchandize, shall be laden or put off from, or discharged, or landed, upon any other place than the quays, wharfs, or places, so to be appointed, the same, together with the ships, boats, and other vessels, employed therein, and the horses or other cattle, and carriages used to convey the same, and the person or persons concerned or assisting therein, or to whose hand the same the illegal shipping or landing of goods.

Provided also, and it is hereby declared and enacted, that nothing herein contains shall extend or be construed to enable his Majesty to appoint such port, harbour, creeks, quays, wharfs, places, or officers, in the said town of Boston, or in the sid bay or island, until it shall sufficiently appear to his Majesty that full satisfaction hath been made by or on behalf of the inhabitants of the said town of Boston to the united company of merchants of England trading to the East Indies, for the damage sustained by the said company by the destruction of their goods sent to the said town of Boston, on board certain ships or vessels as aforesaid, and until it shall be certified to his Majesty in council by the Governor or Lieutenant Governor of the said province, that reasonable satisfaction hath been made to the officers of his Majesty's revenue, and others who suffered by the riots and insurrections above mentioned in the months of November and December, in the year 1773, and in the month of January, 1774. 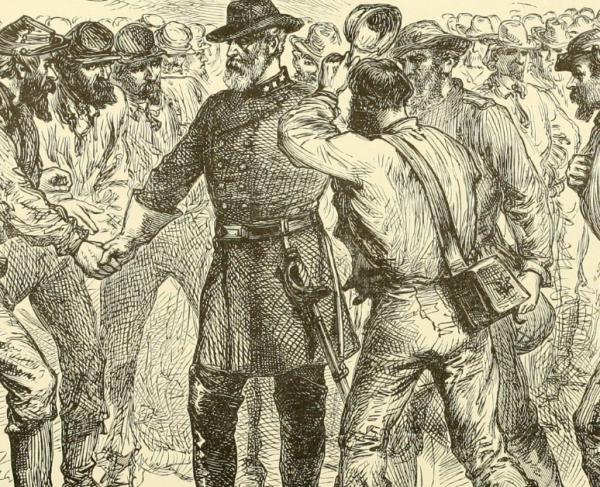 Will of George Washington Parke Custis 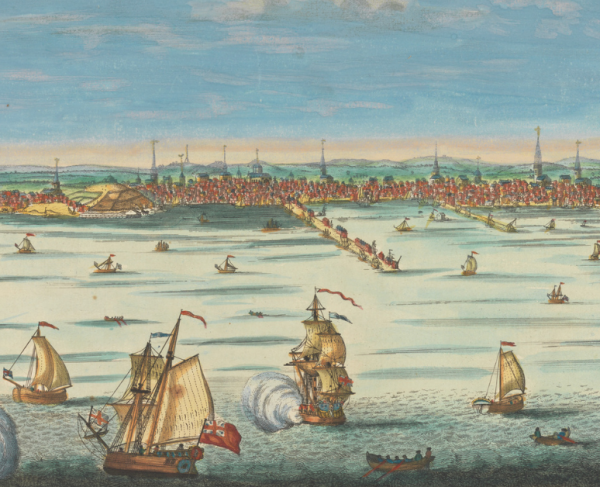