Following intense fighting with the Continental Army in September, at Freeman's Farm, the British Army fortified themselves behind two defensive redoubts – the larger, better-defended Balcarres Redoubt and the weaker Breymann Redoubt. American forces, led by General Benedict Arnold, managed to take the Breymann Redoubt, which gave them a strong position behind the British lines.

Benedict Arnold galloped into the fray and rallied the Americans in the attack on the Breymann Redoubt. A fellow officer in the Continental Line said that Arnold “behaved more like a madman than a cool and discreet officer.” During this engagement, he sustained a serious wound in his left leg.

On the morning of October 8, General John Burgoyne’s army attempted to escape north, but a cold, hard rain forced them to stop and encamp near the town of Saratoga. Cold, hungry, and weary, they dug in and prepared to defend themselves, but within two days the Americans had them surrounded.

After a week's negotiation, Burgoyne's army surrendered on October 17, 1777.

Learn More: The Battle of Saratoga 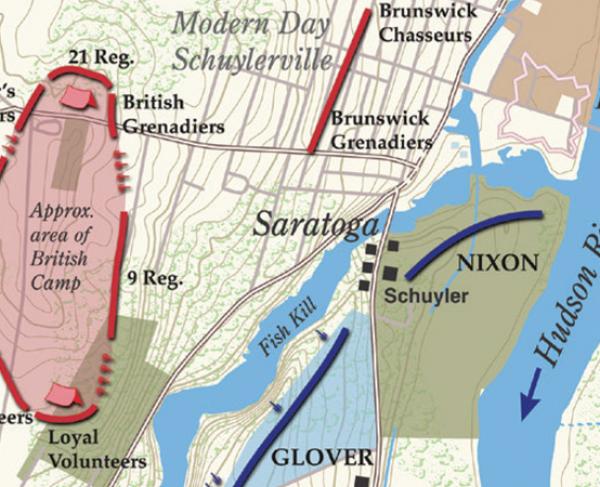 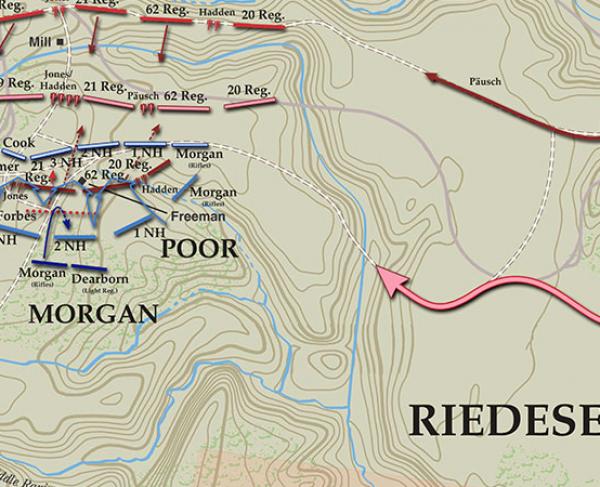