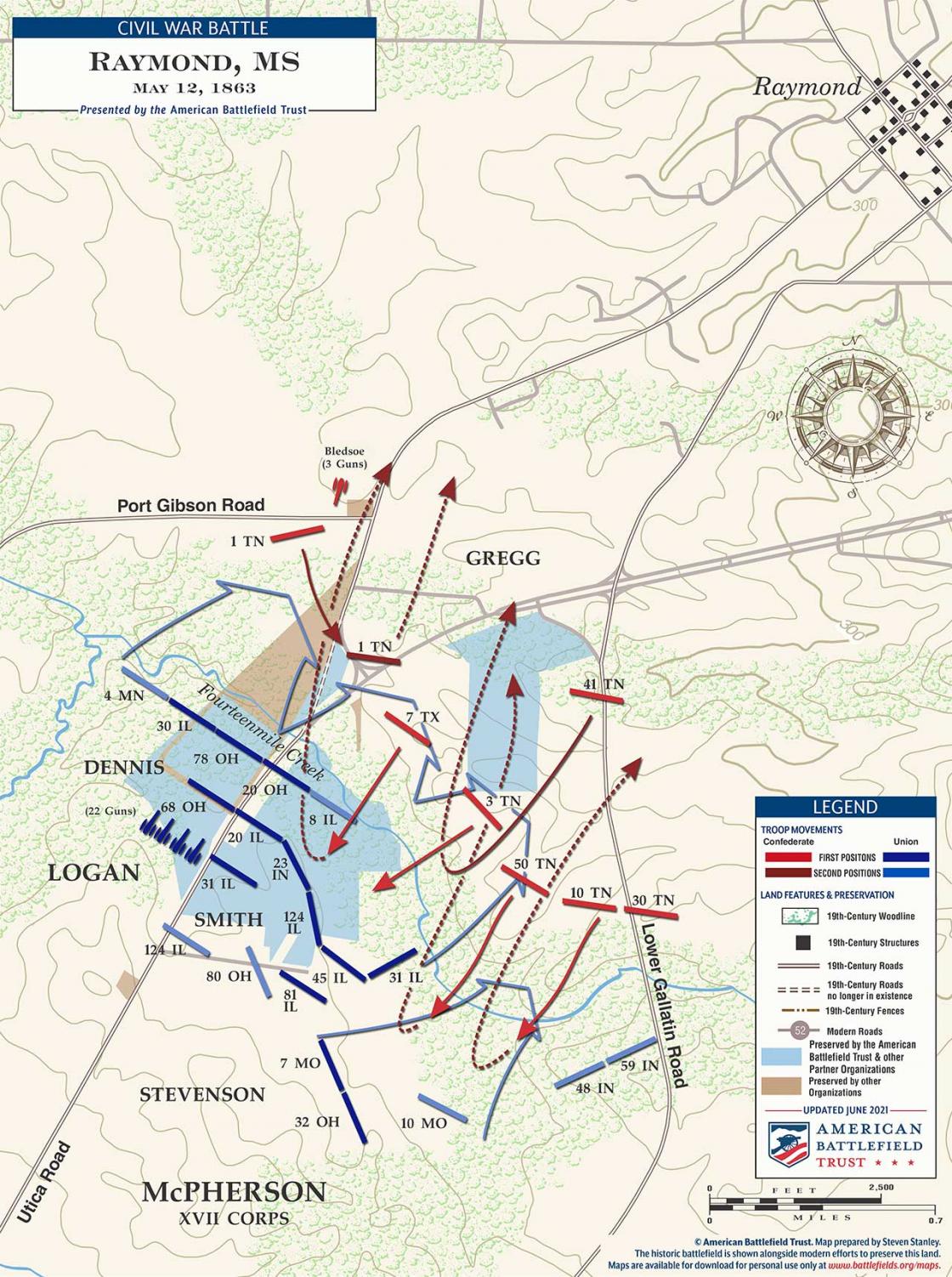 American Battlefield Trust’s map of the Battle of Raymond on May 12, 1863

Brigadier General John Gregg led his 3,000-man Confederate brigade to Raymond, Mississippi, in an attempt to intercept approaching Union troops. Since late April, Federals had been pushing north and east toward the state capital of Jackson. Before dawn on May 12, Maj. Gen. James B. McPherson and his XVII Army Corps were marching toward the town. Gregg decided to dispute the crossing of Fourteenmile Creek and arrayed his men and artillery across the Utica Road. As the Federals approached, the Confederates opened fire, inflicting heavy casualties. McPherson established a line of artillery along a ridge just 400 yards from the creek. South of the road, some Union troops broke but Maj. Gen. John A. Logan rallied a force to hold the line. Confederate troops attacked but were forced to retire. More Federals arrived on the field and Logan counterattacked on the right. Heavy fighting continued for six hours, but the overwhelming Union force prevailed.

explore the battle of raymond