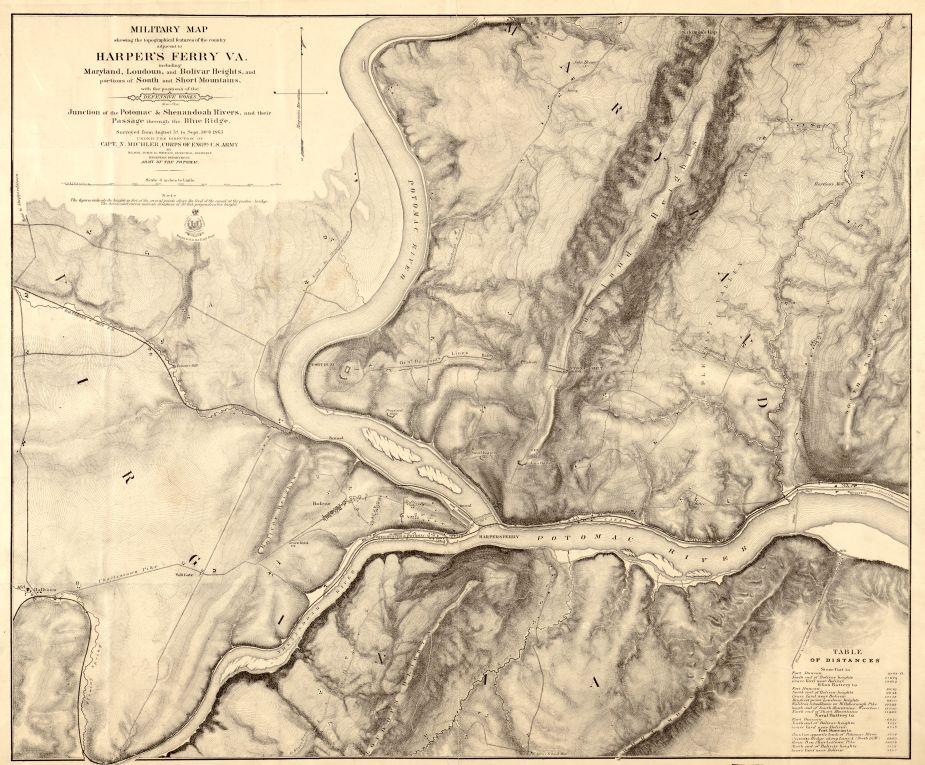 Topographical features of Harpers Ferry and the adjecent country

Military map showing the topographical features of the country adjacent to Harpers Ferry, Va.; including Maryland, Loudoun, and Bolivar Heights, and portions of South and Short Mountains, with the positions of the defensive works, also the junction of the Potomac & Shenandoah Rivers, and their passage through the Blue Ridge. Surveyed from August 3d to Sept. 20th 1863, under the direction of Capt. N. Michler, Corps of Engrs., U.S. Army, by Major John E. Weyss, Principal Assistant, Engineer Department, Army of the Potomac. Lettering by Wm. Hesselbach. Engraved in the Engr. Dept.