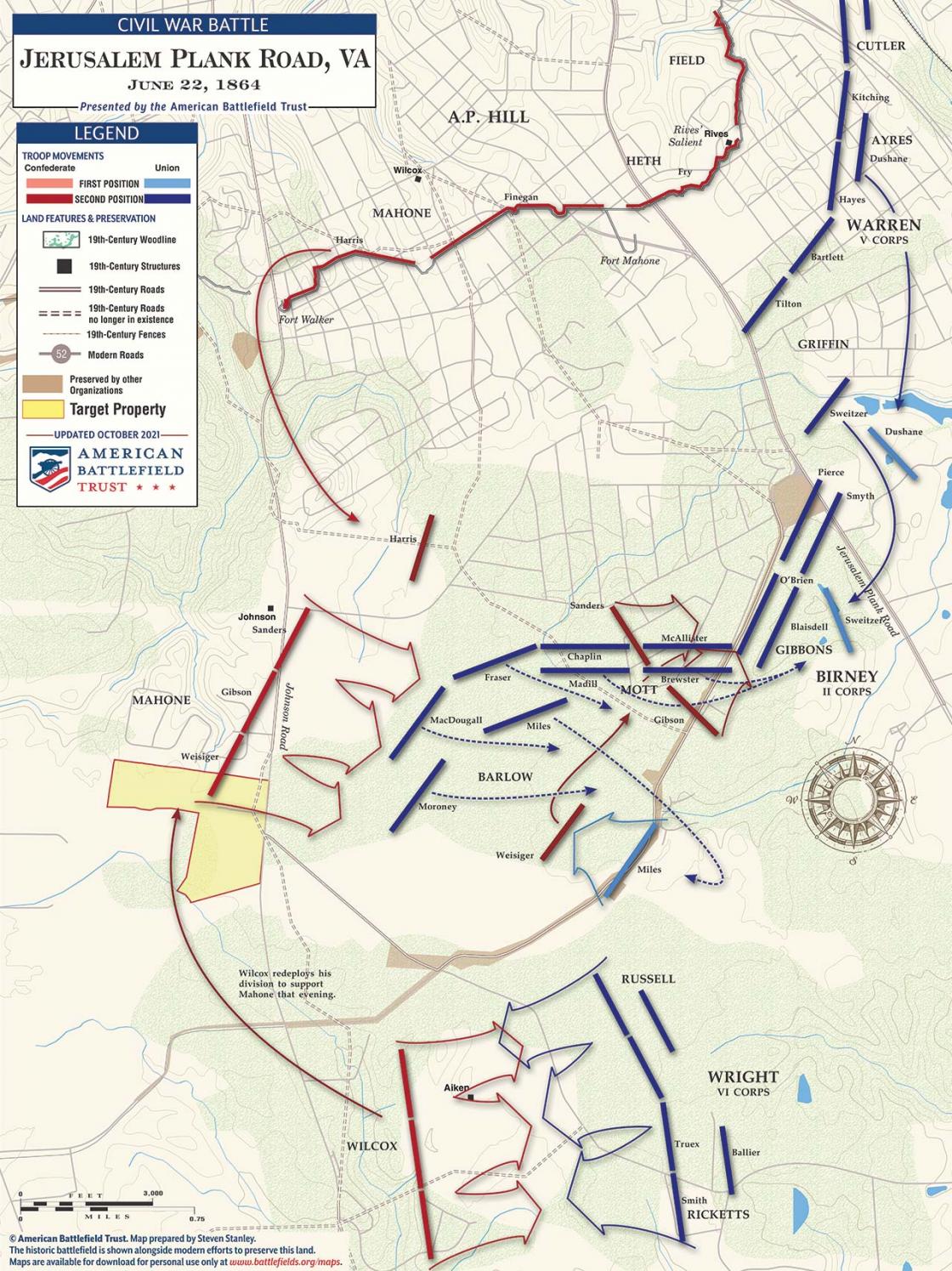 The Battle of Jerusalem Plank Road — also known as the First Battle of Weldon Railroad — was the initial conflict in the Petersburg Campaign, aimed at extending the Union siege lines to the west and cutting the Southern rail lines. Grant used both cavalry and a significant infantry force involving his army’s Second Corps and Sixth Corps.

The plan of attack was for the Second and Sixth Corps to cross the Jerusalem Plank Road and pivot northwest to reach the railroad. Difficult terrain — swamps and thickets — slowed their advance, and by the morning of June 22, a gap opened up between the two corps.

Confederate General William “Little Billy” Mahone took advantage of this gap, hiding his division in a ravine he was familiar with from his time as a railroad engineer. In mid-afternoon on June 22, Mahone’s men emerged in the rear of a Second Corps division commanded by General Francis C. Barlow, hitting the Union line near Johnson Road and rolling the stunned Federals back toward Jerusalem Plank Road and preventing their effort at securing and destroying the rail lines.

The Fight for the Weldon Railroad
10 Facts: The Petersburg Campaign