Investment of Petersburg by General Grant 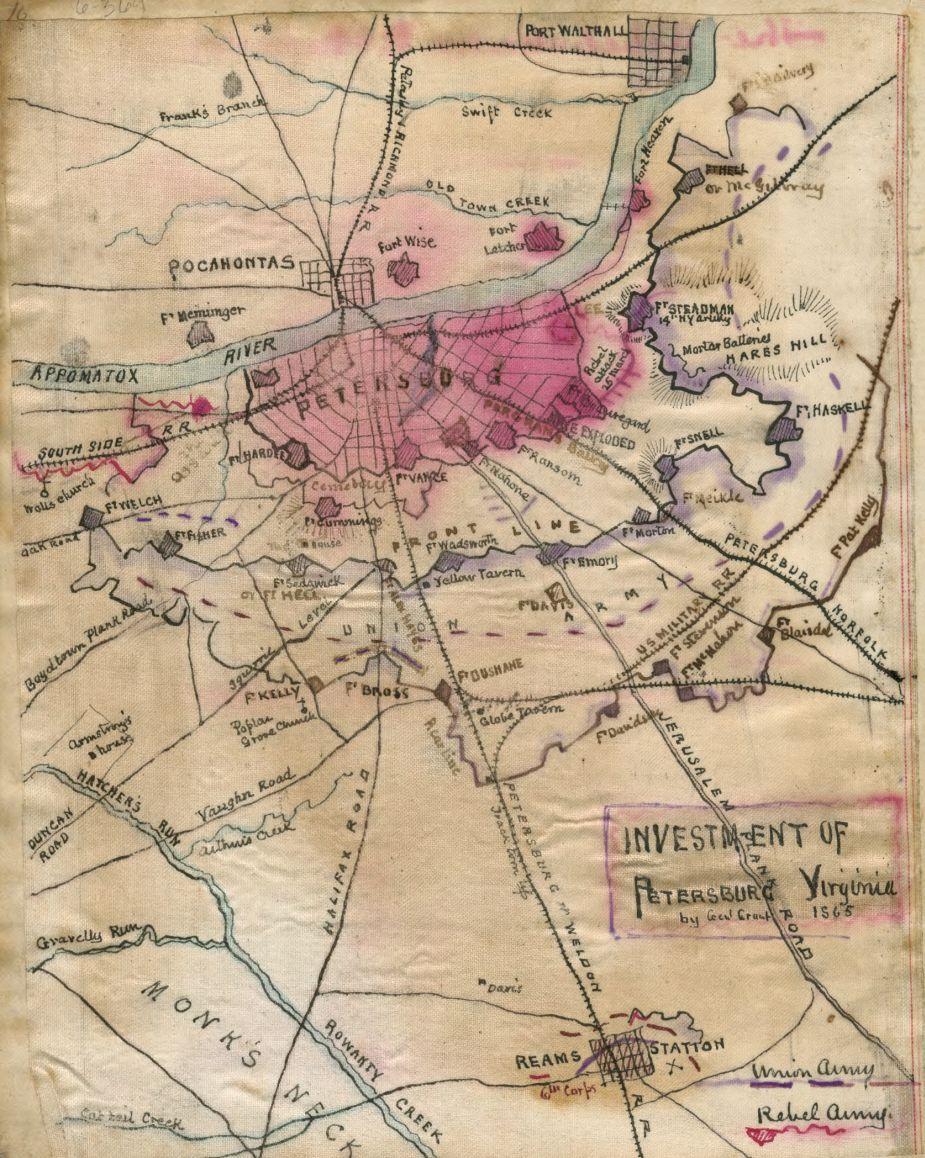 Investment of Petersburg by General Grant Library of Congress

Investment of Petersburg by Genl. Grant 1865

Map shows area surrounding Petersburg, Va., on the Appomattox River including all of the Union and Confederate fortifications during the siege of 1864-65 by Genl. Grant. Details include locations of roads, railroads, significant buildings, and creeks. Map extends to north as far as Fort Walthall, to west as far as Wells Church, to south as far as Reams Station, and to east as far as Fort. Pat Kelly.

Color coding indicates the location of Union and Confederate forces.
Relief shown by hachures.
This item is from the collections of the Virginia Historical Society
In the Robert Knox Sneden Diary (Mss5:1 Sn237:1 v. 6 , p. 369).
Manuscripts