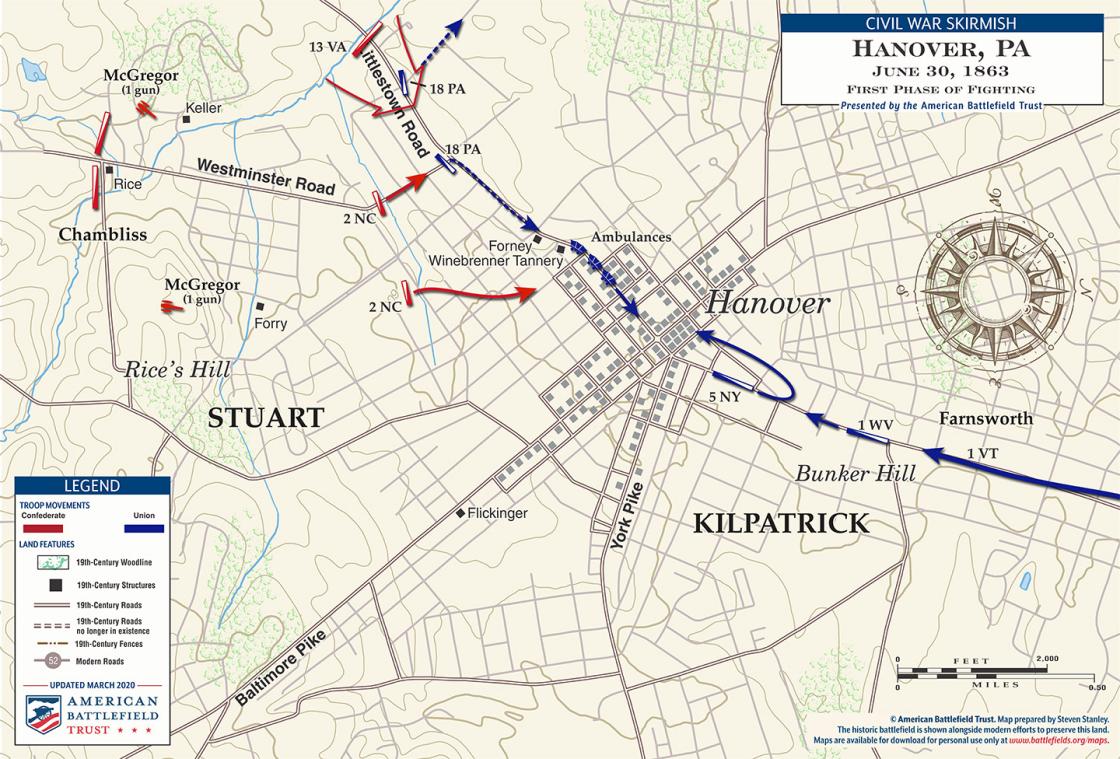 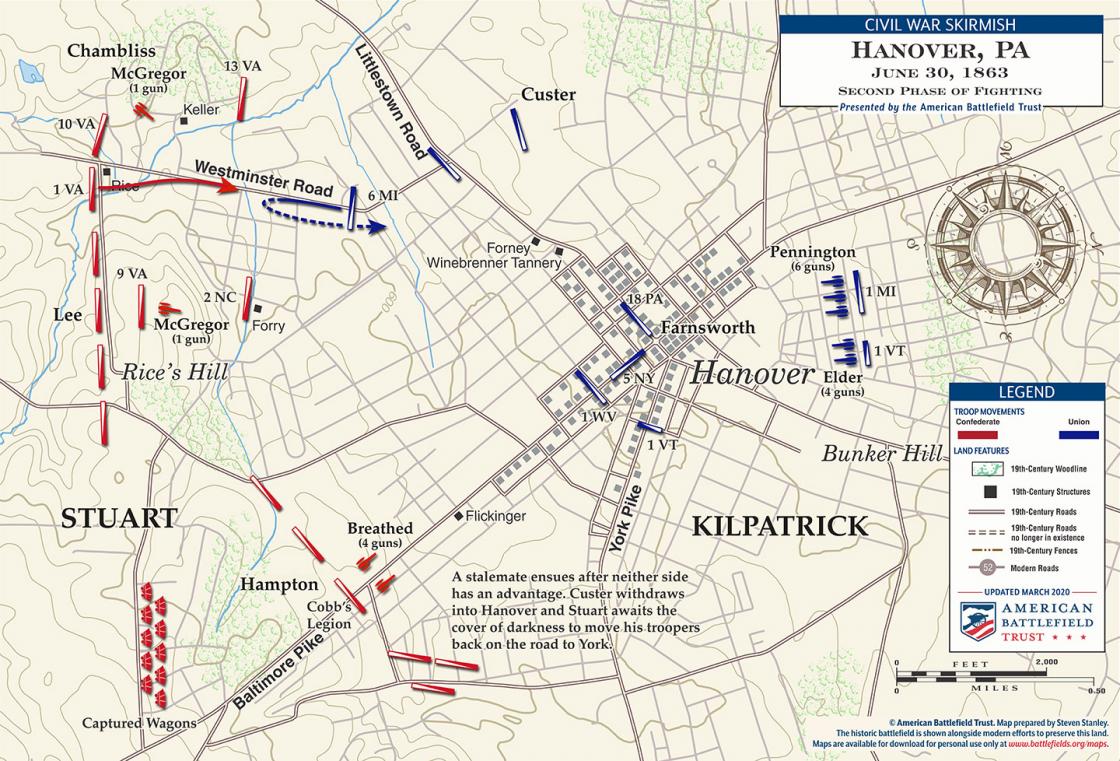 Situated some 14 miles to the east of Gettysburg, Pennsylvania, the town of Hanover played host to the troopers of the Union and Confederate armies on June 30, 1863.

Near 10 am on the morning of June 30th, Union horsemen commanded by Brig. Gen. Judson Kilpatrick made contact with Maj. Gen. Jeb Stuart's wayward cavalry command, who were on an extended raid that seemed to be growing longer by the minute. Men of the 18th Pennsylvania Cavalry and the 13th Virginia Cavalry clashed, with the Virginian's gaining the upper hand. Union troopers fell back through the town pursued by Stuart's horsemen. The Pennsylvanians were then struck by the 2nd North Carolina Cavalry as the two units neared the town.

Perceiving the danger, Brig. Gen. Elon Farnsworth reversed the 5th New York Cavalry's line of march as the troopers were heading out of town. Yankees and Rebels battled in the streets, with Farnsworth's men gaining the upper hand, while also capturing the commander of the 2nd North Carolina, Col. William Henry Fitzhugh Payne, who was thrown from his horse into a vat of tanning fluid. Jeb Stuart himself was nearly captured, and at one point he was forced to leap his horse over hedges and ditches.

Judson Kilpatrick rushed more troopers to the town, as the two sides settled into an uneasy lull.

As more Confederate troopers arrived in the vicinity of Hanover, Pennsylvania, Maj. Gen. Jeb Stuart assumed a defensive position to the south of the town in the vicinity of the Keller Farm. Stuart's Horse Artillery rolled into battery, and the Rebel troopers prepared to meet the next Federal move. Stuart not only had to contend with the enemy, but he also had to contend with 150 or so wagons that his troopers captured during their extended raid.

While Stuart gathered more forces, his Union counterpart, Brig. Gen. Judson Kilpatrick did the same. His troopers first occupied the town, and then like Stuart, Kilpatrick rolled his horse artillery into battery. He, too called on the newly promoted Brig, Gen. George Custer to dismount part of his Michigan brigade and engage with the Confederates.

As the artillery banged away at one another, Custer's 6th Michigan Cavalry gained the flank of the Confederates, who in turn, disengaged from the battle and eventually moved to the east and north. Having been forced to extend his line of march once more, Stuart would not locate Gen. Robert E. Lee until the afternoon of July 2nd. By that time, the Battle of Gettysburg was well underway.