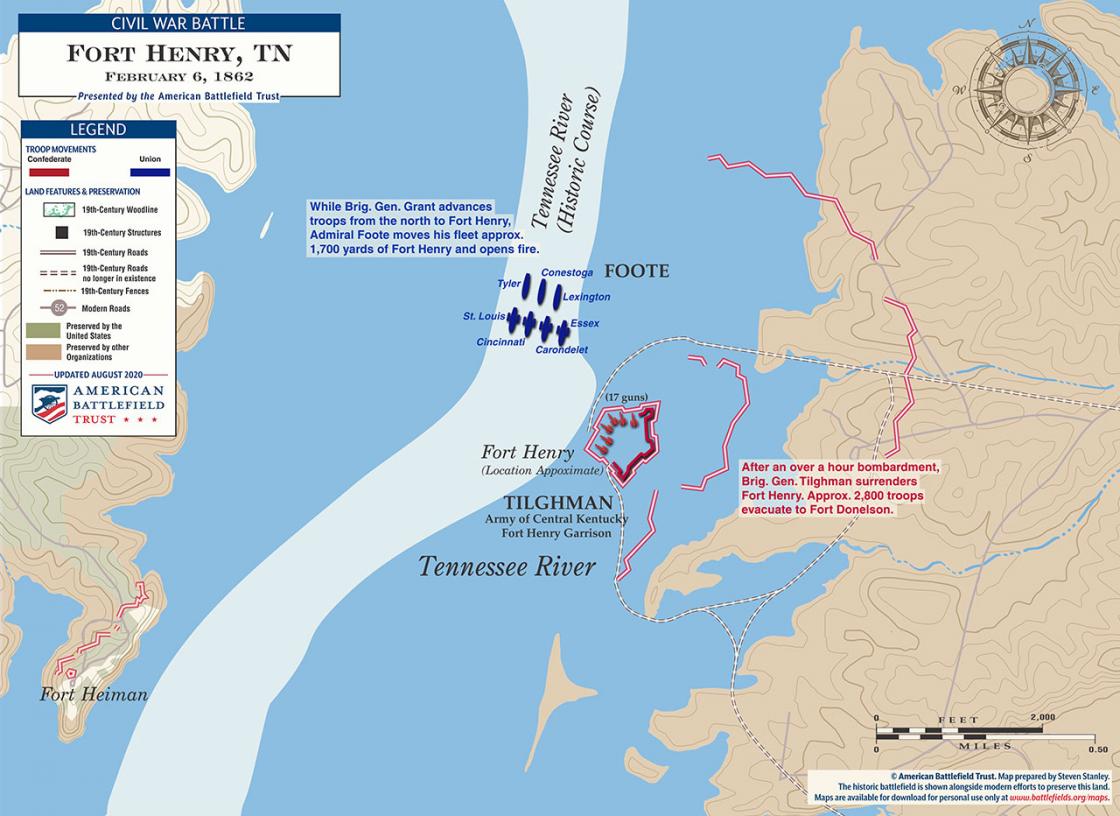 American Battlefield Trust’s map of the Battle of Fort Henry on February 6, 1862

Fort Henry, badly situated on a low bank of the Tennessee River, represented the weakest point in Confederate General Albert Sidney Johnston's defensive line in the Western Theater in early 1862. On February 6, Brig. Gen. Ulysses S. Grant and Flag Officer Andrew H. Foote attacked with the fort with a combined force of infantry and timberclads and ironclads (warships). Grant's infantry was to come up behind the rear of the fort while Foot's ships bombarded the fort from the river.

The commander of the fort, Brig. Gen. Lloyd Tighman, knew the fight was hopeless and evacuated most of his 3,200 men to Fort Donelson, some ten miles to the east. Confederate cannoneers put up a fight against the flotilla of gunboats in the river, but after two hours, they were forced to surrender. The infantry, slowed by muddy roads, arrived after the surrender.

Despite the limited scope of the battle and subsequent casualties, the fall of Fort Henry opened the Upper Tennessee to the Union and set the stage for the fall of Fort Donelson roughly one week later.