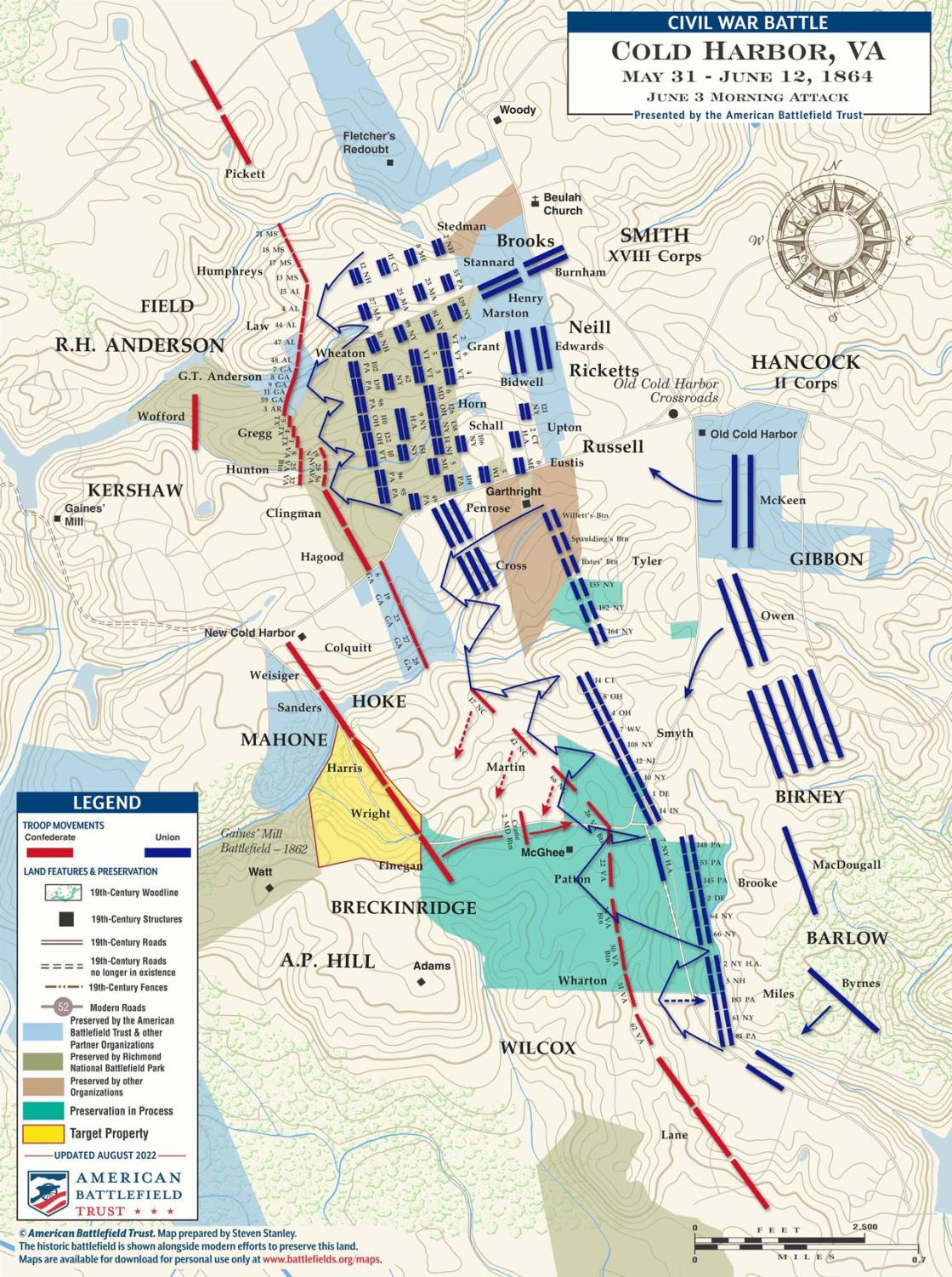 By June 2, the Confederate Army of Northern Virginia and the Union Army of the Potomac faced each other along a seven-mile front that extended from Bethesda Church to the Chickahominy River near Richmond, Virginia. That day, Lt. Gen. Ulysses S. Grant had planned a major assault on Confederate General Robert E. Lee’s right to cut off the Confederates from the Confederate capital, but when Maj. Gen. Winfield Scott Hancock's Union II Corps arrived after a 12-mile, midnight march too fatigued to attack, the operation was postponed until the following day. Before dawn on June 3, the Federal II, VI, and XVIII Corps in the main assault, and the IX and V Corps to the north, moved forward along the Bethesda Church-Cold Harbor line. The fruitless Union assault against a fixed fortified position proved to be disastrous, and the Federals sustained some 7,000 casualties. Brigadier General Francis C. Barlow’s II Corps division briefly achieved a breakthrough in Confederate Maj. Gen. John C. Breckenridge’s position but was repulsed. By noon, the corps commanders were advising against further attacks. Grant commented in his memoirs that this was the only attack he wished he had never ordered. The armies remained in these lines until the night of June 12, when Grant again advanced by his left flank, marching to the James River, bypassing Richmond, and setting his sights on the vital rail center of Petersburg, Virginia. 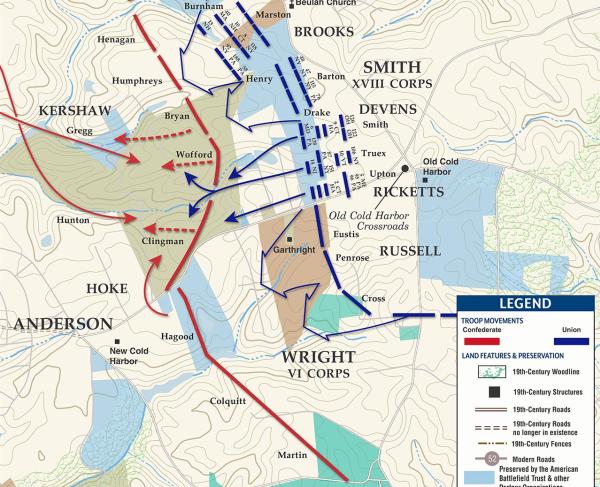 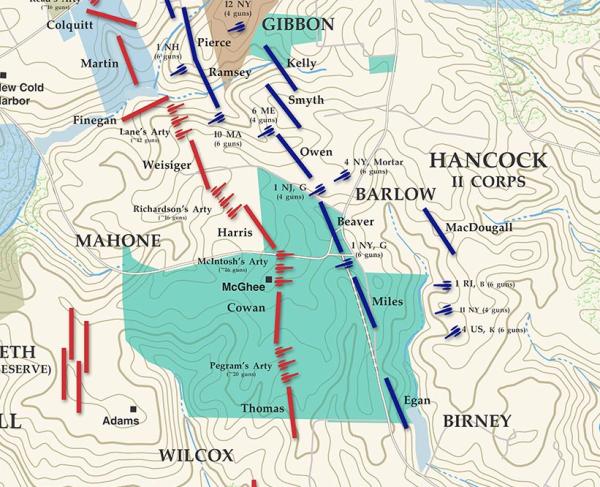 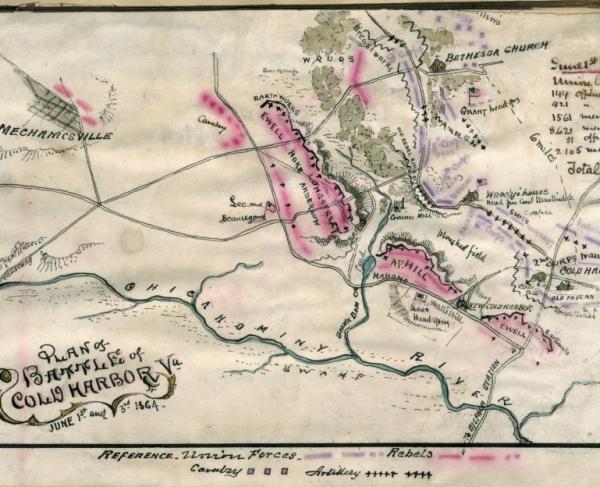 View All Related Resources
CalltoArms
Phase Three of Gaines’ Mill-Cold Harbor Saved Forever Campaign
Please help us at we begin working on Phase Three to save 45 acres that we’re calling “The Juncture at Griffin’s Woods” along with 12 additional acres...
Campaign Details
Donate Now