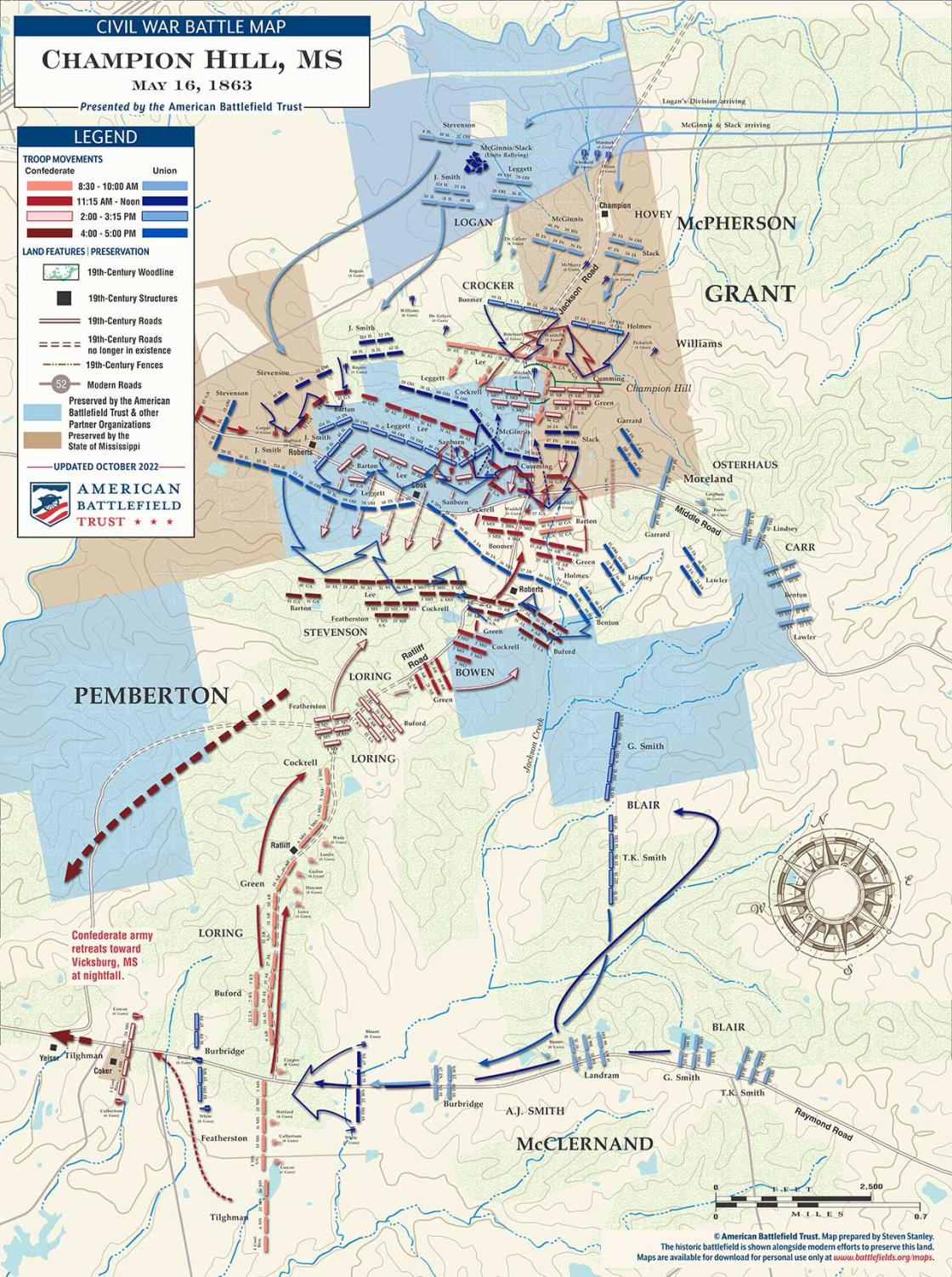 Lt. Gen. John C. Pemberton’s force formed a defensive line along a ridge overlooking Jackson Creek and covering the Middle Road and the Raymond Road to the south. Brig. Gen. Stephen D. Lee, posted atop Champion Hill, warned Pemberton of a Union column moving on the Jackson Road toward the unprotected left flank, threatening to cut the Rebels off from Edwards Station and the route to Vicksburg. Pemberton shifted his troops north to cover the hill and the Jackson Road, stretching his line thin.

When Maj. Gen. Ulysses S. Grant arrived at Champion Hill around 10:00 am, he ordered an attack, led by the divisions of Brig. Gen. Alvin Hovey and Maj. Gen. John A. Logan. By 11:30 am, Hovey’s and Logan’s brigades had reached the Confederate main line and about 1:00 pm, they took the crest while the Rebels retired in disorder. The Federals swept forward, capturing the crossroads where the Middle and Jackson Roads met, closing Pemberton’s escape route.

Maj. Gen. William Loring’s division sent brigades to support the Confederate left and center. After a brief Confederate counterattack by Brig. Gen. John S. Bowen that pushed the Federals nearly back to the Champion house, Grant sent in the division of Brig. Gen. Marcellus Crocker. Maj. Gen. John A. McClernand’s XIII Corps divisions of Peter Osterhaus, Andrew J. Smith and Eugene Carr threatened the Confederate right. Pemberton’s men could not stand up these assaults, so he ordered his men to use the one escape route still open: the Raymond Road crossing of Baker's Creek to the southwest. Brig. Gen. Lloyd Tilghman’s brigade and some artillery formed the rearguard and held the crossing at a heavy cost, including the loss of Tilghman. By nightfall, the Confederates were in full retreat towards Vicksburg.