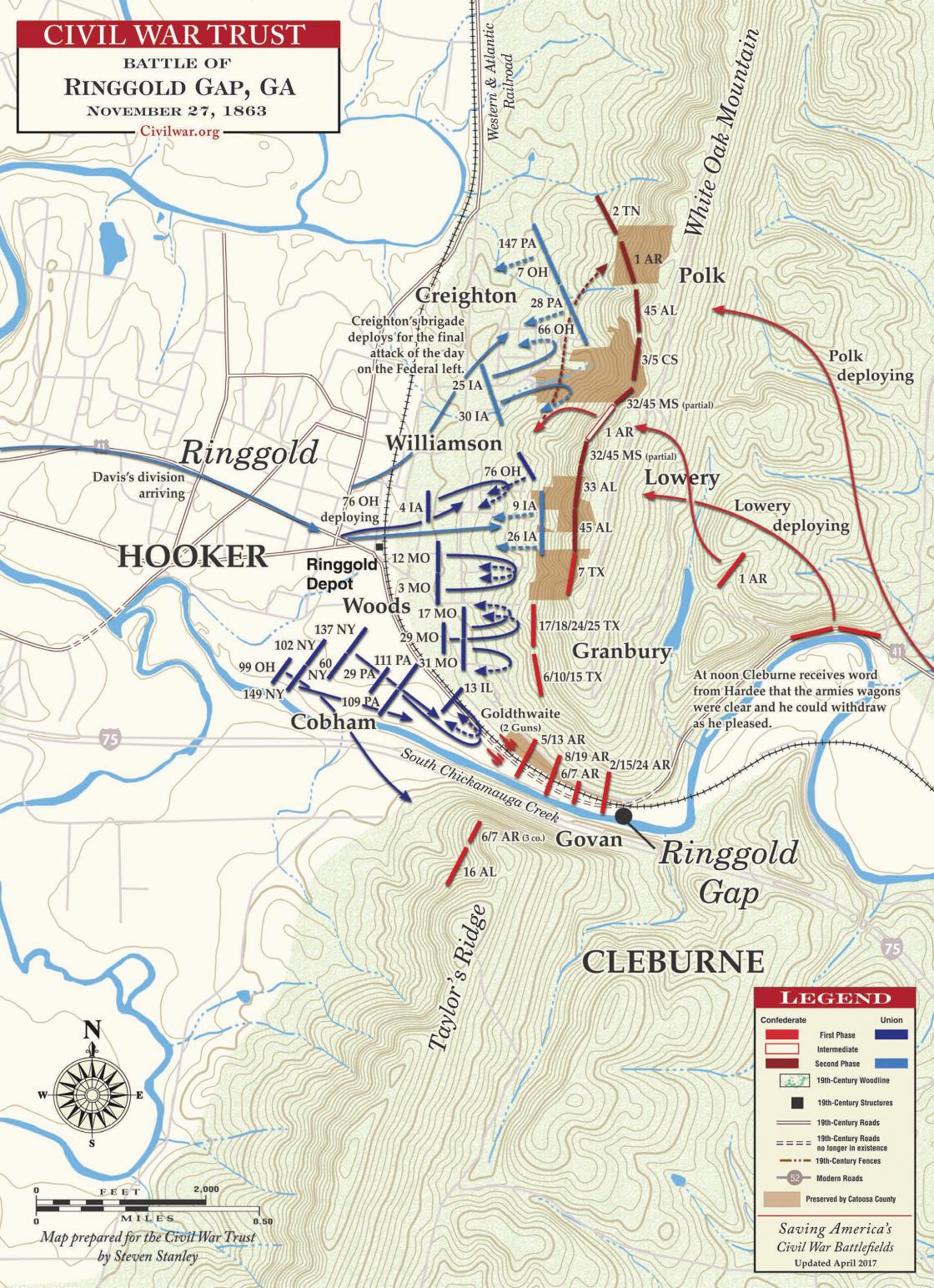 American Battlefield Trust’s map of the Battle of Ringgold Gap

Following the Union victory at Missionary Ridge outside of Chattanooga and the subsequent Confederate retreat, Yankee troops set out in pursuit as the Rebels moved south into Georgia. Maj. Gen. Patrick Cleburne’s division was ordered to fall back to Ringgold Gap with orders to hold the Western & Atlantic Railroad which passed through Taylor’s Ridge there. Control of the railroad at the gap was critical to moving the badly needed Confederate supply trains to the rear. Maj. Gen. Joseph B. Hooker, with about 16,000 men, sent his force forward into the gap on the morning of November 27th to meet the Confederate defenders.  Hooker's forces were committed piecemeal, one division or brigade at a time on the rocky slopes of the ridge.  After five hours of heavy fighting and nearing the end of their ammunition, Cleburne was ordered to fall back to protect the departing supply trains.  Leaving skirmishers in his front, he pulled back and burned the railroad bridge on east side of the ridge after the trains had safely crossed.  Having taken many casualties yet letting Cleburne slip away, Hooker was ordered to fall back to Chattanooga. Because of Cleburne's tough defense of Ringgold Gap, the retreating Confederate army survived to fight on another nine months in the North Georgia hills.