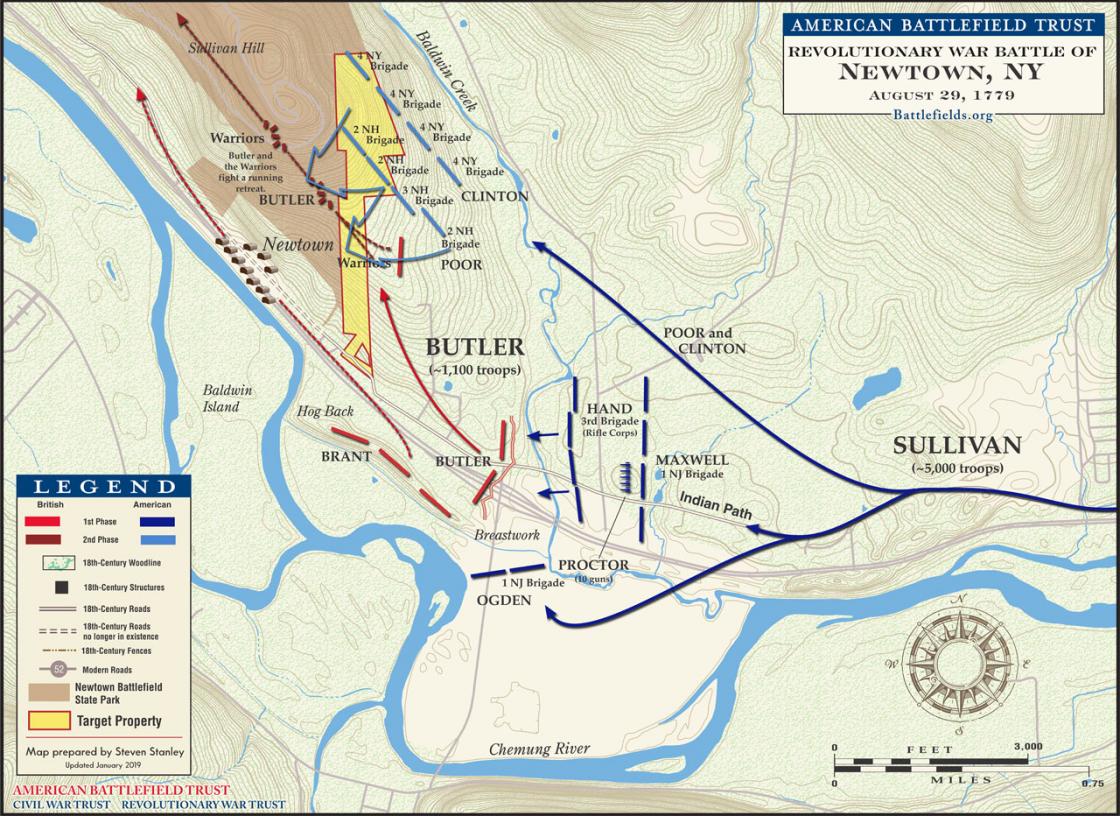 The American Battlefield Trust's map of the Revolutionary War Battle of Newtown, New York on August 29, 1779

On the morning of August 29, 1779, American General John Sullivan led a force of about 4,000 soldiers on a mission to destroy an Indian settlement that had been established at Newtown. Sullivan’s men advanced on the breastworks constructed by British Colonel John Butler and Indian Chief Joseph Brant, manned by about 300 soldiers and 800 Iroquois warriors, taking their time to reach their positions along steep ground. Once the fighting broke out, it was brutal, even hand-to-hand in some parts of the battlefield. Finally, the British commander called for a retreat. Sullivan mounted a lackluster pursuit, but still managed to achieve the crucial objective of driving the Iroquois nations out of the area, depriving the British of an important ally.

Learn More: The Battle of Newtown