The Battle of Newton occurred on August 29, 1779, as part of the Sullivan Campaign to put an end to the continuous raids waged against the Patriots by the British and their Iroquois allies. George Washington commissioned General John Sullivan to attack the Iroquois nation and destroy their morale, removing them as a threat in the war.

American victory. American General John Sullivan, tasked with removing the Iroquois from the war, led an expedition against the Iroquois, meeting little resistance, and destroying their land along the frontier in the north. Finally on August 29, 1779, the Iroquois and a group of Loyalist militia stood their ground against the Patriots at Newtown, New York, where American success crushed the Iroquois morale and vanquished the threat that they posed during the Revolutionary War.

American forces were frequently plagued by negative encounters with the Iroquois Nation in upstate New York, then the periphery of the American frontier. The British, by way of their allies within the six Iroquois Nations, conducted raids on the New York and Pennsylvania frontiers. These raids diverted manpower from the Continental Army, stripped them of their food supplies, and spread terror throughout settlements. To prevent further disturbances, General George Washington, in 1779, ordered General John Sullivan to attack and destroy the Iroquois Nation. On August 29, 1779, on the crest of a hill along the banks of the Chemung River, near present-day Elmira, New York the most crucial of the engagements of the Sullivan Expedition took place.

Gen. Sullivan began his “Sullivan Expedition,” tasked with knocking the British-allied Iroquois out of the war and removing them as a threat. To achieve this, Sullivan employed a scorched earth tactic, destroying villages and crops throughout the region. The Iroquois Chiefs, supported by limited numbers of British and Loyalist troops, avoided pitched battles wherever possible.  As a result, most of the Expedition’s clashes included small skirmishes or ambushes, with one exception at Newtown, New York. In August, 1779, after nearly 2 months of destroying Indian settlements, Sullivan and his men reached Newtown, New York, which would be the site of the only major battle of the expedition.

Newtown, situated near the border of New York and Pennsylvania, had a challenging terrain to navigate with a large sloping hill, covered in trees and thick growth. At the base of the massive hill were marshes and a creek. The terrain was beneficial for the Iroquois and their few loyalist allies, who had constructed an earthwork for their defensive position on the slope of the hill in anticipation of an American attack. The Iroquois, British and their Loyalist allies built a horseshoe-shaped redoubt on the slope of the hill to provide a view of the river valley and approaching roads. 1,000 Iroquois and 200 loyalist militiamen waited in their fortification on the huge hill, hoping to ambush and stop the Continental expedition. 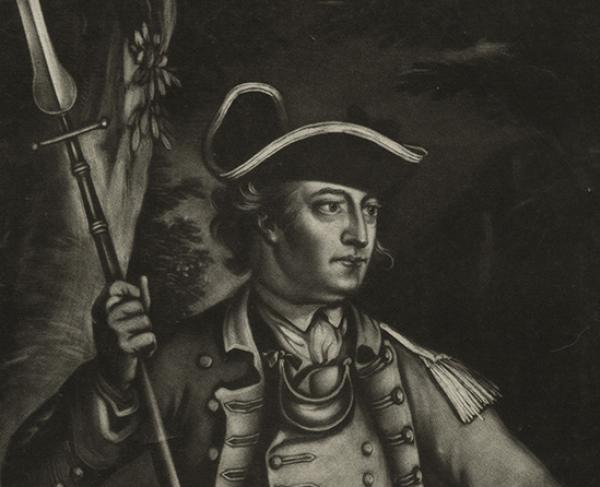 Sullivan’s column left Fort Sullivan on August 26, 1779, and slowly proceeded up the Cayuga River. On August 29, the Patriot forces approached Newtown. Sullivan’s forces numbered 3,200 fresh, well-armed, seasoned troops and at the front of Sullivan’s column were veteran frontiersmen who had served with Daniel Morgan earlier in the war. These men knew the signs of an ambush, and they were wary as they approached the hill. Just before noon, the Patriot troops discovered the hidden breastworks and reported to General Edward Hand, who deployed his light infantry to fire into the earthworks. The defenders tried repeatedly, though unsuccessfully, to lure the Continentals into an ambush before a lull fell over the field.

At 3pm, Sullivan called a council of war to determine the best plan of attack. With the advantage of greater militia numbers, Sullivan and his fellow commanders devised a complex, two-pronged attack against the earthwork. With 3,200 Continentals, Sullivan outnumbered his opponent, a factor he decided to use to his advantage. The 1st New Jersey would proceed along the river and attack the enemy right flank. At the same time, the New York and New Hampshire Brigades would attack the enemy left. To hold the enemy in place, Hand would feint in the center. Ten artillery pieces would bombard the earthworks, and signal the general assault. Once the flanking units engaged, Hand’s feint would turn into a full assault.

The plan was complex but skillfully executed by Sullivan’s well-trained troops. The swampy terrain slowed the New York and New Hampshire Brigades, which allowed the Iroquois and Loyalists just enough time to escape encirclement and destruction. A brief counterattack by Joseph Brant almost cut off the 2nd New Hampshire, but quick thinking by Henry Dearborn and his 3rd New Hampshire, supported by the 3rd and 5th New York, drove the natives back. Although some British allies escaped, the Americans emerged victorious after storming the breastworks and deploying significant artillery.

Total losses were relatively small for both sides. Eleven Continentals were killed and thirty-two wounded. Twelve Iroquois were killed and another nine wounded, with the British suffering five killed, seven wounded, and two captured. Historian Allan W. Eckert wrote that the Battle was not one of significant bloodshed when compared to others in the war. However, the battle was a crushing defeat for the Iroquois who were left demoralized. Sullivan operated virtually unopposed for the next month, allowing him to complete his expedition and end the Iroquois threat. Iroquois settlements were destroyed, and the Iroquois dispersed, suffering from famine after the destruction of their crops in search of new homes.

1. Why did the frontier remain a war zone after most of the British army left New York?

While the large-scale war occurring was the American Revolution, some historians will also say that within this larger war, an Iroquois civil war emerged. The Iroquois Confederacy was divided in its alliances between the British and the Americans. Most of the Mohawks, Cayugas, Onondagas, and Senecas allied themselves with the British, while the Oneidas and Tuscaroras joined the Americans. Most of the Iroquois land was situated on the frontier between Quebec and the borders of New York and Pennsylvania. Therefore, even after the British lost at Saratoga and moved south, the Iroquois homes remained in the area. British-allied Iroquois and Loyalists led raids against the American settlements, and the Americans often retaliated by doing the same. What ensued over the next 2 years was essentially an Indian war until Washington sent more Continental troops to intervene.

2. Why did Washington command Sullivan to destroy the Iroquois towns altogether?

When Gen. Washington wrote to Gen. Sullivan instructing him to begin the expedition against the Iroquois, he explained that he wanted battles waged at their homes in order to not only defeat them but to break their morale. Washington was seeking to relieve the Continental troops that were continuously having to fight in the north when they could better be utilized in defending the south. By destroying the towns and crops, Sullivan was ensuring that the Iroquois would be unable to remain in the areas, thereby vanquishing the threat. Extreme violence was exacted, and after the towns and villages were destroyed, many displaced Iroquois families migrated to Canada seeking protection under the British. 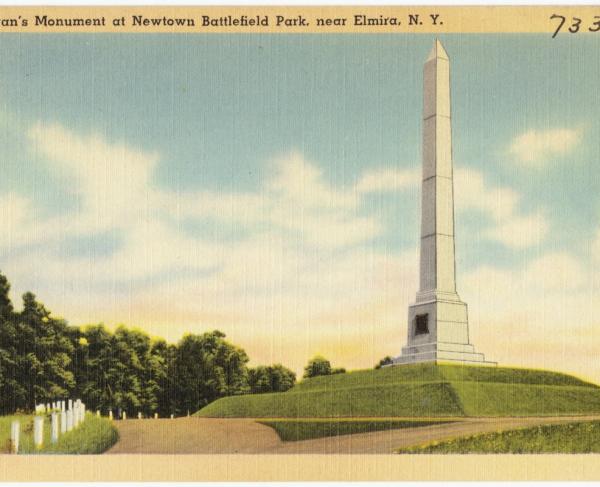 Taking place after the Continental Army destroyed a string of Native American villages, the Battle of Newton signaled the end of the Sullivan Campaign...
Details and Itineraries »