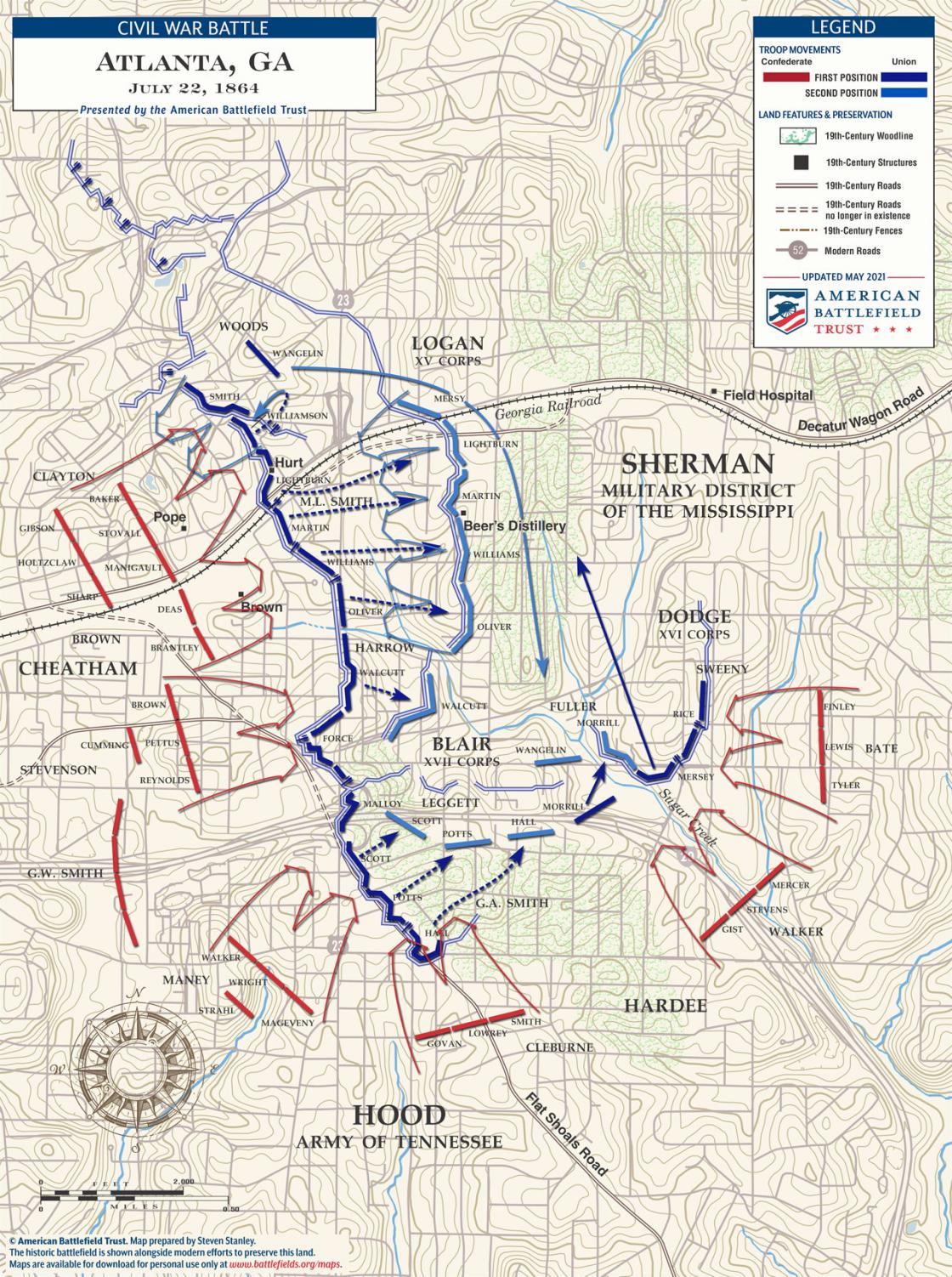 On the evening of July 21, 1864, Lt. Gen. John Bell Hood ordered Lt. General William J. Hardee’s corps to make 15-mile night march and assault the Union left flank, commanded by Maj. Gen. James B. McPherson’s Army of the Tennessee. McPherson anticipated the move and held his XVI Corps in position, where they were ideally placed to meet Hardee’s attempted flank attack. Fierce but uncoordinated Confederate attacks bent back the division lines of Brig. Gen. John Fuller from the XVI Corps and Brig. Gen. Giles A. Smith from the XVII Corps. Brigades from the corps of Maj. Gen. Benjamin Cheatham, supporting Hardee, broke through along the Georgia Railroad but was repulsed. Despite the initial success on the left and then the right, Hood’s attacks failed to dislodge the Federals.

McPherson was killed near the second position of Col. Benjamin Potts’ brigade on this map. The remains of Leggett’s Hill (also known as the “Bald Hill”) are around the modern interchange where Interstate 20 and U.S. Route 23 meet. The Troup Hurt house along the Georgia Railroad, at the site of Cheatham’s breakthrough in Logan’s XV Corps line, is the “center” of the Atlanta Cyclorama painting.

Explore the Battle of Atlanta