“It’s hard to describe the feeling of joy knowing that these acres — covering woods, fields and trenches — will be here for the next generation to explore,” said Bentonville Site Manager Colby Stevens, reflecting on the American Battlefield Trust’s extensive efforts.

Now encompassing more than 2,000 acres, the Bentonville Battlefield in Johnston County, N.C., has become a destination for visitors from far and wide. Over the course of 32 years, the Trust has helped to preserve more than 1,900 acres of immaculate hallowed ground, including a seven-acre victory across two properties just earlier this year.

The 1865 Battle of Bentonville, the largest ever fought in the Tar Heel State, was part of the last series of standoffs between Union Maj. Gen. William Tecumseh Sherman and Confederate Gen. Joseph E. Johnston, as Federal forces closed in around the Confederate army. At this central North Carolina site, the Confederates took the first step in their final stand.

For quite some time, however, this game-changing battlefield was left unpreserved and its future was not guaranteed.

It wasn’t until 1957 that the North Carolina State Legislature appropriated $25,000 to purchase 51 acres, including the Harper House, at Bentonville. Then, over the course of the next 20 years, the Bentonville Battlefield State Historic Site introduced interpretive programs that produced an uptick in visitation. Subsequently, the state’s General Assembly appropriated further funds to acquire an additional 36 acres.

In June of 1990, one of the Trust’s predecessor organizations — the Association for the Preservation of Civil War Sites — began what has now become an amazing journey for the Trust. The group purchased 7.24 acres at Bentonville with the assistance of the Bentonville Battlefield Historical Association. Over the following years, the National Park Service’s American Battlefield Protection Program (ABPP) took notice of the pristine condition of the North Carolina site, and the Civil War Sites Advisory Commission designated it as a “Priority One, Class A” battlefield in the Report on the Nation’s Civil War Battlefields. Commission members and historians Ed Bearss and James McPherson were amazed by the quality and number of existing fortifications, unlike any they had seen before.

By 1996, the site was designated a National Historic Landmark. Soon after, local, state and federal entities joined together to plan and work toward larger preservation goals. 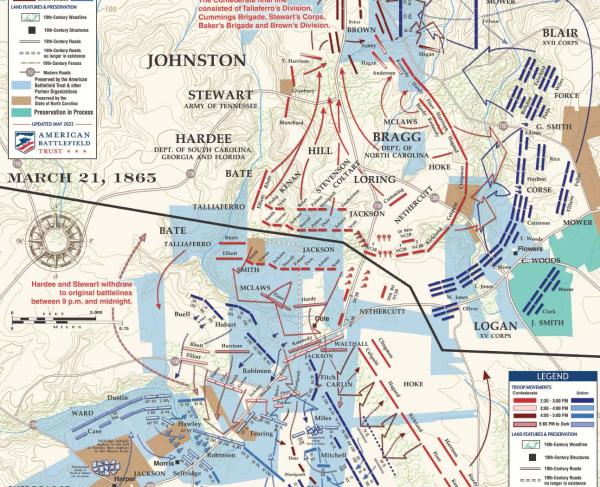 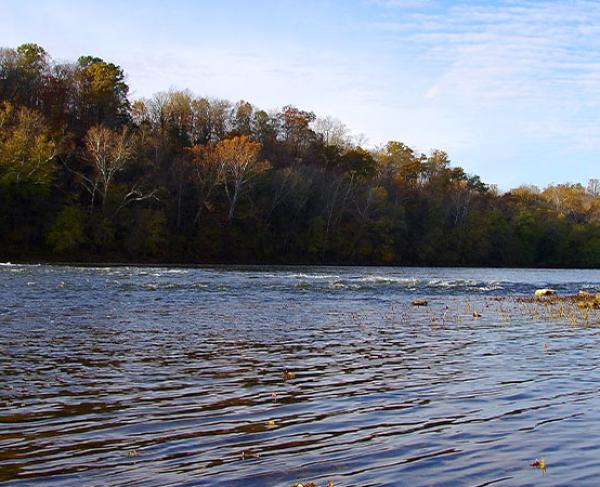 The Trust’s efforts at Bentonville have been ongoing since 2003, with steady support from ABPP boosting the impact of state funding and donor dollars. We’ve made longstanding connections, resourcefully relied on partners, received generous contributions from members, prioritized preservation targets and worked with the state to incorporate large swathes of battlefield land into the historic site. Altogether, these actions are the reason that Site Manager Colby Stevens can now say, “[O]f the more than 2,000 acres preserved at Bentonville, over 90 percent is thanks to the Trust.”

One person deeply involved in these preservation efforts is the Trust’s Director of Project Management Kathy Robertson. For her, the most notable part of piecing together Bentonville has been “the people, especially the landowners I’ve met.” She has stayed in touch with many of the families — and if you ask her about them, you can hear how much she genuinely cares. Through the real relationships Kathy and the Land Preservation team have fostered, Bentonville-area families have repeatedly come back to the Trust to ensure the protection of battlefield land.

“At Bentonville, we are working towards a critical mass that allows for many of these properties to interlock and become [a] whole,” says Kathy. “This, in turn, benefits the trails that visitors seek to explore [to] understand the battle’s history.”

When asked how preservation has changed the way visitors interact with the site, Stevens emphasized the extensive trail system. “As the battlefield rapidly expanded, staff realized that visitor access had to match the growth. Today, the trail is nearly 4.5 miles long and mostly follows either Confederate or Federal trenches dug on the first day of the battle. Where else can you walk the same woods, have nearly the exact same viewshed and, in some spots, even see the logs the soldiers used to build the trenches?”

Since becoming site manager in 2019, taking over the initiatives previous site manager Donny Taylor had set in motion, Stevens notes that he’s already seen tremendous growth at Bentonville and says there’s “no signs of slowing in the future.” He attributes much of the success to the partnership between North Carolina Historic Sites and the Trust.

Stevens noted, “We always love to see folks walk in the visitor center wearing a Trust t-shirt or baseball cap. That’s because your efforts are making a difference. Because of you, visitors can now follow in the footsteps of their ancestors, stand behind trenches these ancestors dug or look across the same fields they fought upon in 1865. This, and much more, has enabled a profound visitor experience.”

The Trust has saved more acreage at Bentonville than at any other battlefield outside of Virginia. And, as Stevens indicated, the Trust has no plans to stop. While the organization works now to fill the “holes in the donut” in the first day’s battlefield, the long road ahead will consist of efforts to bring pieces of the second- and third-days’ battlefields into the fold.

As for Stevens, he says the park has its sights set on new tour stops, additional trails, refreshed historical waysides, new programs and additional interpretation perspectives. “The level of success that Bentonville has been able to attain thus far cannot be laid at the feet of one person — it stems from the wonderful partnership between North Carolina State Historic Sites and the American Battlefield Trust. Growth only works when both parties are fully invested and fully involved, a rare situation indeed, but one that has taken root at Bentonville.” 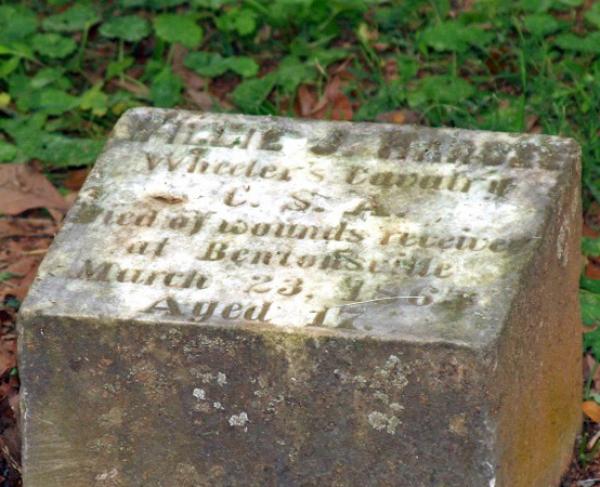