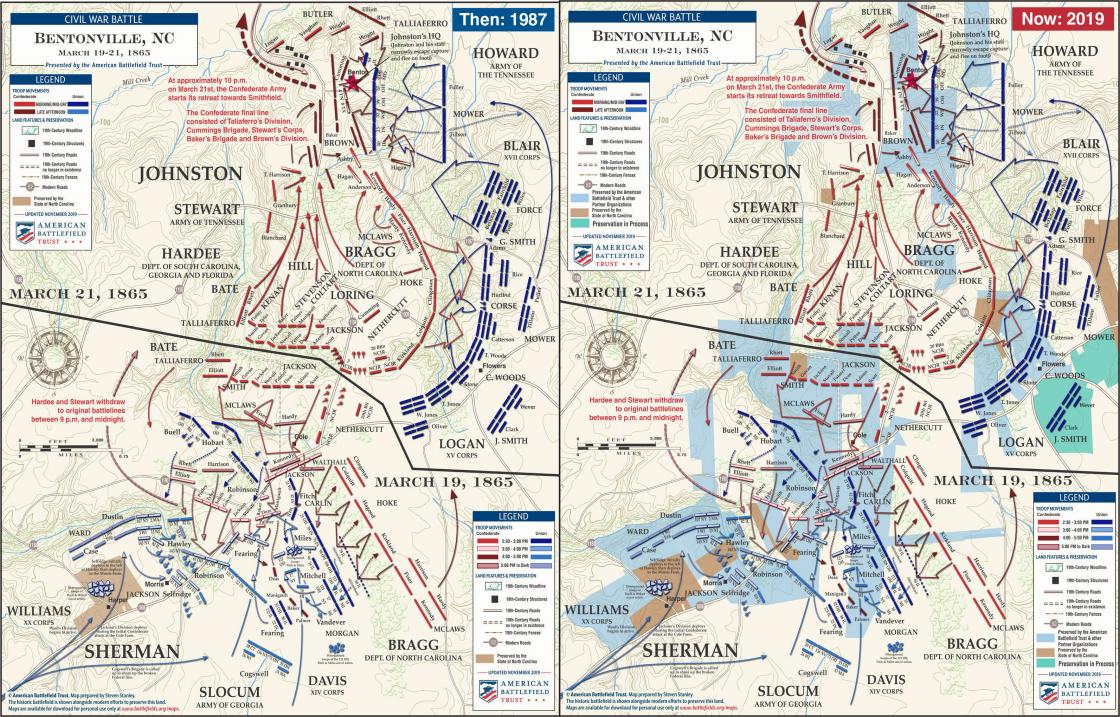 General William T. Sherman began 1865 with a bold plan to march his Union armies through the heart of the Carolinas and link up with Federal forces in Virginia. Setting out from Savannah in January, Sherman’s men crossed into North Carolina in early March, living off the land as they went. Finding the two wings of the Yankee force divided, Confederate General Joseph E. Johnston and a makeshift force struck a portion of Sherman’s army on March 19. The Federals rallied, however, and over the course of the next two days, reunited and repulsed “the last grand charge of the Army of Tennessee.” 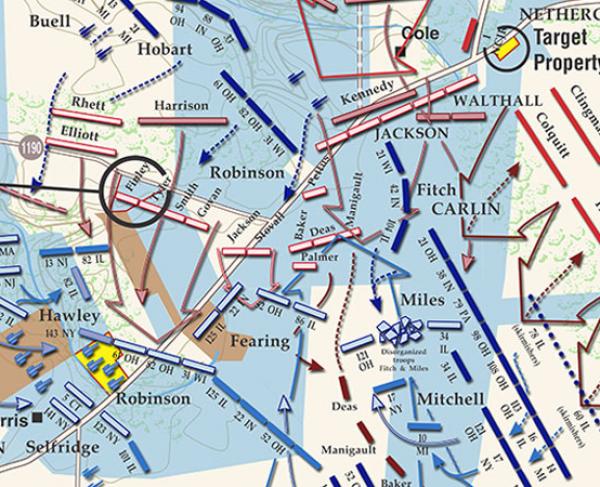 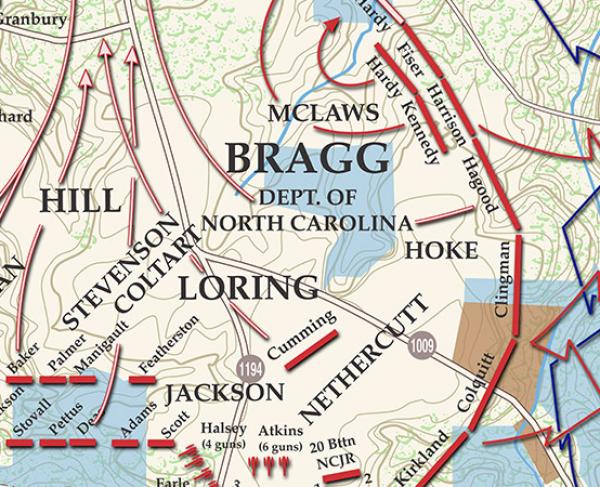 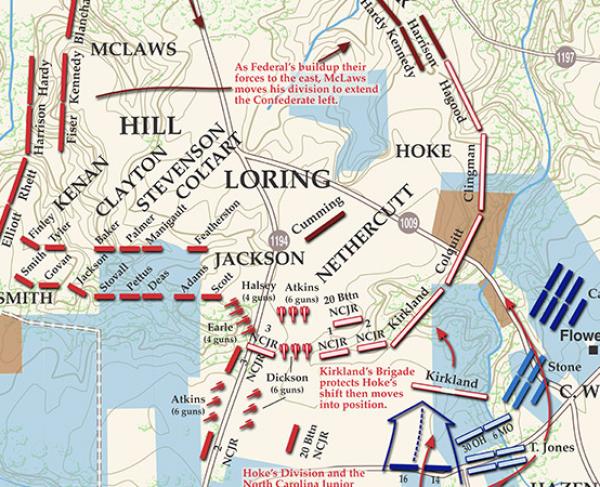