Prof. Jonathan Noyalas, author and editor of several books and articles on the Civil War and chief historian of the Kernstown Battlefield, helped us assemble these 10 facts about the Battle of Cedar Creek.  We hope that these interesting facts will improve your awareness and appreciation for this important 1864 Civil War battle in Virginia.

Once Gen. Early determined to attack the Army of the Shenandoah in its fortified position on the north bank of Cedar Creek, he needed to determine how to do it. On the night of October 17, Gen. John B. Gordon, Capt. Jedediah Hotchkiss, Maj. Robert W. Hunter, and Gen. Clement Evans scaled Massanutten Mountain to observe the Union position. Gordon and Hotchkiss quickly agreed that the Union left flank afforded the only place an attack could be made due to the absence of Union cavalry guarding the fords along Cedar Creek and the North Fork of the Shenandoah River. Despite the recommendation of Gen. John Pegram—one of Early’s division commanders—to assault the Union right flank, Early believed in Gordon’s and Hotchkiss’ assertion that the Federal army’s eastern flank was its weakest point. The estimation proved true as the Union VIII Corps, which guarded the Army of the Shenandoah’s eastern flank, was driven from its position in approximately twenty minutes.

Fact #2: Contrary to popular belief not every Union soldier was surprised by Gen. Jubal Early's attack.

Although most Union soldiers, by mid-October, believed that Early’s army no longer posed a threat in the Valley and would not dare attack, Gen. William H. Emory, commander of the XIX Corps, believed a Confederate attack imminent due to information he received about activity of Confederates spying on the Union position. When Emory reported the intelligence to Gen. Horatio G. Wright, the army’s temporary commander, Wright discounted it. Additionally, Col. Stephen Thomas, a brigade commander in the XIX Corps received intelligence which reported individuals in civilian clothing examining the Union position from the base of Massanutten Mountain. Furthermore, army provost marshal Capt. Benjamin Crowninshield reported that thirteen spies employed by the Army of the Shenandoah delivered information “that some move” by Early against the Union position “was contemplated.”

Fact #3: The Battle of Cedar Creek produced more than 8,000 casualties.

Although casualty numbers are often suspect, most assessments of the casualties incurred at the Battle of Cedar Creek reveal that the Union army, which entered the battle with an overall strength of 31,610 men, suffered 5,764 casualties, 569 of whom were killed.  The Confederate army which consisted of 14,091 men at the battle’s outset suffered approximately 3,060 casualties, 1,860 of whom were either reported killed or wounded.

Fact #4: Twenty-one Union soldiers were awarded the Medal of Honor for actions at Cedar Creek.

Ten officers and eleven enlisted men received the nation’s highest military honor for actions of heroism at the Battle of Cedar Creek. Among the recipients were eight soldiers from New York regiments and five from Vermont units. Among the Vermonters to receive the honor was Col. Stephen Thomas—commander of the second brigade, first division, of the XIX Corps. During the early morning phase of the battle Gen. Emory ordered Thomas’ command out of its entrenchments to a wooded ridge on the east side of the Valley Pike to slow the Confederate attack. For nearly thirty minutes Thomas’ brigade held and allowed Emory to strengthen his line to meet the Confederate attack. Thomas’ command suffered catastrophic losses for its efforts.  For example the 8th Vermont—one of the brigade’s four regiments—lost 106 men out of 159 engaged, including the loss of thirteen of its sixteen field officers.

Fact #5: Two future Presidents of the United States fought at the Battle of Cedar Creek.

Col. Rutherford B. Hayes, who commanded the second division of Gen. George Crook’s VIII Corps was elected the nineteenth President of the United States in 1876. He served one term. Capt. William McKinley, who performed staff duties with the VIII Corps at the battle of Cedar Creek, was elected the twenty-fifth President of the United States in 1896. He was shot on September 6, 1901, at the Pan American Exposition in Buffalo, New York. He died eight days later.

Fact #6: The battle resulted in the death of one of Gen. Early's division commanders.

Out of the five generals who commanded infantry divisions in Early’s army, only one paid the ultimate price—Gen. Stephen D. Ramseur.  Throughout the battle Ramseur, according to those near him, fought with great determination in the hope that a heroic effort in battle and a Confederate victory would earn him a furlough to go home to North Carolina and visit his newborn daughter Mary.  Unfortunately, Ramseur would never set eyes on his daughter.  During the Union counterattack on the afternoon of October 19, 1864, as Ramseur’s division defended the area around Miller’s Mill a Union bullet mortally wounded Ramseur when it entered the general’s right side, pierced both lungs, and lodged in his left side.  Although one of Ramseur’s staff, Maj. R.R. Hutchinson, and others attempted to get the general safely off the field, Corporal Frederick Lyon of the 1st Vermont Cavalry captured Ramseur’s ambulance in Strasburg.  Lyon escorted Ramseur to Union headquarters at Belle Grove where on the morning after the battle, at the tender age of twenty-seven, he died.  Lyon received the Medal of Honor for his actions.

Fact #7: The Battle of Cedar Creek emerged as the popular defining moment of Sheridan's military career and made his war horse Rienzi a national sensation.

Although Sheridan had a long and storied military career, the moment which arguably defined him in the popular consciousness of American society was

the Battle of Cedar Creek and specifically his ride from Winchester to Middletown. Individuals such as Thomas Buchanan Read, Thur de Thulstrup, Charles Andrus, and Gutzon Borglum immortalized the event of Sheridan’s ride in poetry, painting, and sculpture. That episode became one of the most popularly depicted scenes in painting—with only renderings of the Battle of Gettysburg and the battle between the ironclads USS Monitor and CSS Virginia being more popular subjects. During Sheridan’s funeral in 1888 Cardinal Gibbon, who presided over the Catholic funeral rite at St. Matthew’s Cathedral in Washington, D.C., noted during the eulogy that “one incident” revealed Sheridan’s greatness as a general “his famous ride in the Valley of Virginia.”

The ride also made a national sensation of his horse Rienzi—renamed Winchester after the battle. Today, Rienzi’s stuffed remains can be seen on display at the Smithsonian Museum of American History in Washington, D.C.

Fact #8: Gen. Early shouldered none of the blame for the Confederate defeat.

Although some of Early’s subordinates, most notably Gen. Gordon, believed that Early’s decision to stop the offensive by late morning doomed the Confederate army to disaster, Early believed all of his decisions prudent. After the battle he accepted none of the responsibility for the disastrous loss. Early informed Gen. Robert E. Lee that the reversal of fortunes at Cedar Creek “are due to no want of effort on my part.” Some Confederates supported Early’s assertion. Capt. Samuel Buck of the 13th Virginia noted: “Gen. Early deserved great credit for this battle; won a victory second to none in the war and lost all by no fault of his own.”

Along with the successes of Gen. William T. Sherman in Georgia, Sheridan’s success at Cedar Creek greatly bolstered Lincoln’s bid for reelection in November. Two days after the battle, Lincoln supporters held a torchlight parade where they cheered Sheridan’s victory at Cedar Creek. The display of support for Sheridan ended at the Executive Mansion where the crowd cheered for Lincoln to make an impromptu address. “I propose that you give three hearty cheers for Sheridan… we may as well consider how fortunate it was for the Secesh that Sheridan was a very little man. If he had been a large man, there is no knowing what he would have done to them,” Lincoln told the onlookers. After Lincoln defeated the Democratic candidate George B. McClellan, Lincoln issued General Orders No. 282 on November 14, 1864, which announced Sheridan’s promotion to major general in the regular army. Lincoln specifically cited Sheridan’s “personal gallantry” and “military skill” at Cedar Creek as the justification for the promotion.

Veterans of the 8th Vermont dedicated the first permanent monument on September 21, 1885. The veterans positioned the monument on the ridge where the regiment suffered such fearful carnage on the morning of October 19, 1864. On October 15, 1907, survivors of the 128th New York dedicated their monument to the regiment’s service. The veterans placed the monument at the left end of the XIX Corps’ trench line. On September 16, 1920, the North Carolina Historical Commission and the United Daughters of the Confederacy dedicated a monument to the memory of Gen. Stephen D. Ramseur, mortally wounded at the battle. Ramseur’s daughter Mary unveiled the monument before a crowd of Confederate and Union veterans. 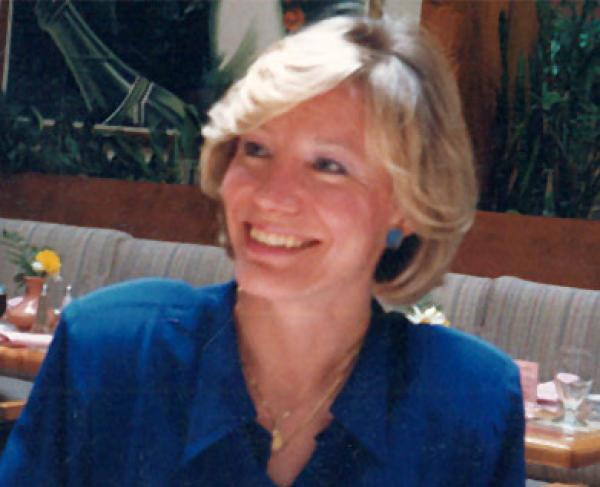 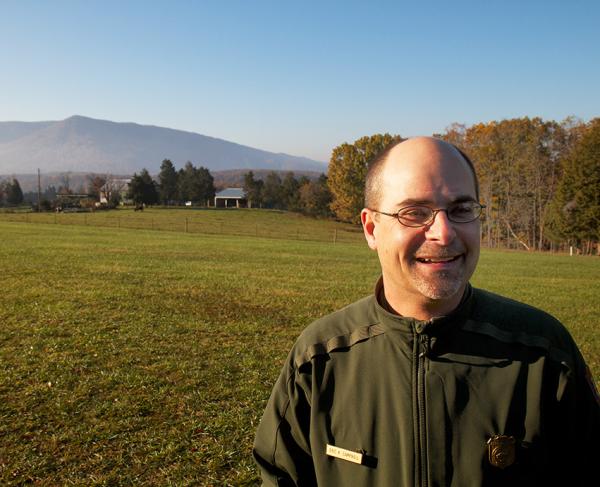