(Washington, D.C.) — February provides an unparalleled opportunity to recognize the culture, history and accomplishments of African Americans past and present for Black History Month. Throughout this important month, the Trust will proudly highlight the commitment and contributions of African American citizen soldiers, including the approximately 180,000 men who volunteered to fight in the Union army and navy during the Civil War as the U.S. Colored Troops (USCT). The Trust is dedicated to preserving the hallowed ground where these troops fought and recommends the following commemorative events — in addition to countless local celebrations — as meaningful ways to salute the sacrifice of these storied American soldiers.

February 1-28: “To Catch A Thief: Constellation Fights the Slave Trade" Tour, Baltimore, Md.
Learn about the history of Constellation, flagship of the navy’s African Squadron and the vessel that led our nation’s fight against the trans-Atlantic trafficking of slaves. This little-known, but critically important, service occurred in the years leading up to the Civil War and was an important part of the fight against slavery. In honor of Black History Month, this special tour, supplemented with hands-on activities, will be held at 1:00 p.m. every Saturday and Sunday in February and will be open to all visitors. Learn more.

February 9: Lift Every Voice: African Americans in Civil War Navies, Columbus, Ga.
To tell stories rarely told, the National Civil War Naval Museum will hold a special interactive tour with first-person living history interpretations. The program will explore the African-American experience in the U.S. Navy during the Civil War and highlight the Navy experience through the lens of African-American nurses, pilots, sailors and engineers. Learn more.

February 9: Lecture — “Why the Underground Railroad Matters Today,” Kennett Square, Pa.
Join a storytelling conversation that explores how faith and the rule of law played heavily into the actions and reasoning of Freedom Seekers and their allies, presented by the Kennett Underground Railroad Center. The talk will center on the ways in which the actions of Freedom Seekers align with the logic found in the Declaration of Independence and will feature a question-and-answer session. Learn more.

February 10: “Selective Service: Soldiers of Color in the Atlantic World,” Ticonderoga, N.Y.
Visit Fort Ticonderoga to learn about the complex, and often contradictory, history of soldiers of color on both sides of the Atlantic in the 18th century. This event will explore how the armies of the early modern Atlantic World policed the boundaries of race and military service during an era of global imperial conflict. Learn more.

February 11-16: Emancipation Proclamation Family Activities, Washington, D.C.
Join the National Archives Foundation and stop by the ReSource Room with your family before or after viewing the Emancipation Proclamation, which is on display from February 15-17, and learn more about this important document through hands-on discovery. Activities will be held 10:00 a.m. to 4:00 p.m. daily from February 11 through February 16. Learn more.

The American Battlefield Trust is dedicated to preserving America’s hallowed battlegrounds and educating the public about what happened there and why it matters today.  The nonprofit, nonpartisan organization has protected more than 50,000 acres associated with the Revolutionary War, War of 1812 and Civil War. Learn more at www.battlefields.org. 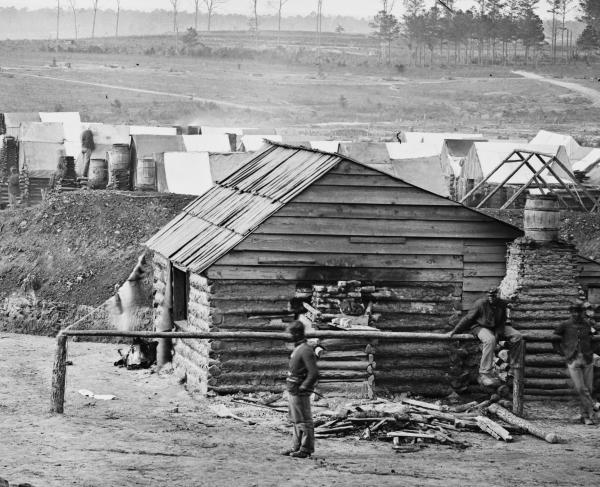