(Washington, D.C.) — The American Battlefield Trust expands its fresh approach to history with eight new videos in its award-winning series How We Became America: The UNTOLD History that focuses largely on the American Revolution. In concise, well-illustrated presentations of three minutes or less, the videos illuminate the Revolution’s great moments and leaders. The short programs answer questions that are often skipped, due to time limitations in the classroom, but help make the past come alive for curious, young students.

“More than just a land preservation organization, the American Battlefield Trust takes pride in its mission to educate the world about our history and to inspire this and future generations with powerful, place-centered stories that shaped the nation we have become,” said organization president David Duncan.

With the success of the Trust’s first three installments, which cover topics tied to the nation’s first century, the leading battlefield land preservation organization sought grant funding from the American Battlefield Protection Program’s battlefield interpretation grants to further expand its catalog with Revolutionary War content directly tied to specific locales  Further support was provided by Americana Corner, an online entity that offers insight on America’s founding and expansive first century while uplifting the work of storytellers and historians who are shining a light on the nation’s beginnings. The newly released videos are the first of an expected 80 to come out of the partnership.

Why did Alexander Hamilton tell his Continental Army soldiers to attack a British position with unloaded muskets?” The new video “The Bayonet: The Weapon That Was Turned on the Red Coats,” explains it all. How did the American Patriots not only destroy a hated statue of King George III but weaponize it against him? The answer is revealed in the new video “George III: The King Who Lost the Colonies.” Other new releases include “Fort Ticonderoga: Key to the Continent” and “Newburgh 1783: The Conspiracy That Threatened American Democracy.”

The still-growing series is produced and distributed by Makematic, a world-leading producer of video and animation for education. The series won a Silver Award earlier this year in the 43rd annual Telly Awards honoring excellence in video and television, plus a Gold in the Non-Profit Video category at this year’s W3 Awards.

“Working with the American Battlefield Trust to put a fresh spin on the Revolutionary War has been deeply rewarding,” said Mark Nagurski, co-founder of Makematic. “There is much more to America’s origin story than most of us remember from high school history class — more rich detail and more nuanced personalities. Together, we’re inspiring wonder in that formative moment and making it relevant in a whole new way.” 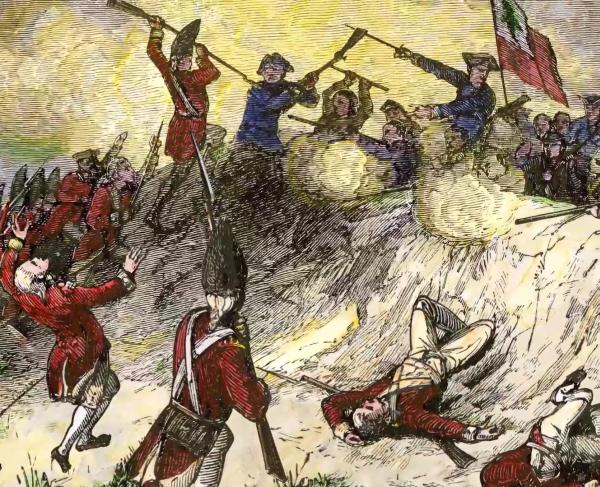 How We Became America: The Untold History