As development swarms Central Virginia’s hallowed ground, the nation’s leading battlefield preservation nonprofit launches a fundraising effort to save land that played a pivotal role in the 1863 battle

(Washington, D.C.) — Long known to historians as “Lee’s Greatest Victory,” the Battle of Chancellorsville has also become one of the great success stories of the modern battlefield preservation movement. Working alongside exceptional partner groups and with support of the federal and Commonwealth government, the American Battlefield Trust has saved more than 1,322 acres on the Spotsylvania County battlefield. Now, faced with a new generation of fast-acting developers, the Trust has launched an urgent fundraising campaign to protect 45 additional acres that witnessed the ferocious flank attack set forth by Confederate forces under Gen. Thomas “Stonewall” Jackson. The race to save hallowed ground around Fredericksburg is notably fierce, with the region named the Old Dominion’s fastest-growing for the last five consecutive years.

“Unprotected battlefield lands have never been more threatened. The land has never been more expensive, and the competition to buy it has never been more intense,” said Trust President David Duncan. “Securing these hallowed grounds ensures protection over one of the most studied, and most successful military actions in American history.”

Encompassing three tracts, the 45 acres at stake are valued at a mighty $1,656,000. However, with anticipated federal and state matching grants — as well as other gifts — the Trust’s private fundraising need boils down to $157,500 — a multiplication factor of $10.50-to-$1 on all gifts to the campaign.

At Chancellorsville, on May 3, 1863, Gen. Robert E. Lee divided his force in the face of a numerically superior Union force, instructing Jackson to undertake an audacious 11-mile flanking march to spring a surprise attack on the unprotected Union right flank. The massive risk paid dividends and dealt a devastating blow to the Union. But it exacted a high price from the victors too; Jackson was wounded by friendly fire and died 10 days later.

The largest of the three tracts — 43 acres situated along the Orange Turnpike (now Virginia State Route 3) — was once the site of Dowdall’s Tavern, where Federal troops from New York, Pennsylvania and Ohio formed the “Buschbeck Line” in an agonizing effort to stem the tide before ultimately being overwhelmed by the Confederates. Then the home of Reverend Melzi A. Chancellor, the tavern marked the headquarters of Union Gen. Oliver O. Howard, commander of the XI Corps. In the heat of the battle, Georgia regiments charged across the targeted tract toward Federals near the tavern. Following the fighting, the structure became a field hospital, witnessing further scenes of blood and heartbreak.

“The survival, undeveloped, of a tract this large in this crucial location is nothing short of miraculous,” noted historian and Chancellorsville expert Robert K. Krick. “Saving it would be a spectacular preservation coup.”

The campaign also aims to protect two smaller, but no less important, tracts on the Chancellorsville Battlefield. A nearly two-acre tract, surrounded by land saved by the Trust, will serve as a critical puzzle piece that fills in key gaps in the preserved historic landscape. Meanwhile, a sought-after sub-acre between the then Orange Turnpike and Orange Plank Road represents a key project for longtime Trust partner Central Virginia Battlefields Trust. Both parcels will contribute to the protection of a contiguous stretch of preserved hallowed ground. To learn more about the battle’s history, the Trust’s work to protect and interpret it, as well as the latest 45-acre campaign, visit www.battlefields.org/45AcresChancellorsville. 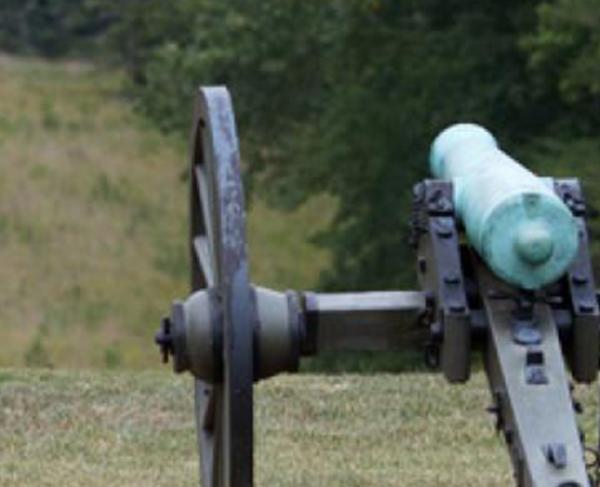