What you should know this month

Welcome to our page just for members! Stay up to date on member and preservation news throughout the year. Plus engage with trivia, download photos, enter to win prizes and more!

Take this short quiz to test your knowledge about the important events that happened in May! 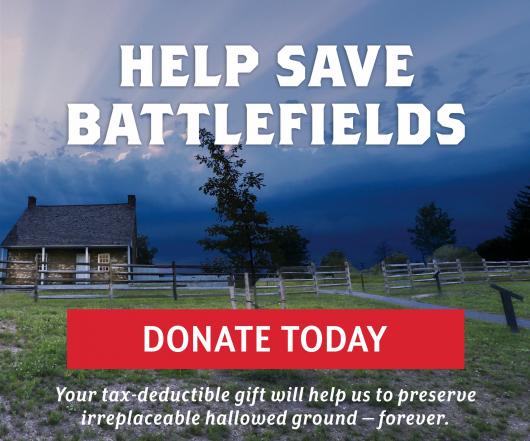 How do you plan to honor those that died while serving in the United States military this Memorial Day, May 30th? While you make plans, learn more about the important historical events that happened during the month of May.

From May 5-7, 1864, Confederate and Union forces fought in Spotsylvania and Orange Counties, VA, in the Battle of the Wilderness. While neither side could claim victory, this battle was the first stage of a major Union offensive toward the Confederate capital of Richmond, ordered by the newly named Union general-in-chief Ulysses S. Grant in the spring of 1864. From March until May 1781, Spain, in alliance with Patriot forces, faced off against Britain for control of Pensacola, Florida. After months of minor skirmishes, Spanish troops attacked the city on May 5th, and the British surrendered Pensacola on May 8th. While the Battle of Sackets Harbor, fought on May 29, 1813, was an American victory, panicked Americans afraid of British seizure set fire to naval stores and lost essential supplies.

Learn more about the battles and historical events that occurred in May below!

Battle of the Wilderness

Below are some links we think may be helpful to you. Have a membership question? Please call our membership center at 800-298-7878 or email us at info@battlefields.org.