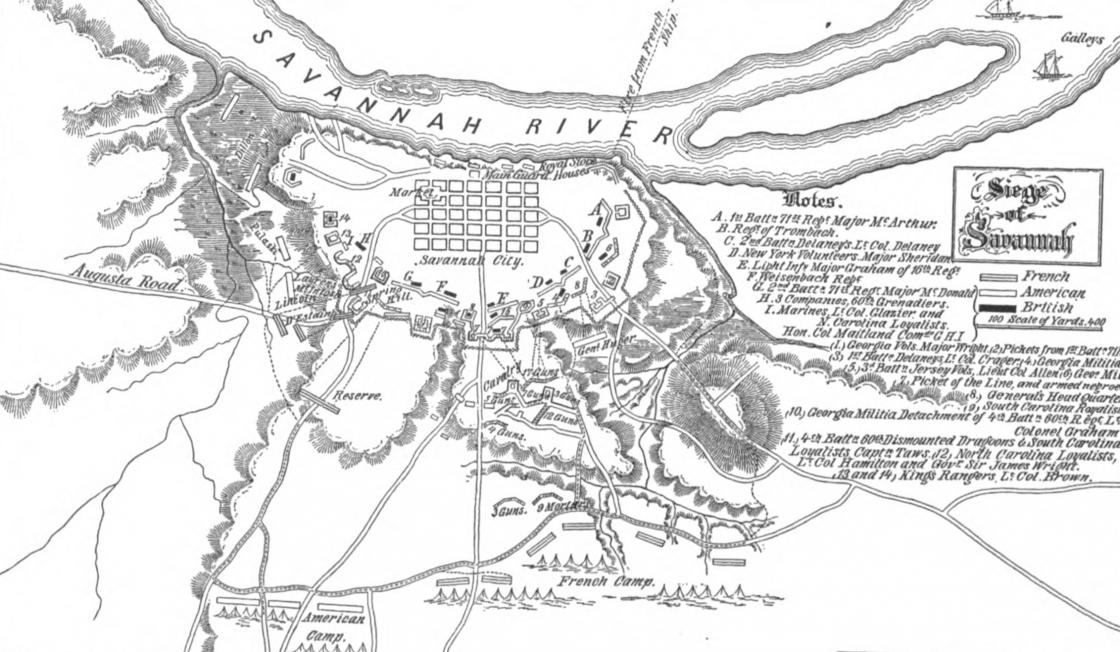 Historic map of the Siege of Savannah

Under the French admiral the comte d’Estaing, the Patriots assembled one of the most diverse armies of the Revolutionary War to retake British-controlled Savannah, Georgia in 1779.  French troops, Continental Army soldiers, Patriot militias, and a unit from the Caribbean colony of Saint-Domingue consisting of armed whites, free blacks, and slaves, surrounded the British defenses with trenches of their own.  Intimidation, bombardment of the city, and eventually a bloody frontal assault failed to dislodge the British defenders, and d’Estaing was forced to abandon the attack.

Image: Battles of the American Revolution, 1876

Learn More: The Siege of Savannah