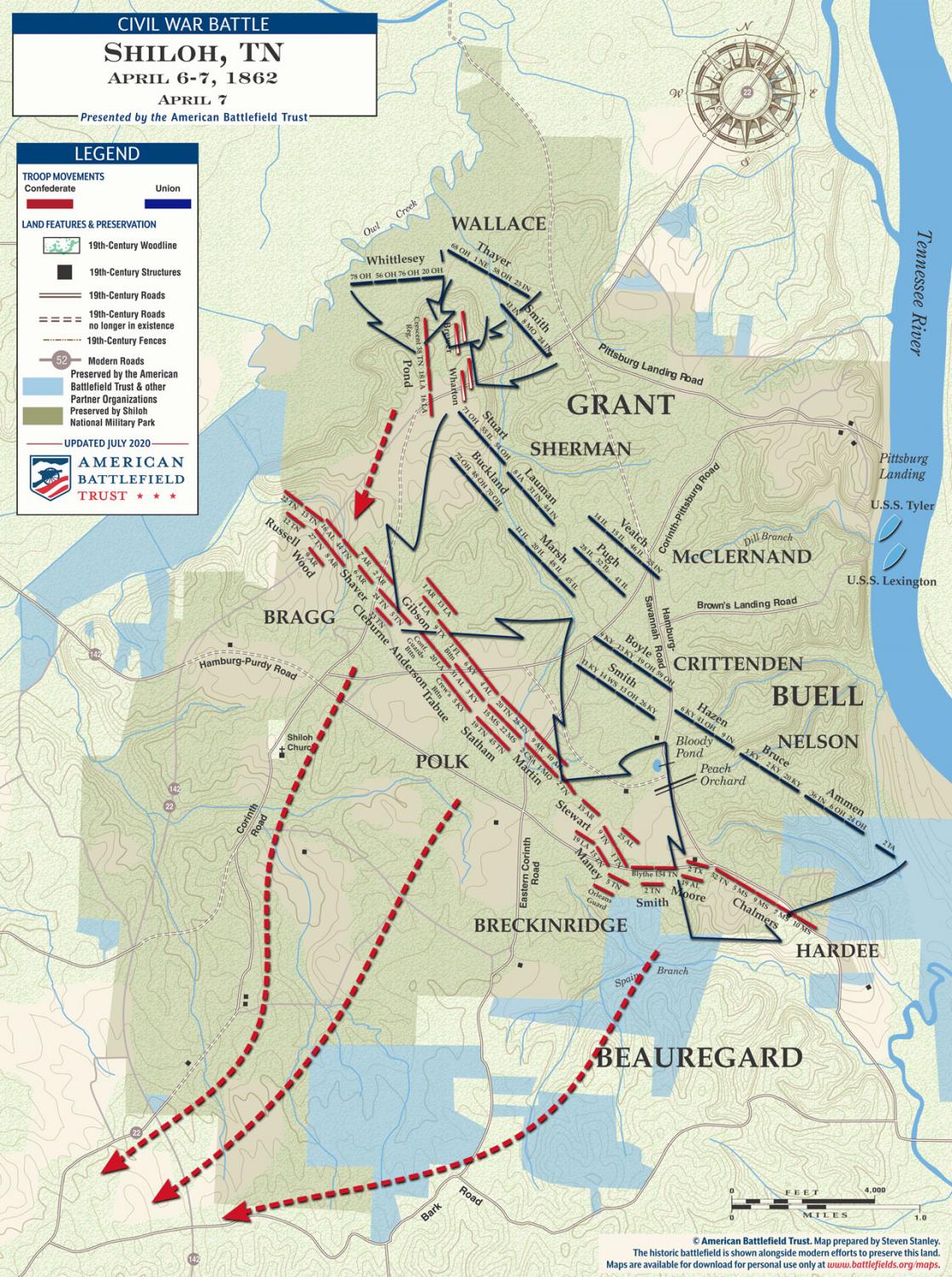 With the addition of Buell's men, Grant’s army of around 40,000 outnumbered Beauregard’s army of fewer than 30,000. Beauregard, however, was unaware of Buell’s arrival. When William Nelson’s division of Buell’s army launched an attack at 6:00 am on April 7, Beauregard immediately ordered a counterattack.  Lew Wallace’s Third Division joined in the attack from the Union right. All the ground lost to the Yankees the day before was recaptured. Though Beauregard's counter thrust was initially successful, Union resistance stiffened and the Confederates were compelled to fall back and regroup. Beauregard ordered a second counterattack, which halted the Federals' advance but ultimately ended in stalemate. By this point, Beauregard, having already suffered tremendous casualties, broke contact with the Yankees and retreated to Corinth. 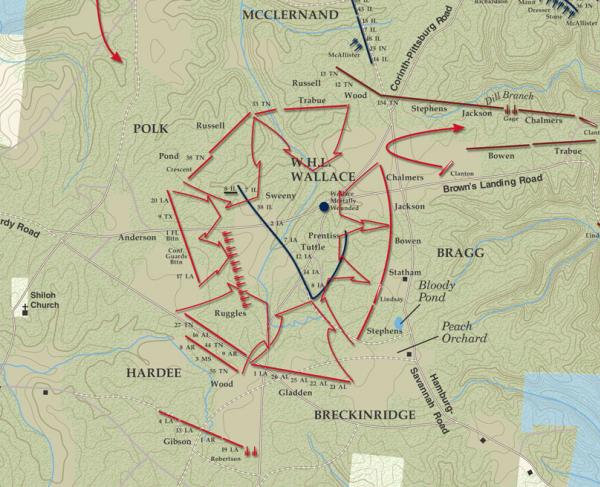 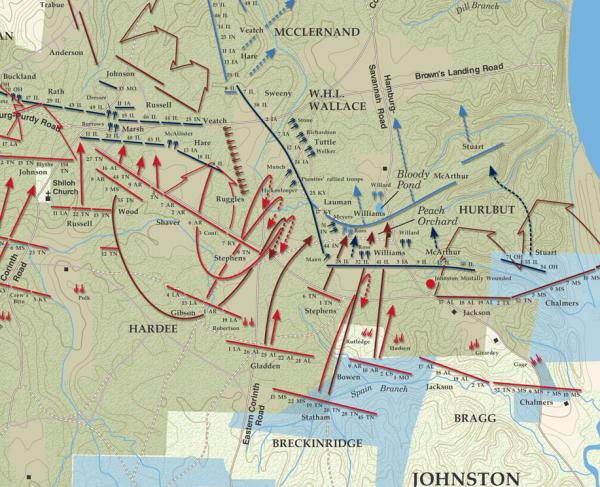