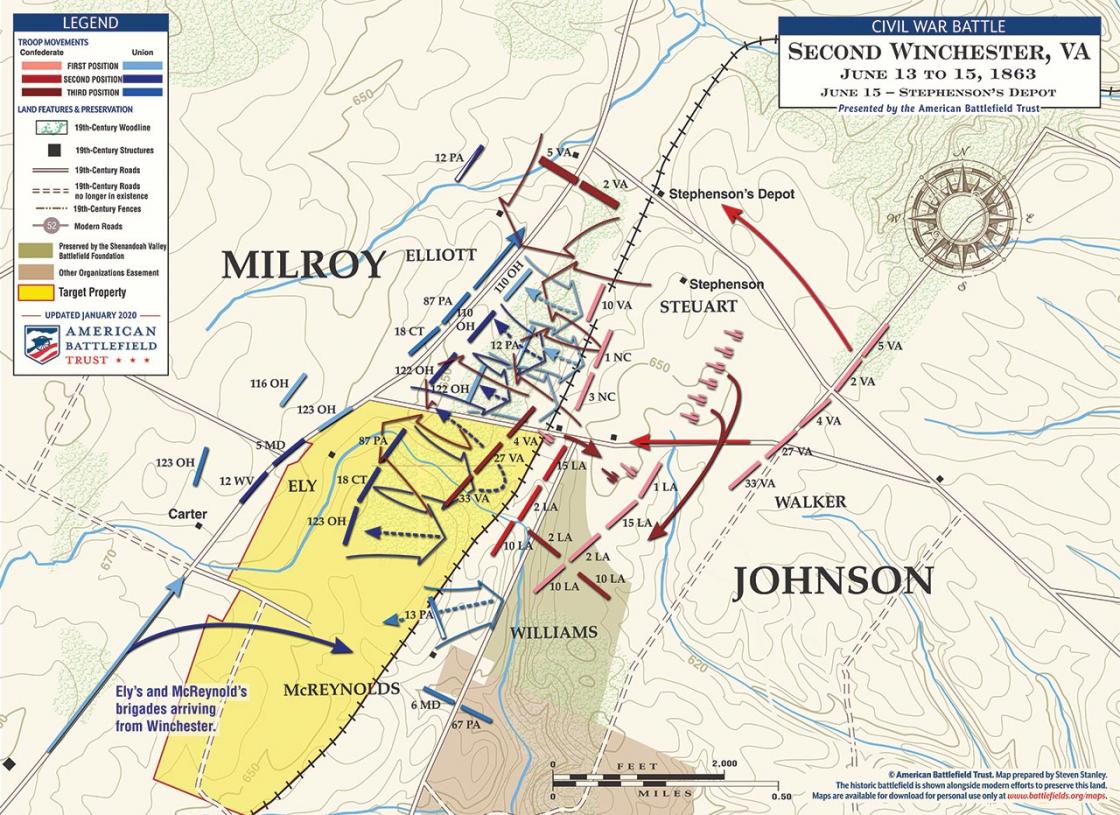 American Battlefield Trust’s map of the Battle of Second Winchester on June 15, 1863

At 1 a.m., on June 15, 1863, the Federals began evacuating Winchester, Va., via the Martinsburg Pike towards Harpers Ferry, WV. Wagons and artillery were left behind to keep the noise level to a minimum. All the men were soon evacuated. Unfortunately for Maj. Gen. Robert H. Milroy and the Federals, Maj. Gen. Edward "Allegheny" Johnson's division had marched through the night to intercept them via the railroad cut that ran parallel to the pike, at Stephenson's Depot. At 3:30 a.m., Johnson's men attacked the lead elements of the evacuating Federals. Mass confusion ensued, as men struggled to form firing lines in the dark. Some two hours of fighting ensued, but soon Milroy's command was in danger of annihilation. He attempted breaking through on both Confederate flanks, but failed both times, as artillery neutralized the infantry. A defeat turned into a rout as Federals surrendered in large numbers or fled towards Harpers Ferry or Maryland.