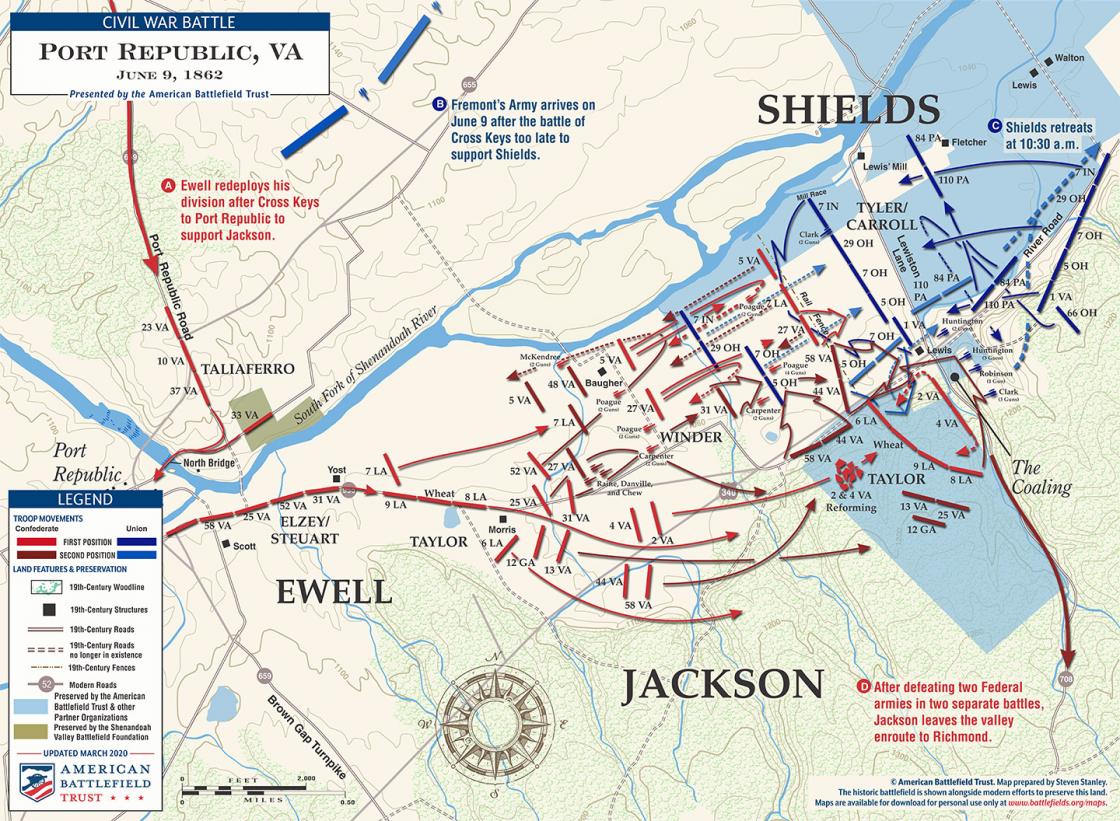 Just after 5:00 am on June 9, 1862, Confederate Gen. Thomas “Stonewall” Jackson ordered his famed “Stonewall” Brigade to attack Gen. Erastus B. Tyler’s position along Lewiston Lane. Artillery rounds from the "Coaling" tore into Jackson’s men advancing across the open plain, driving them back, with Yankee infantry in hot pursuit. Though Jackson outnumbered Tyler on paper, Confederate reinforcements were slowed considerably by a bottleneck at the North Bridge.

The situation east of the River Road was entirely different. Thick woods shielded the Southerners’ approach, allowing the 2nd and 4th Virginia to advance directly upon the Union gunners at the Coaling. The Virginians seized control of Tyler’s artillery platform only to be confronted by an onslaught of Federal infantry. After a vicious hand-to-hand struggle, the Confederates were forced to relinquish control of the guns while they waited for their own reinforcements. When help finally arrived in the form of Gen. Richard Taylor’s Louisiana brigade, the Southerners again charged the Coaling, this time taking it in the flank. This was too much for Tyler’s men, who hastily fled down the reverse slope. With the Yankee artillery position firmly in Confederate hands, the whole of Tyler’s line collapsed and withdrew in confusion.