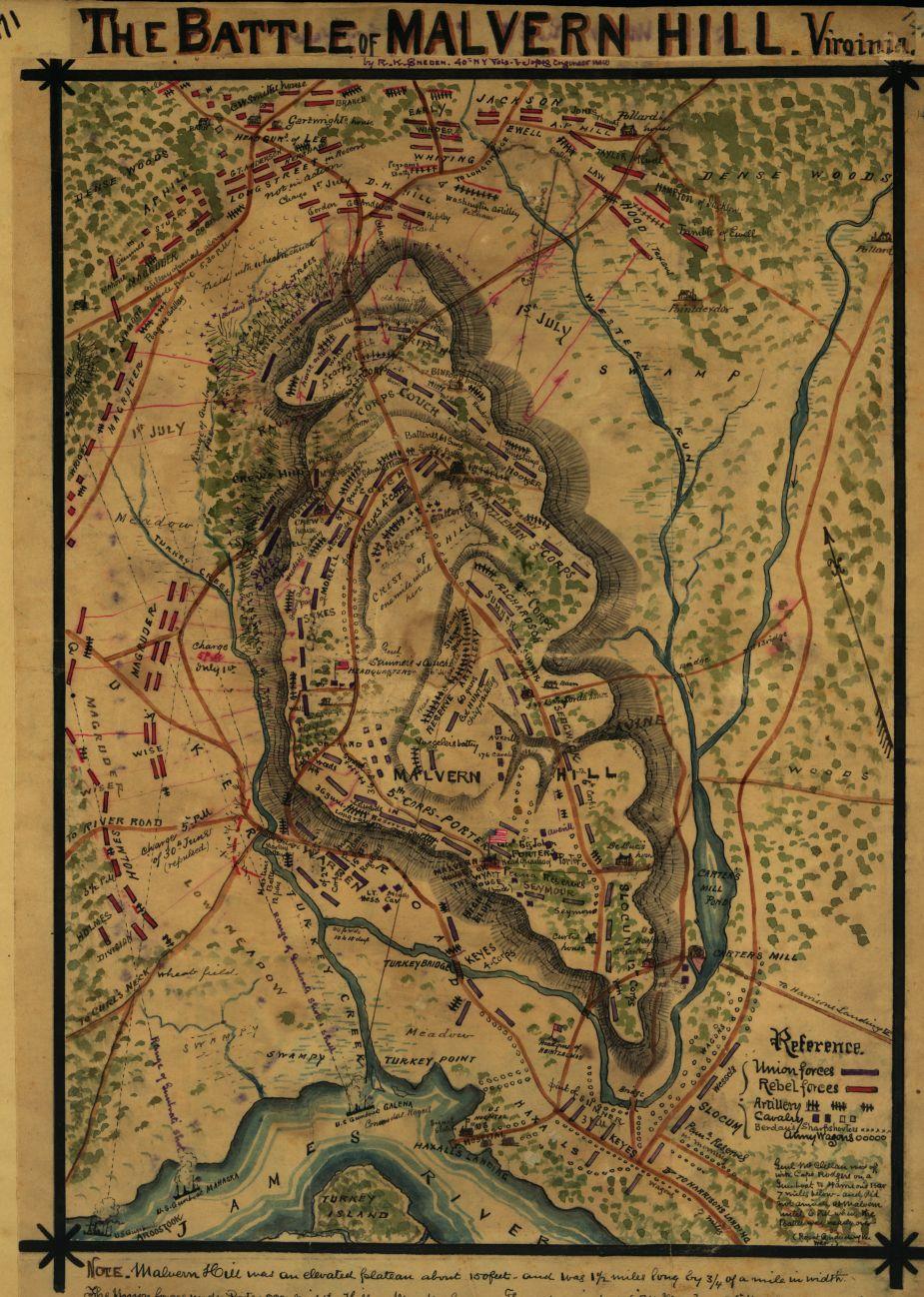 Historical map of the Battle of Malvern Hill

“The position of Union forces at Malvern Hill was on the West. Overlooking Warren were 36 guns having full sweep of the Valley and over the River Road. These batteries were [Stephen Hinsdale] Weed's NYork battery, Edwards’, Carlisle’s, Smead’s and Voegele’s. To these later in the day were added the siege guns 1st Conn. Artillery under Col. Robert O. Tyler[,;] these were placed on high ground near the Malvern House (or Wyatt’s brick house). These swept all the meadow to the left. [George Webb] Morrell prolonged [George] Sykes’ line on Crew’s Hill[;] on his left was Weeden’s battery of Rhode Island, also Livingston’s, Edwards’, Kingsbury, Ames, Waterman’s, Hydes and Bramhalls’ Batteries (61 guns) — all under supervision of Genl. [Charles] Griffin — other batteries were placed in reserve in back of Crew’s house and near West’s house — all these guns were in action — To these were added the immense guns of 3 gunboats on the James River. Shows the section of eastern Henrico County, Va., where the Battle of Malvern Hill took place. Sneden includes extensive notes discussing the position of various divisions and the course of action, including those below.

Notes
“The 1st and 4th Army Corps (Fitz-John Porter and Keyes) took their position on Malvern Hill on the morning of 30th June, they being the first to arrive there. The rest of the retreating army arrived there from 3 1/2 to 5 PM. The Enemy got there about 5 1/4 PM. Holmes’ Division of Magruder's Command.” – Page caption.
Color coding indicates the location of Union and Confederate forces.

This item is from the collections of the Virginia Historical Society; please contact the institution for more information.
In the Robert Knox Sneden Scrapbook (Mss5:7 Sn237:1 p. 172).

The Battle of Malvern Hill was the sixth and last of the Seven Days’ Battles. On July 1, 1862, Gen. Robert E. Lee launched a series of disjointed assaults on the nearly impregnable Union position on Malvern Hill. The Confederates suffered more than 5,300 casualties without gaining an inch of ground. Despite his victory, McClellan withdrew to entrench at Harrison’s Landing on James River, where his army was protected by gunboats. The Battle of Malvern Hill ended the Peninsula Campaign.  When McClellan’s army ceased to threaten Richmond, Lee sent Jackson to operate against Maj. Gen. John Pope’s army along the Rapidan River, thus initiating the Northern Virginia Campaign of the Civil War. 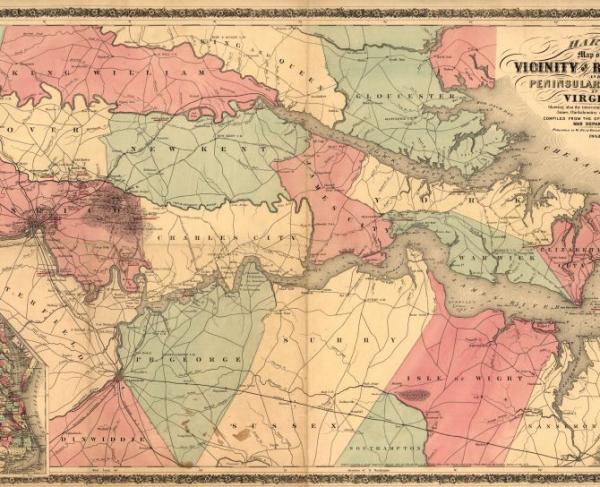 The Vicinity of Richmond, and Peninsular campaign in Virginia 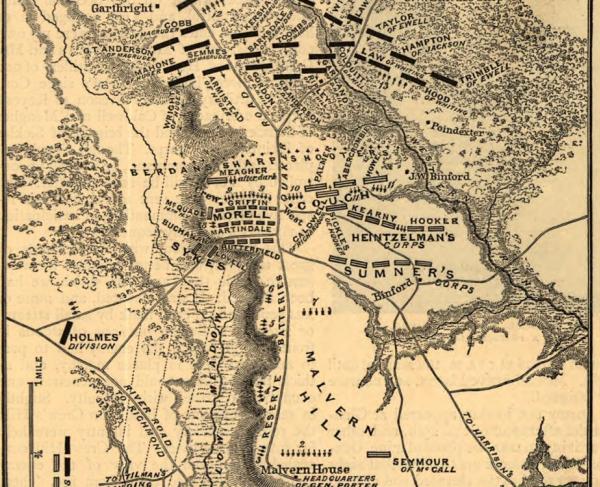 Map of the Battle of Malvern Hill