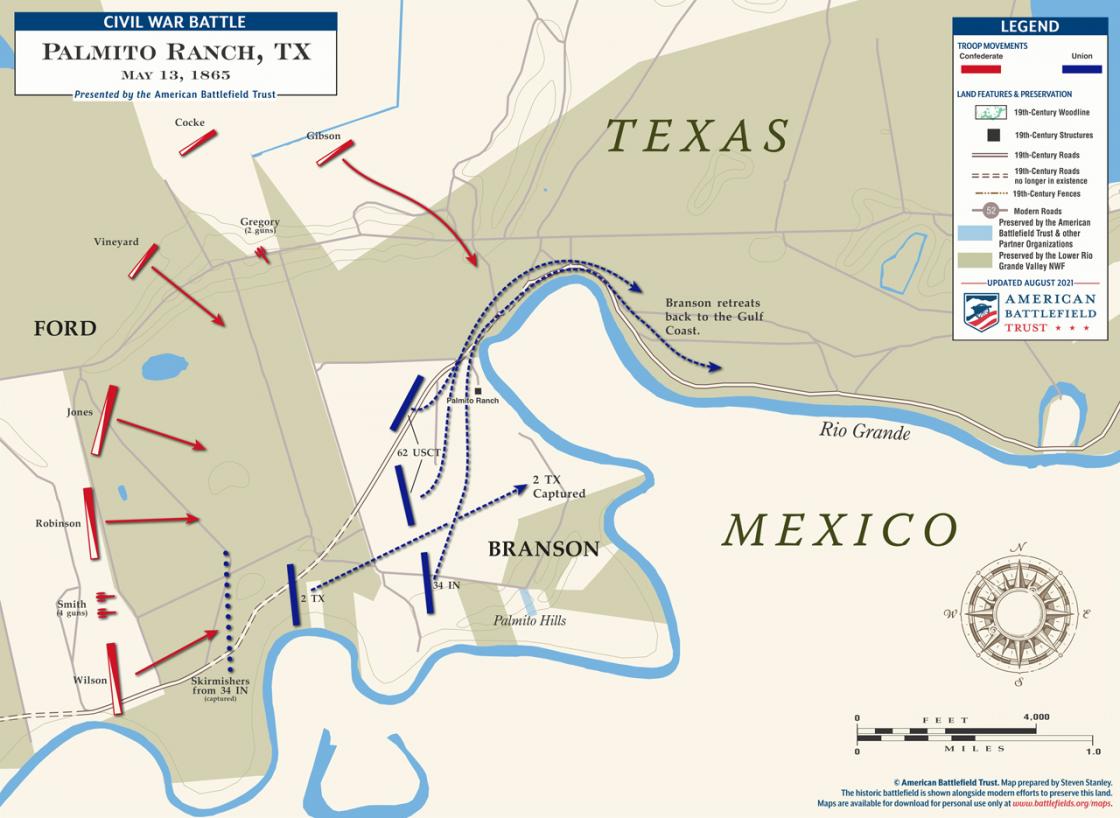 American Battlefield Trust’s map of the Battle of Palmito Ranch on May 13, 1865

On May 11, 1865, Union Col. Theodore H. Barrett, commanding at Brazos Santiago, Texas, dispatched Lt. Col. David Branson on an expedition with 250 men from the 62nd United States Colored Troops (USCT) and a contingent of the 2nd Texas Cavalry Regiment. Branson's objective was to attack and disperse Confederate outposts in the area. Two days later, Branson struck and scattered a Confederate force at Palmito Ranch. When the Confederates returned with reinforcements, Branson withdrew to White’s Ranch. Barrett soon appeared with elements of the 34th Indiana and the two officers set out for Palmito Ranch. Engaging in skirmishing, Barrett eventually pulled back. Later that afternoon, Confederates under Col. John S. "Rip" Ford bombarded Barrett's camp which compelled the Federals to abandon their expedition which brought an end to the last major battle of the Civil War.