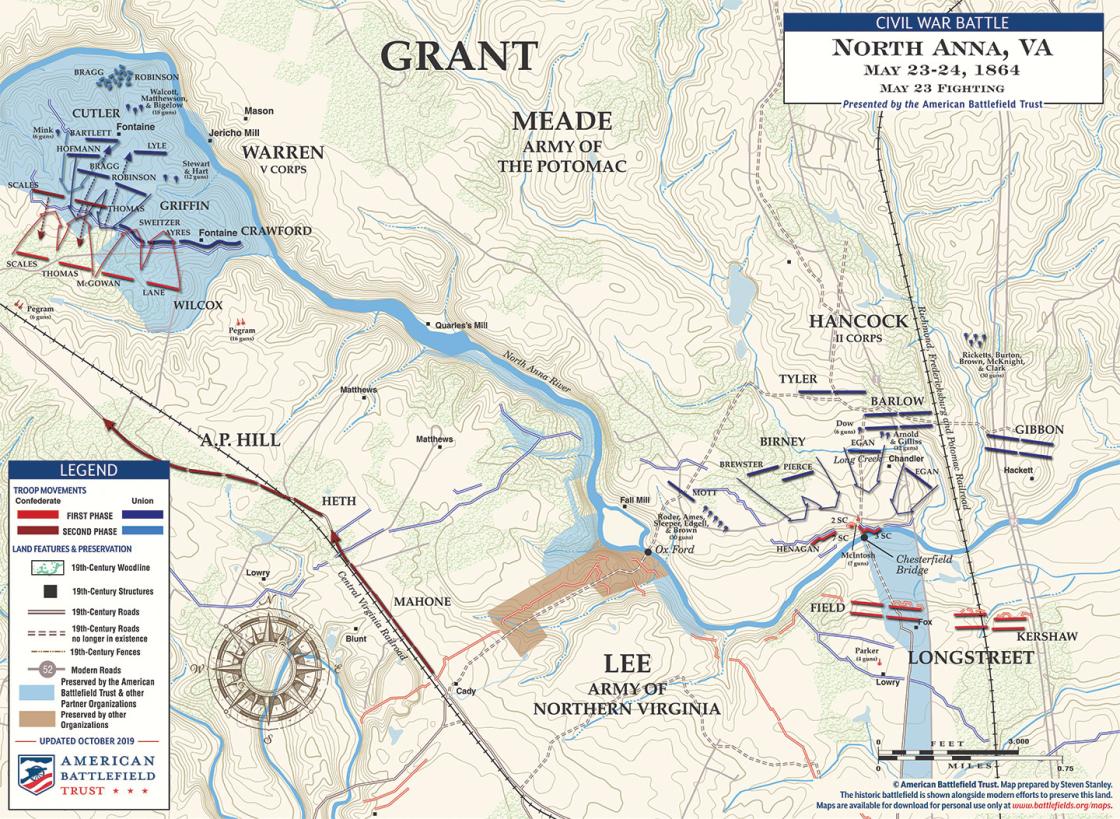 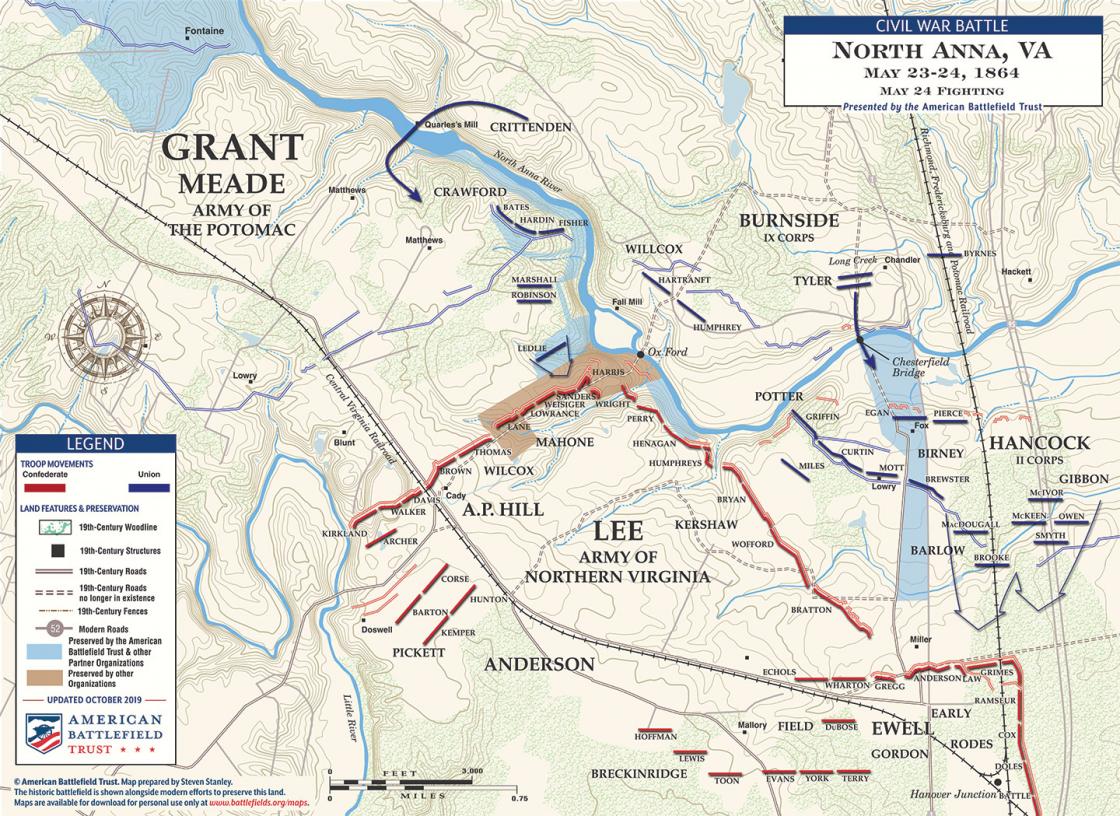 After leaving Mt. Carmel Church on the morning of May 23, 1864, Union Gen. Gouverneur K. Warren’s V Corps arrived at Jericho Mill around 1:30 pm. Surprised to find no Confederate's defending the river crossing, Warren began moving his corps across the ford to reach the Central Virginia Railroad. By 4:15 pm, two of Warren’s divisions had crossed the river using a pontoon bridge.

Meanwhile, on the south bank of the North Anna, Confederate Gen. A.P. Hill’s Third Corps was passing down the road toward Hanover Junction. Hill believed the crossing to be a cavalry feint, but dispatched Gen. Cadmus Wilcox’s division to dispute the crossing.

Warren’s Federals in Gen. Lysander Cutler’s division marched to the front. Before Cutler’s men could deploy, Gen. Edward Thomas’ Georgia brigade appeared, their commander “[hallooing] as if on a fox chase.” The Confederates struck the famous Iron Brigade, sending the veterans hurrying for the safety of the pontoon bridge. The rout caused one to later quip that it was the “I run” brigade. At the same time, the lead regiments from Thomas’ brigade broke for the rear as well, also surprised by the Federal infantry. Thus, the battle at Jericho Mill began with the unusual scene of both sides running in opposite directions.

Wilcox’s Confederates pushed into the gap opened by Cutler’s retreat, threatening to cut off the V Corps from their pontoon bridge. Artillery batteries under Col. Charles S. Wainwright raced through the sea of retreating Federal infantry and went into battery, opening fire as soon as they unlimbered. The discharges of massed canister tore into the Confederate ranks, driving Hill’s Southerners into the cover of a ravine.

Four miles to the southeast, along the Telegraph Road, Gen. Winfield S. Hancock’s Union II Corps approached the North Anna River. Hancock moved toward Chesterfield Bridge and a small redoubt manned by Col. John W. Henagan’s South Carolinian brigade. Despite sending repeated messengers to the rear as they watched Union skirmishers advance, Henagan received no reinforcements, nor any orders of retreat. Shortly after 6:00 p.m., an artillery barrage prefaced an infantry attack by Hancock’s men who scrambled up the Confederate defenses and chased the Rebels south across the river, capturing the bridge. 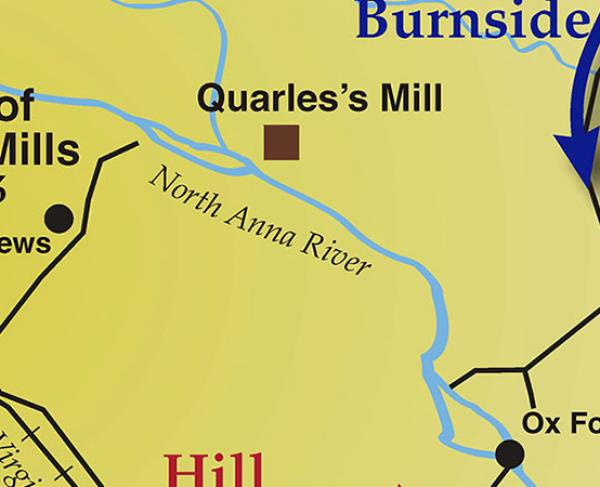