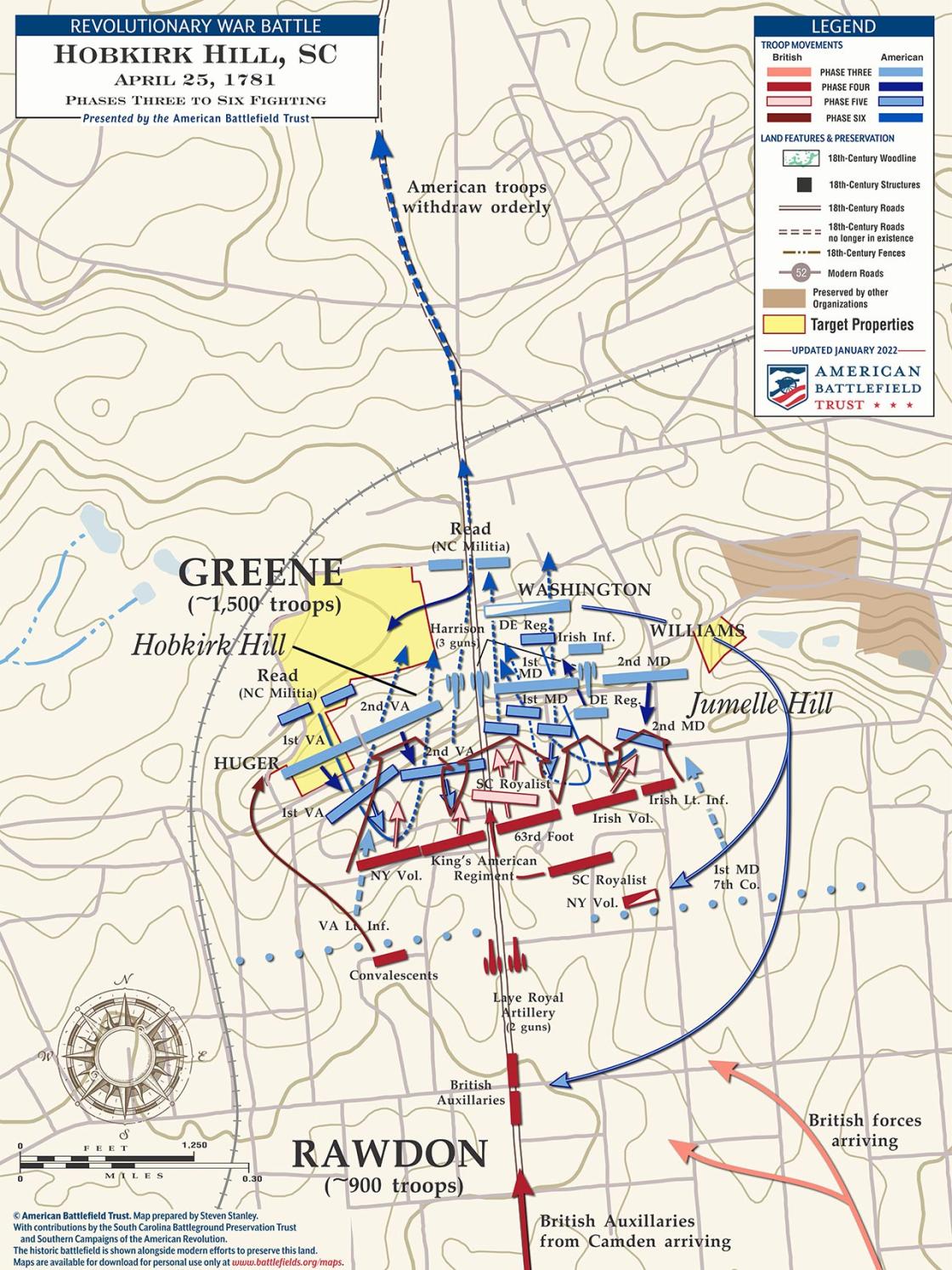 Following the capture of Charleston in May, 1780 the British army under Charles, Lord Cornwallis established a string of outposts throughout South Carolina. Camden, Lieutenant Colonel Francis Rawdon and the site of a catastrophic Continental defeat that summer, lay in the center of the British line.

In the early spring of 1781, Continental Maj. Gen. Nathanael Greene initiated a campaign to drive the British from South Carolina.  His first objective was Rawdon's garrison. Lead elements of Greene's force reached the outskirts of Camden on April 19 and the rest of the army arrived the following day. Finding Rawdon's defenses too strong, Greene assumed a position north of the garrison atop Hobkirk Hill.

On April 25, Rawdon sallied forth and launched an attack on the Continentals. Confusion and the loss of officers in Greene's ranks caused his line to fall apart, however, he managed to disengage and conduct an orderly withdrawal. Despite the victory, Rawdon, low on supplies, abandoned Camden a little over two weeks later.