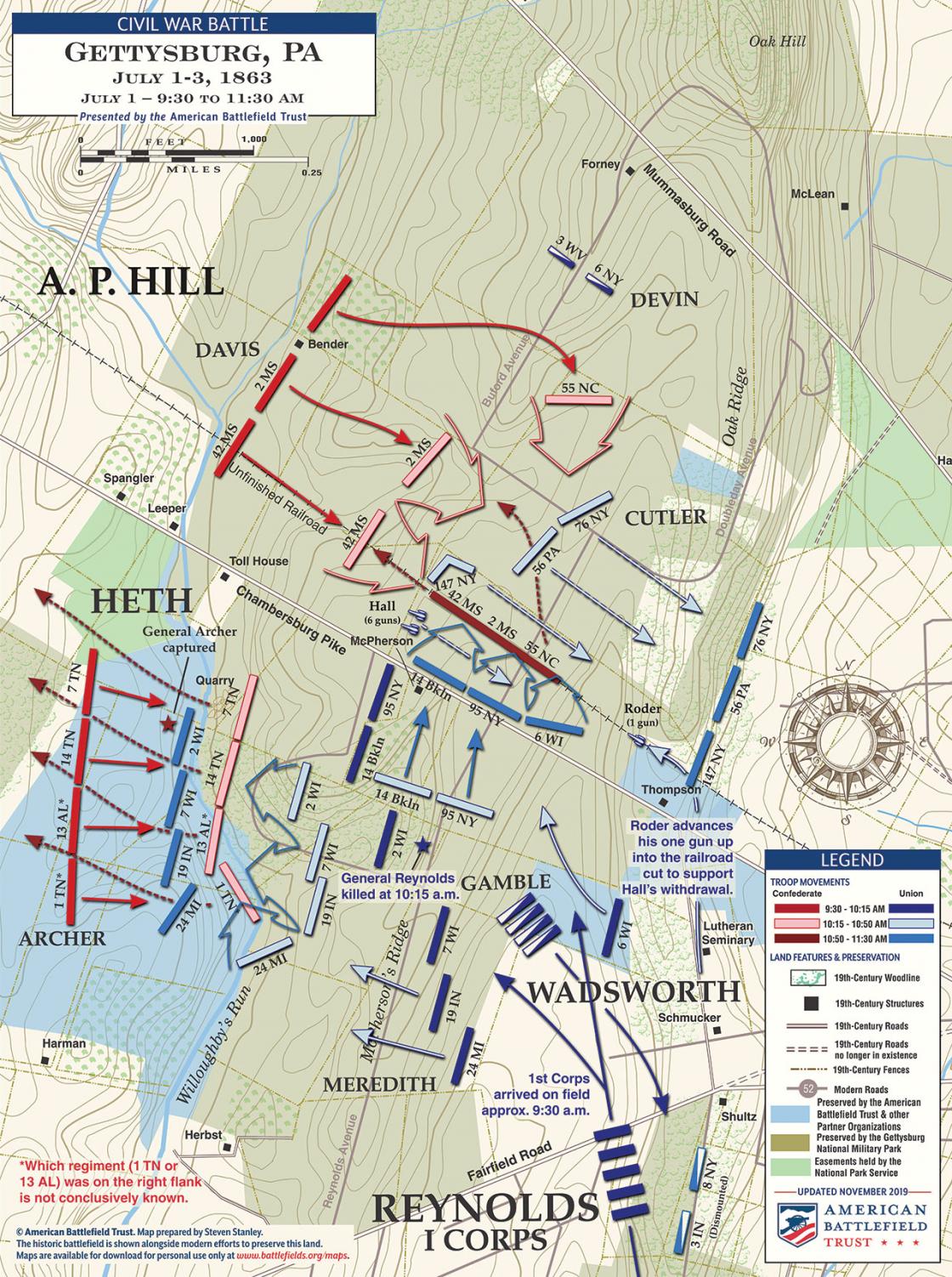 American Battlefield Trust’s map of McPherson’s Ridge at the Battle of Gettysburg on July 1, 1863

General Henry Heth, a new division commander in A. P. Hill’s Confederate Third Corps, requested permission to move into Gettysburg early on July 1, allegedly to search for supplies in the town. Hill approved Heth’s request, not expecting him to meet elements of the Union army. However, Heth’s brigades under Generals Joseph  Davis and James Archer confronted Union cavalry commanded by Gen. John Buford around 7:30 a.m. and deployed north and south of the Chambersburg Pike as the fighting began. Buford’s cavalry division had encamped around Gettysburg the previous evening, and deployed as picket outposts covering the roads leading to town from the north and west. Buford knew he could not beat an entire Confederate infantry division, but he could slow them down by forcing them off the turnpike into lines of battle.

Buford’s dismounted men successfully delayed the rebels advance until James Wadsworth’s division from John Reynolds’ I Corps arrived to push back Heth’s Confederates from McPherson’s Ridge. General Solomon "Long Sol" Meredith’s famed “Iron Brigade” captured Archer near Willoughby Run, and corps commander Reynolds was killed shortly after 10:00 a.m. The Confederates pressed the Yankee infantry hard, but at one point over 200 of Davis’ men were caught in the unfinished railroad cut and were forced to surrender.