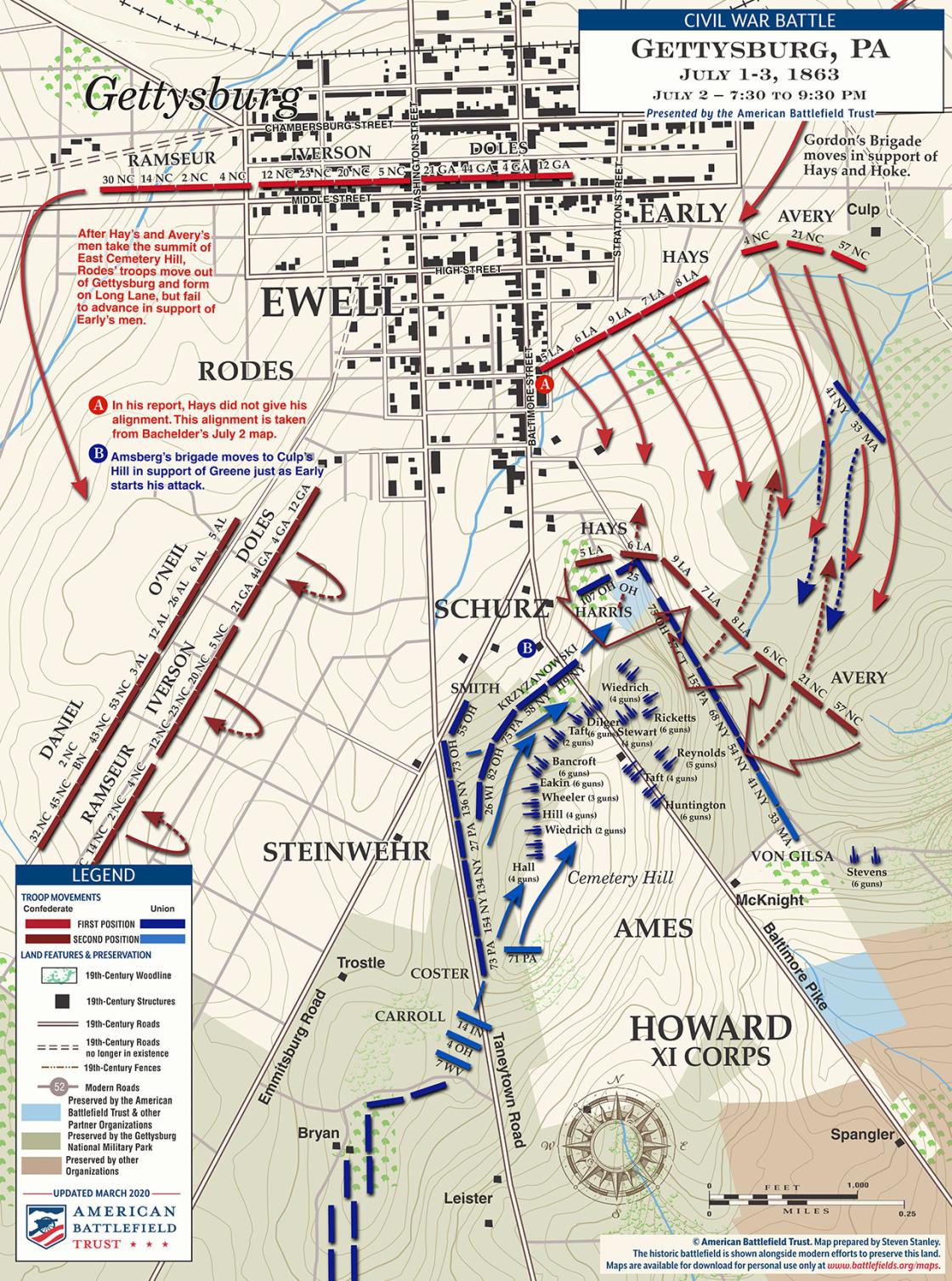 General Richard S. Ewell’s orders for July 2were to begin a demonstration on his front against the Union right on Cemetery and Culp’s Hills when Longstreet commenced his attack on the Federal left.  Ewell complied around 4:00 p.m. by ordering an artillery barrage against Cemetery Hill from Benner’s Hill, one mile east of Gettysburg. Two brigades of Jubal Early’s division were to advance on East Cemetery Hill in the early evening as darkness approached. The brigade of John Gordon and Robert Rodes division were to support the attack.

The brigades of Isaac Avery and Harry Hays swept south from the edge of the town and turned west against the Union position. The remnants of the XI Corps regiments posted at the bottom of the hill were overrun, and the rebels found themselves amidst the gunners of the artillery batteries atop East Cemetery Hill. Hand-to-hand fighting ensued in the gathering darkness. Early’s men fought stubbornly but were beaten back with the help of Union reinforcements. When Early’s men were pushed off the hill, Gordon and Rodes’ men ceased their advance.

The timely arrival of Col. Samuel Carroll’s II Corps brigade, fresh from assisting in the repulse of Ambrose Wright’s assault on Cemetery Ridge, helped stem the tide of Early’s assault. Carroll’s men crossed from one side of Cemetery Hill to the other, passing through the town’s Evergreen Cemetery, sweeping the remaining Confederates from the hill.