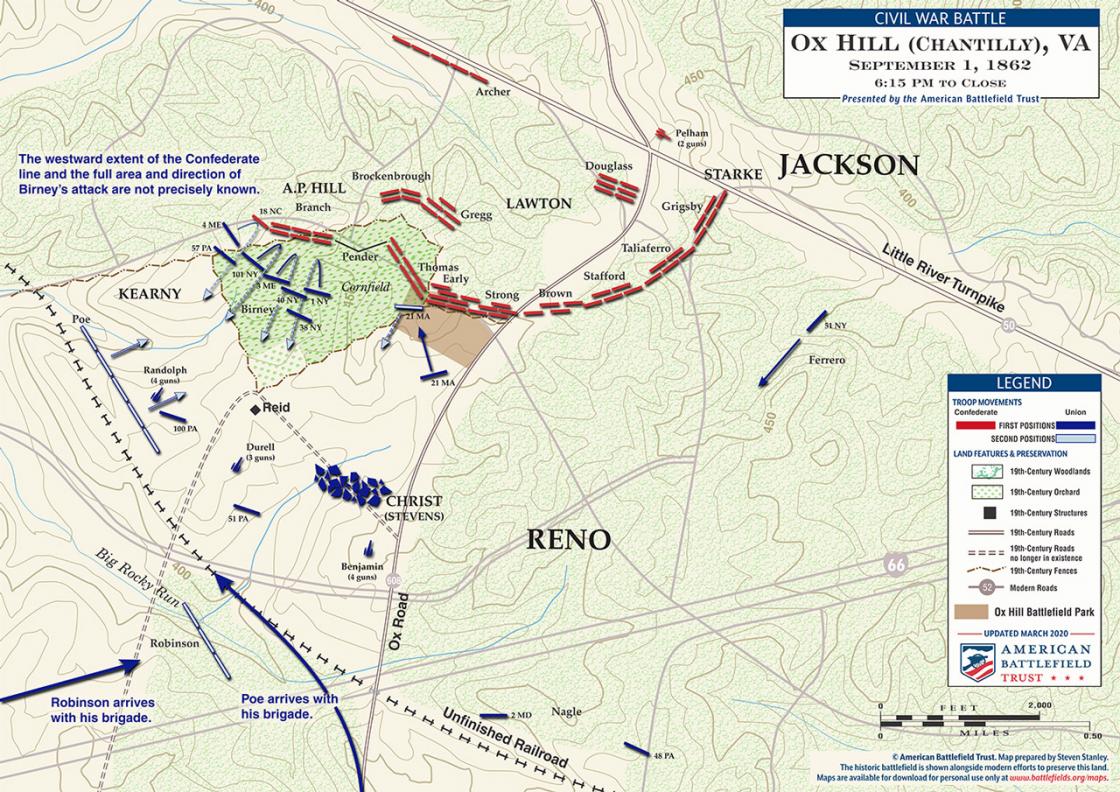 American Battlefield Trust’s map of the Battle of Chantilly (Ox Hill) on September 1, 1862 - 6:30 pm to close of the battle

Finding his troops outnumbered, General Phillip Kearny rode off in search of support, but none was close at hand. Riding to the front, the one-armed Kearny found himself in the midst of a thunderstorm, and face-to-face with Col. Edward Thomas’ Georgia brigade. Kearny wheeled his horse around as the Confederates called for his surrender. Shots rang out and Kearny was felled by a Rebel bullet that entered his hip and exited out of his shoulder. The general was dead before he hit the ground.

With two leaders killed in action, and a severe thunderstorm raging, the Battle of Chantilly came to an end. With Union forces in disarray, General Robert E. Lee grasped the opportunity to lead his army across the Potomac River into Maryland for its first incursion into the North.