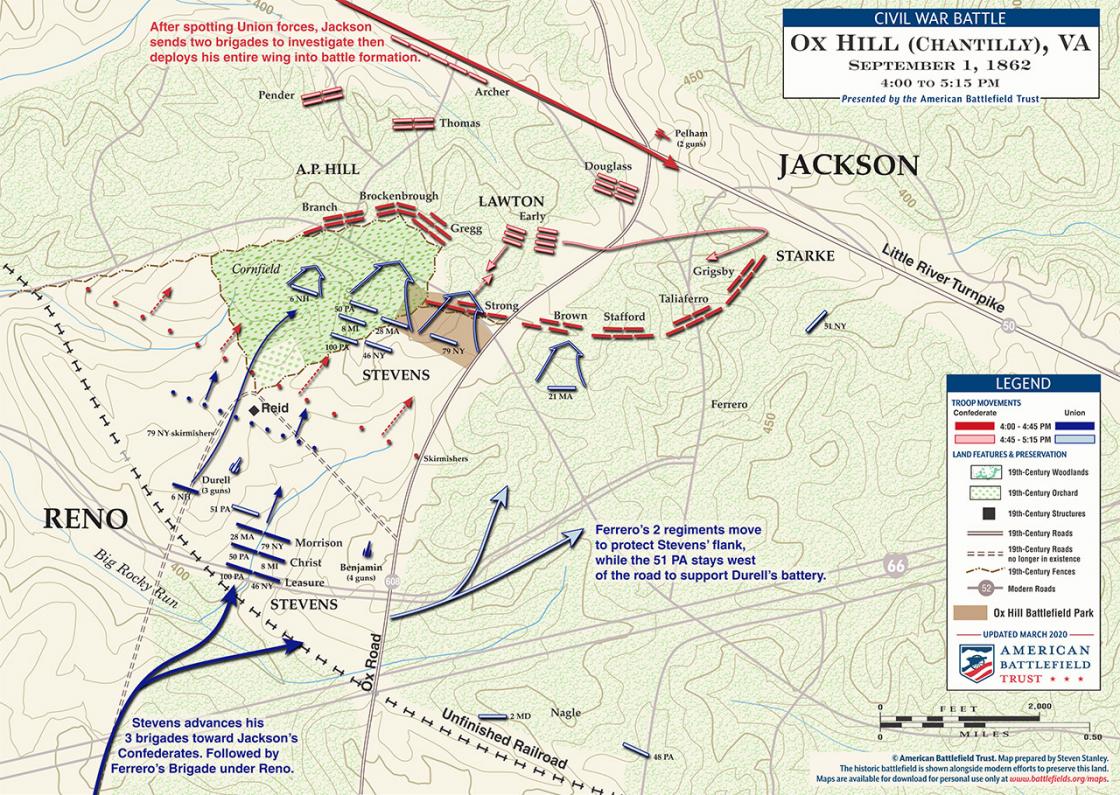 Near 4 p.m., Stonewall Jackson dispatched a reconnaissance force to ascertain the enemy’s strength and intentions near Chantilly, Virginia. Meantime, General Isaac Stevens deployed his Federals into a line of battle. Pressing two companies of his old regiment, the 79th New York Highlanders, forward as skirmishers, Stevens arrayed the remainder of his forces into a battleline. Amid a rainstorm, and in an attempt to clear the Little River Turnpike of Confederates, Stevens ordered his units forward. The Federals marched into the jaws of elements of three Confederate divisions. With his assault foundering, Stevens seized the flag of the 79th New York and urged the men forward. As he leaped over a fence, a Confederate bullet struck Stevens in the head, killing him instantly. Enraged, the Federals surged forward, breaching the Confederate position. 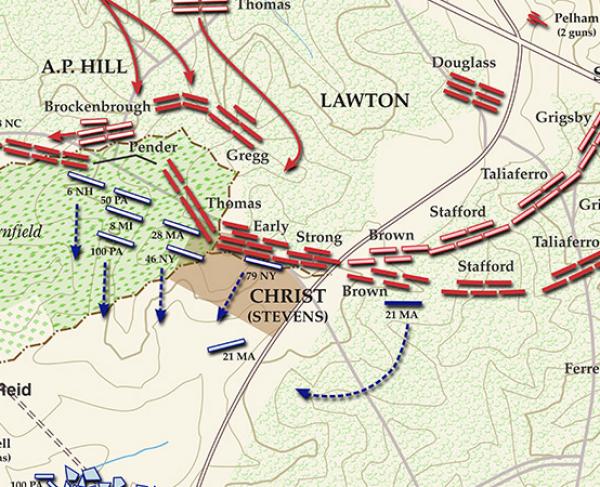 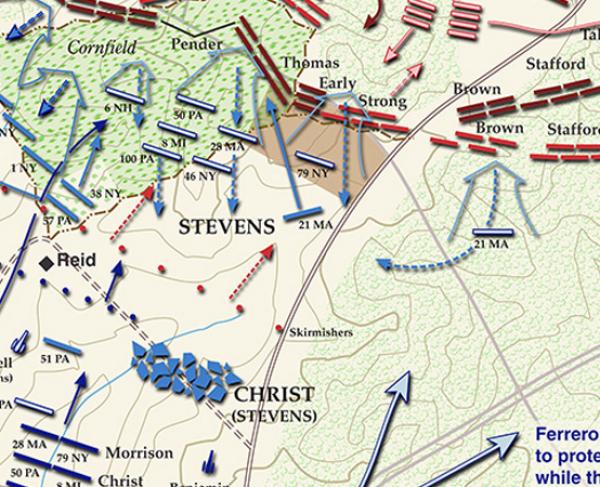