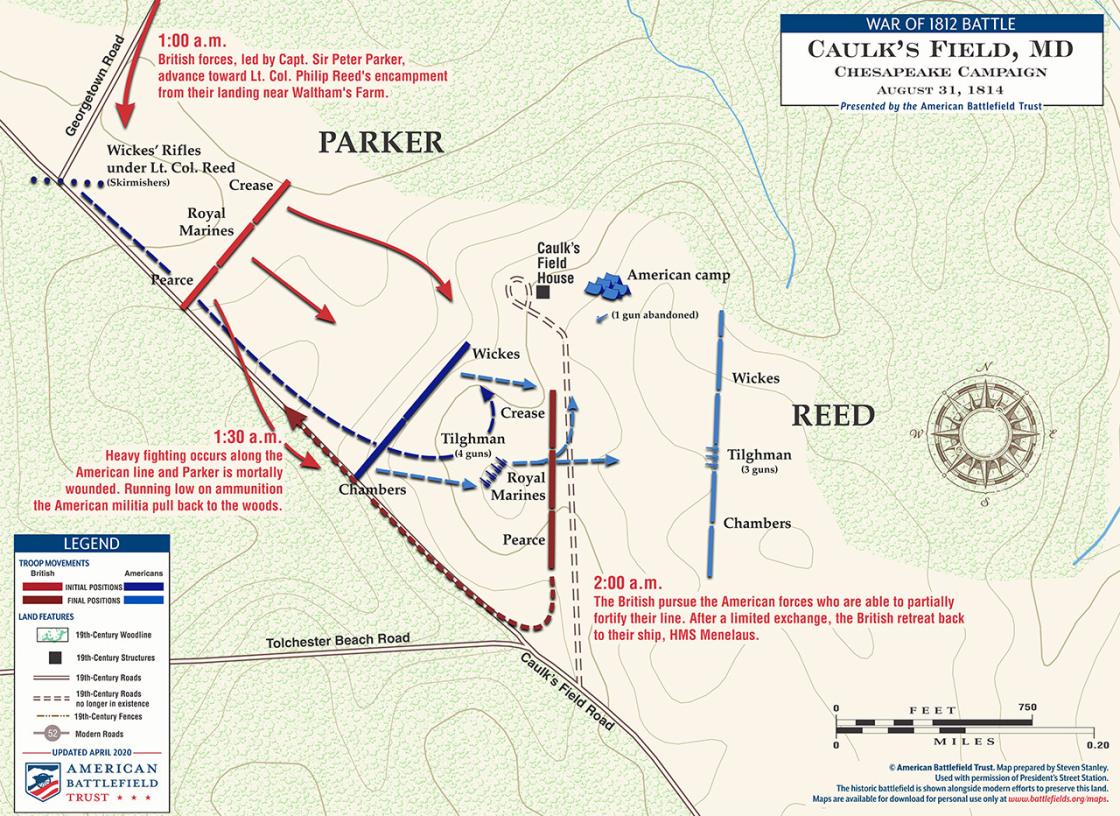 The American Battlefield Trust's map of the Battle of Caulk's Field, Maryland on August 31, 1814

Reinforced by a newly arrived army in the summer of 1814 under Maj. Gen. Sir Robert Ross, the British soundly defeated an American force at the Battle of Bladensburg on August 24. Ross and Cockburn then marched into the United States capital of Washington, DC, and set fire to the city. The British then moved north toward the vital port of Baltimore.

To support his operation, Cockburn created a diversion on the Eastern Shore of Maryland to keep the Americans from sending reinforcements to Baltimore. With a contingent of Royal Marines and sailors, Captain Sir Peter Parker landed in Kent County, Maryland, on August 30. Parker summarily burned two plantations before he learned of the presence of Maryland militia several miles away near Bel Air. Rather than return to the safety of his ship, Parker elected to move forward and engage the Marylanders in a rare night battle.

Waiting for Parker in the darkness were several companies of Lt. Col. Philip Reed’s 21st Maryland Regiment. Apprised of Parker’s activity by a party of cavalrymen, Reed placed his men in an open field on the property of Isaac Caulk. He deployed skirmishers under Capt. Simon Wickes to contest the British movement.