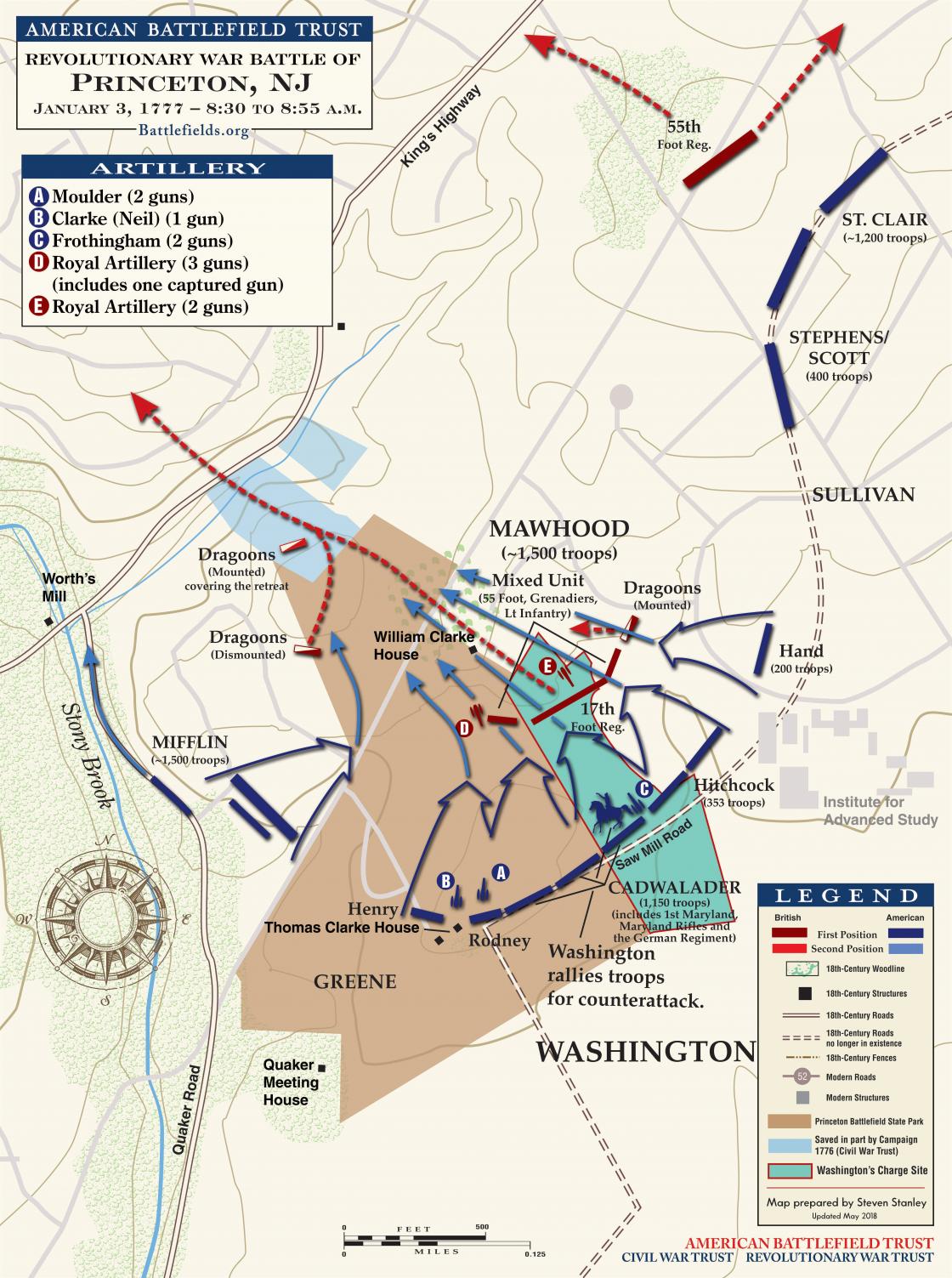 On January 3, 1777, General George Washington was eager to follow up on his improbable Christmas night victory at Trenton. Evading Cornwallis’ main army, Washington and his outnumbered army stole a night march, to attack the British reserve troops and baggage train, headquartered at Princeton. But as Washington’s forces approached the town, the British commander there spotted the American vanguard, and fighting flared.

Lines of infantry blazed away at each other from a mere 40 yards, until finally the Redcoats launched a howling, furious bayonet attack, causing the Americans to break. American General Hugh Mercer – fighting off the blows with his sword – was bayonetted seven times and left for dead, as were many other American officers and men. Into this swirling chaos, with an army on the brink of destruction, “a tall man on a white horse could be seen galloping toward the scene of battle.” General George Washington had arrived on the Princeton battlefield. Washington rallied his men, gave the order to advance, and led them to within 30 yards of the British line, ordering them to fire.

The British returned the volley. Historian W.J. Wood writes that “Colonel John Fitzgerald of [Washington’s] staff covered his eyes so that he would not see his commander blasted from the saddle. Yet when the smoke began to clear, there was Washington, standing in his stirrups, calmly waving his men forward.” It was too much for the British, and now it was their turn to break and run, with Washington shouting, “It's a fine fox chase, boys!” as he led the pursuit. Some British soldiers retreated all the way to Nassau Hall (now Princeton University) in the town, until a young artillery captain named Alexander Hamilton fired a few shots into the grand building. Legend has it that one of his shots beheaded a portrait of King George II. The 194 British defenders finally waved a white flag, ending the Battle of Princeton.

Learn More: The Battle of Princeton 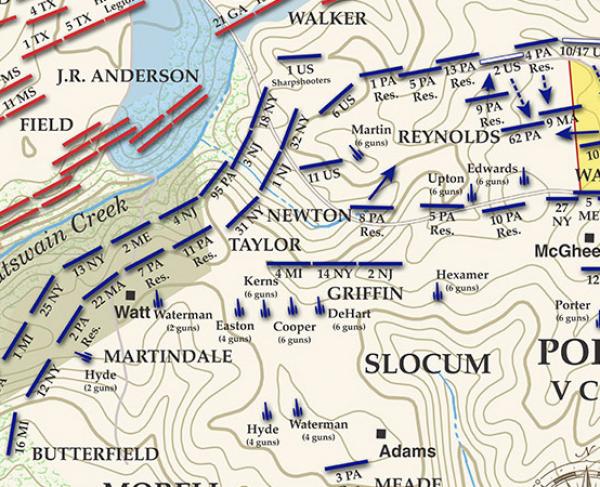