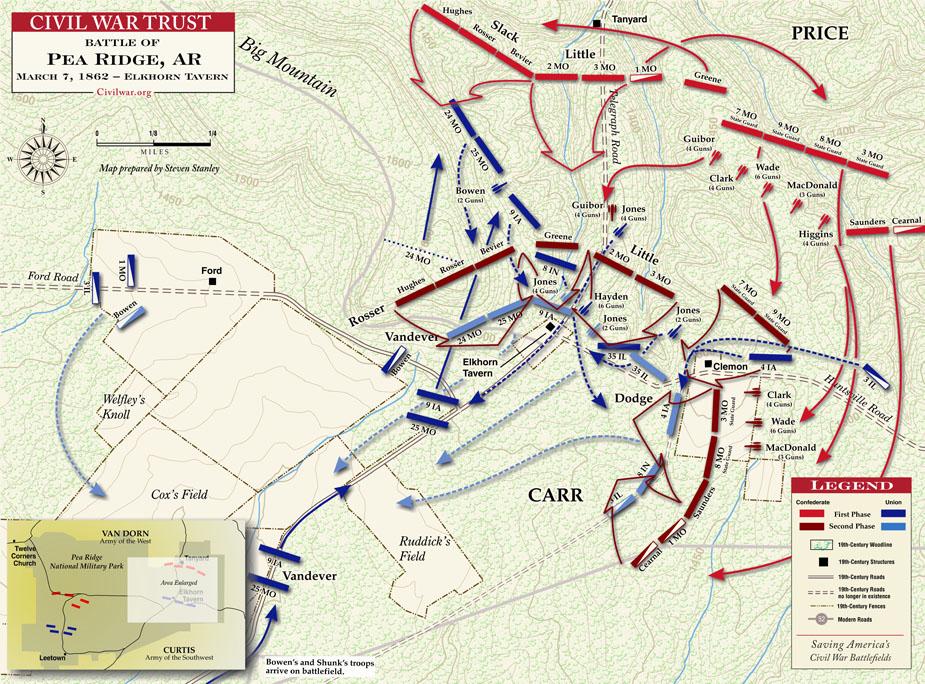 Rather than attack Gen. Samuel R. Curtis' fortifications, Confederate Gen. Earl Van Dorn proposed to march around the Union right flank and strike the Federals in the vicinity of Elkhorn Tavern.  In the course of the maneuver, however, Van Dorn's two wings under Gen. Benjamin McCullough and Gen. Sterling Price were divided and compelled to advance on two roughly parallel roads, separated by Pea Ridge. On the morning of March 7, 1862, the head of Van Dorn's column struck the 24th Missouri near Elkhorn Tavern.  Federal infantry of Col. Eugene Carr's division rushed to the aid of the lone regiment, but to no avail.  Though Van Dorn's cautious deployment of Price's force allowed Carr ample time to reinforce his troops at Elkhorn, the Southerners still held the numerical advantage.  Successive waves of Confederate attacks on both Union flanks, forced the Yankees to fall back to Ruddick's Field.  Late in the afternoon Union commander Curtis organized an abortive counterattack in the fading daylight.  Though the Confederates had pushed the Yankees, their inability to link up with McCullough's force ultimately denied Van Dorn a complete victory. 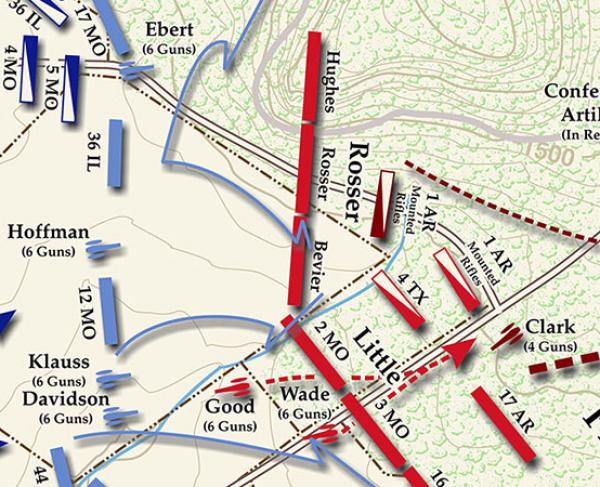 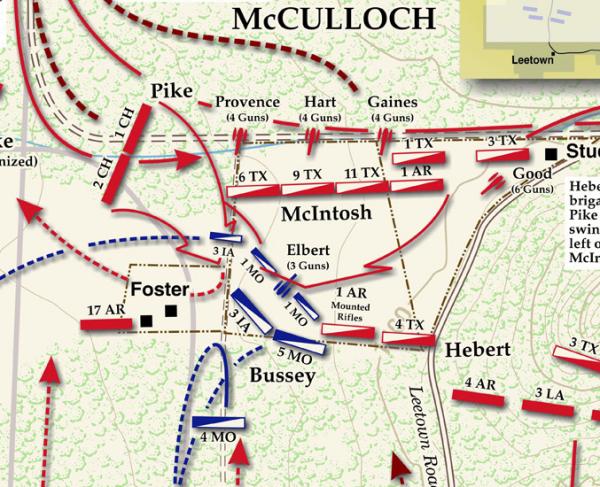