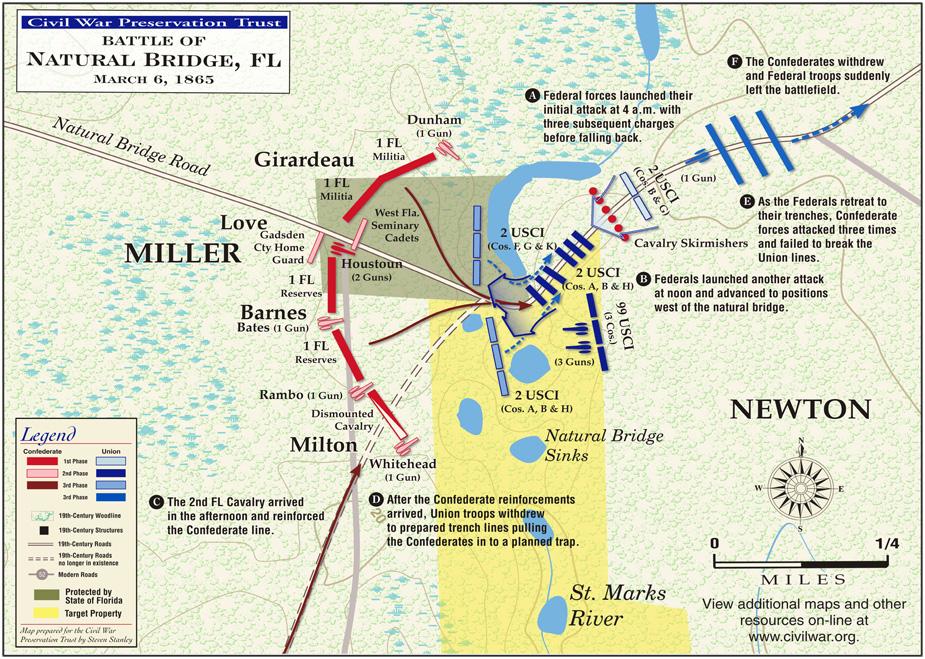 American Battlefield Trust’s map of the Battle of Natural Bridge

Maj. Gen. John Newton had undertaken a joint force expedition to engage and destroy Confederate troops that had attacked at Cedar Keys and Fort Myers and were allegedly encamped somewhere around St. Marks. The Navy had trouble getting its ships up the St. Marks River. The Army force, however, had advanced and, after finding one bridge destroyed, started before dawn on March 6 to attempt to cross the river at Natural Bridge. The troops initially pushed Rebel forces back but not away from the bridge. Confederate forces, protected by breastworks, guarded all of the approaches and the bridge itself. The action at Natural Bridge lasted most of the day, but, unable to take the bridge, the Union troops retreated to the protection of the fleet.