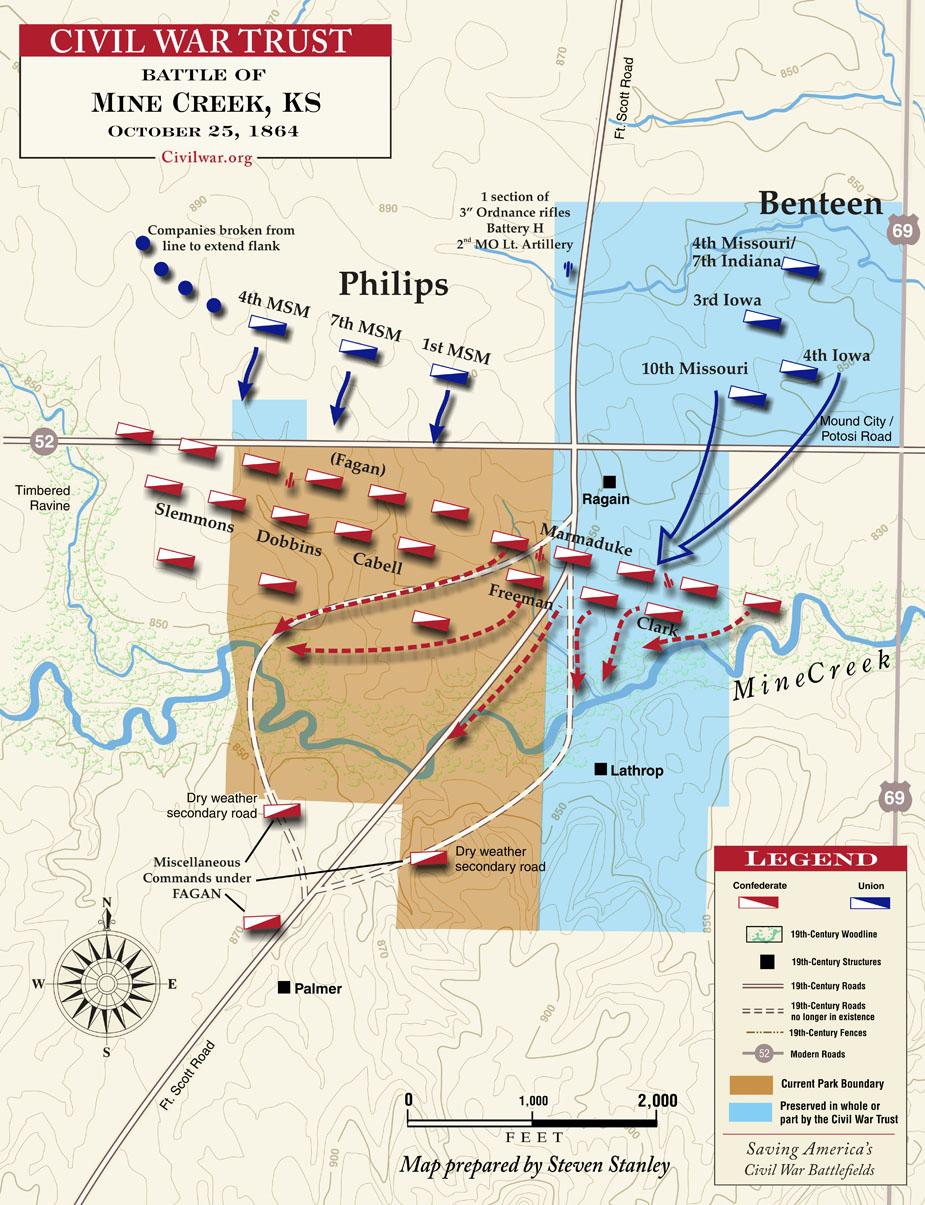 The Battle of Mine Creek

American Battlefield Trust’s map of the Battle of Mine Creek

About six miles south of Trading Post, where the Marais de Cygnes engagement had occurred, the brigades of Col. Frederick W. Benteen and Col. John F. Phillips, of Maj. Gen. Alfred Pleasonton’s Provisional Cavalry Division, overtook the Confederates as they were crossing Mine Creek. These Rebels, stalled by their wagons crossing the ford, had formed a line on the north side of Mine Creek. The Federals, although outnumbered, commenced the attack as additional troops from Pleasonton’s command arrived during the fight. They soon surrounded the Rebels, resulting in the capture of about 600 men and two generals, Brig. Gen. John S. Marmaduke and Brig. Gen. William L. Cabell. Having lost this many men, Price’s army was doomed. Retreat to friendly territory was the only recourse.

Learn More: The Battle of Mine Creek

explore the battle of mine creek