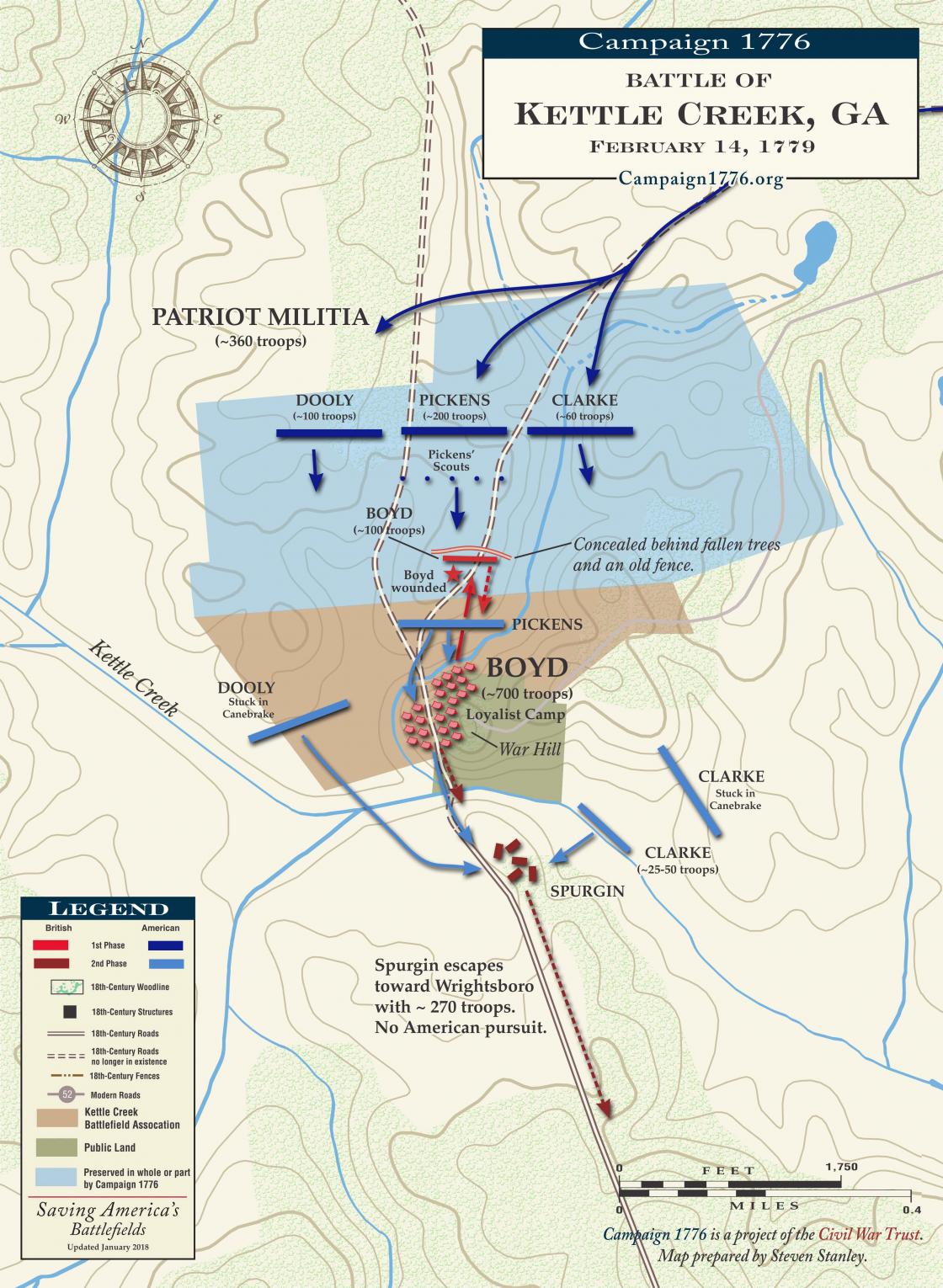 Map showing the troop movement at the Battle of Kettle Creek and the land preserved today.

American Battlefield Trust's map of the Battle of Kettle Creek

In early February, 1779, Colonel John Boyd set out with a newly raised regiment of 800 Tories. His goal was to unite with British General Archibald Campbell’s force, which had successfully captured Augusta, Georgia. During their march south, however, Boyd’s men suffered about 100 casualties, inflicted upon them by pursuing Patriot partisans.