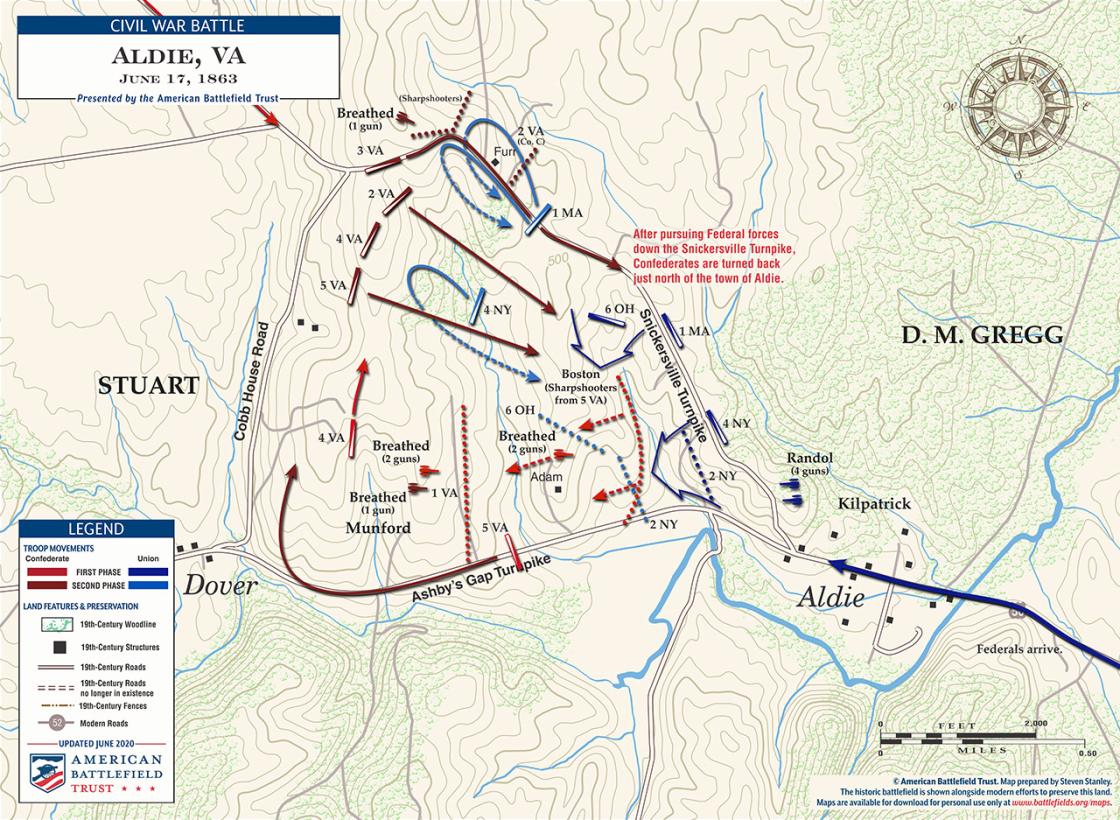 The American Battlefield Trust's map of the Civil War Battle of Aldie on June 17, 1863

General Jeb Stuart’s cavalry screened the Confederate infantry as it marched north behind the sheltering Blue Ridge Mountains. The pursuing Federals of Brig. Gen. Judson Kilpatrick’s brigade, in the advance of Brig. Gen. David Gregg’s division, encountered Col. Thomas T. Munford’s Virginia troopers near the village of Aldie on June 17, 1863, resulting in four hours of stubborn fighting. Both sides made mounted assaults by regiments and squadrons. Kilpatrick was reinforced in the afternoon, and Munford withdrew toward Middleburg where the battle would continue the next day. The battles at Aldie, Middleburg, and Upperville along the Ashby's Gap Turnpike successfully delayed the Union cavalry thrust across the Loudoun Valley, preventing the Federals from finding Lee's army.

Learn More: The Battle of Aldie